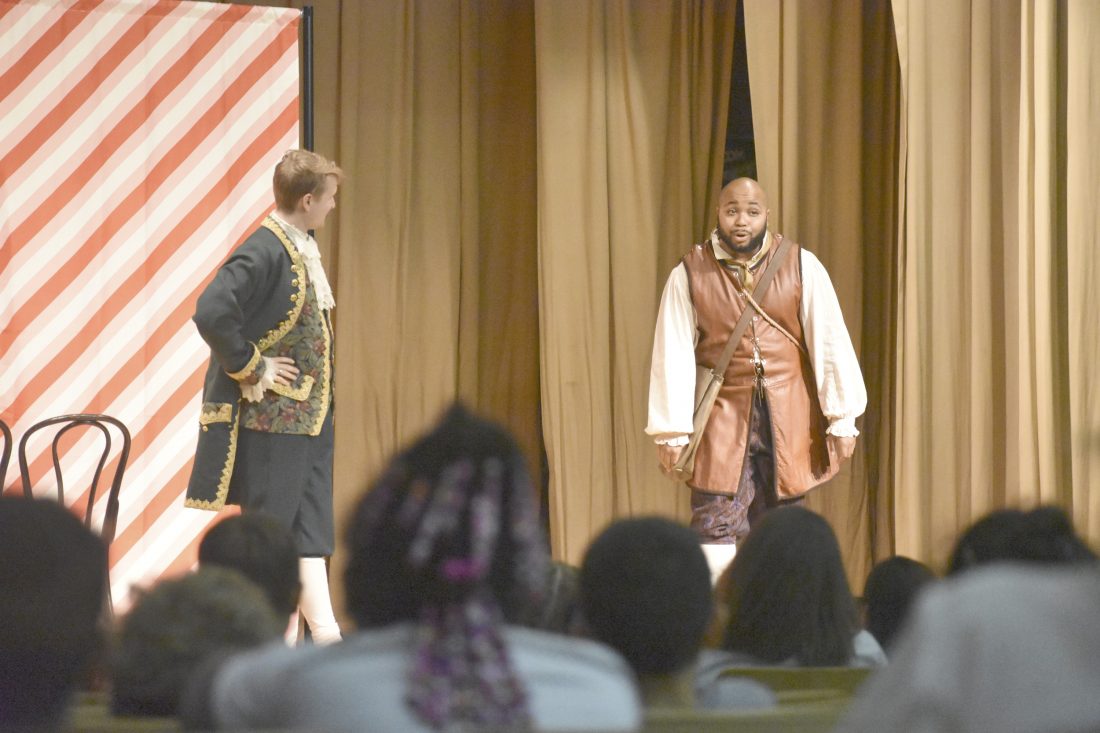 The Chautauqua Opera Company and its Chautauqua Opera Young Artists are currently working with elementary students within local school districts around the region. Performing “The Barber of Seville in California,” the Chautauqua actors are attempting to create a connection among the younger students with opera, music and the arts. P-J photo by Jordan W. Patterson

Language should not be a barrier to friendship, at least that’s the message from the Chautauqua Opera Company to local elementary students.

The Chautauqua Institution’s Opera Young Artists again are trekking the region to bring unique performances to younger students with its “Opera Invasion.”

“The goal is to expose students to opera, but also connect them with the elements of music education lessons,” said Suzzanne Fassett Wright, Chautauqua Arts Education director, of “Opera Invasion.”

Teaching artists from Chautauqua push into classrooms for an individual lesson and then a performance is provided for students across the region.

This year, a performance of “The Barber of Seville in California” is provided.

The teaching artists give the individual lessons to students while in character from the musical.

“They do a lesson … teaching about the elements of music and their connection to the expression of emotion,” she said.

Fassett Wright said the students are able to make a connection with the opera singers prior to viewing the performance. Several students, who win an in-classroom contest, are selected to be apart of the musical.

At the end, a sole student from each school is selected during the “So, You Think You’re Louder Than An Opera Singer” competition to travel to Chautauqua later this summer.

“Opera is really for everyone and that’s what these young artists are able to communicate through the connection with them in the classroom,” she said.

The program is currently sending Chautauqua representatives to visit 18 schools in Chautauqua and Warren counties over its duration impacting more than 6,000 students. Combining education and opera, Fassett Wright said the goal of the initiative is to introduce the “misunderstood art” of opera to students to in order to make a connection at a young age.

In its second year, the program and its primary goal remains the same.

Fassett Wright told a story of a student from last year who realized that a potential occupation could be in the arts after participating in “Opera Invasion.”

The program has eight schools remaining in its second year with its last visit being held the week of June 9. An additional event will be held in August at Chautauqua Institution with participating students from each school.

“The Barber of Seville in California” uses the English and Spanish language. The uniqueness of the musical’s bilingual aspect was a selling point for its selection, Fassett Wright said.

With many Spanish speaking students in the county, the musical was chosen intentionally to reach as many students as possible.

Fassett Wright also said the message of the performance is to embrace potential differences among certain populations.

“Even when there are language barriers, there doesn’t need to be friendship barriers,” she said.