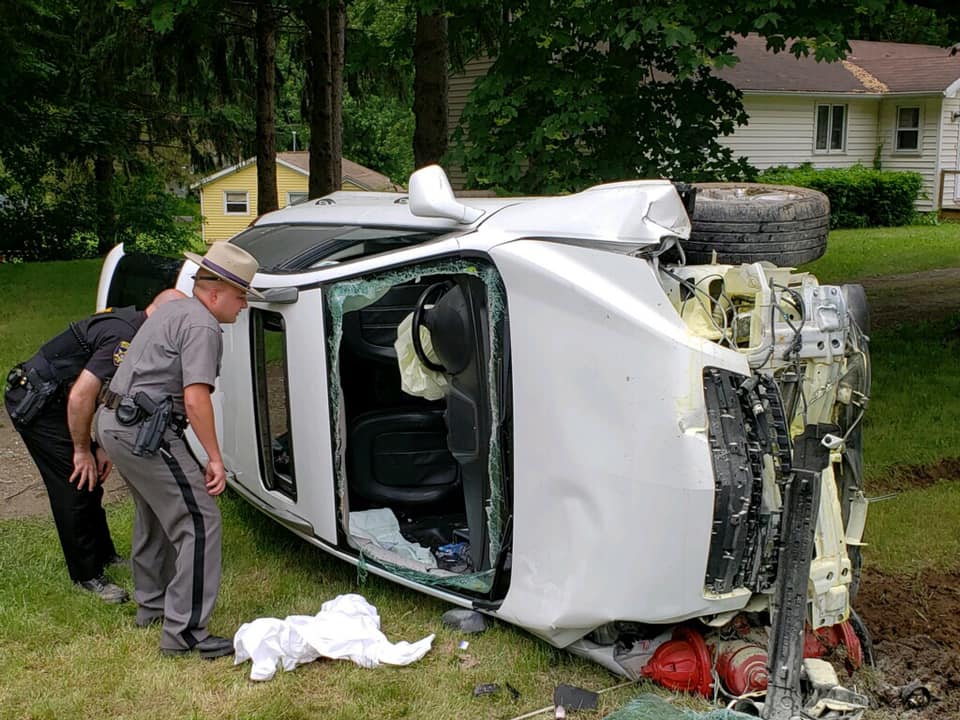 A Brocton man who ingested heroin then rolled his SUV suffered minor injuries Monday. The New York State Police announced charges against 33-year-old Marcus T. Watters of Lake Avenue. According to police, Watters became unconscious after ingesting heroin while driving southbound on Route 60 in Fredonia. Watters entered oncoming traffic, reportedly forcing several vehicles off the road. The SUV then struck a highway and speed limit sign before hitting a culvert and going airborne. The vehicle came to rest on its side after striking a fire hydrant, the state police announced. Watters was transported to Brooks Memorial Hospital for treatment of minor injuries. He was later charged with driving while ability impaired by drugs, speeding and failure to maintain lane.