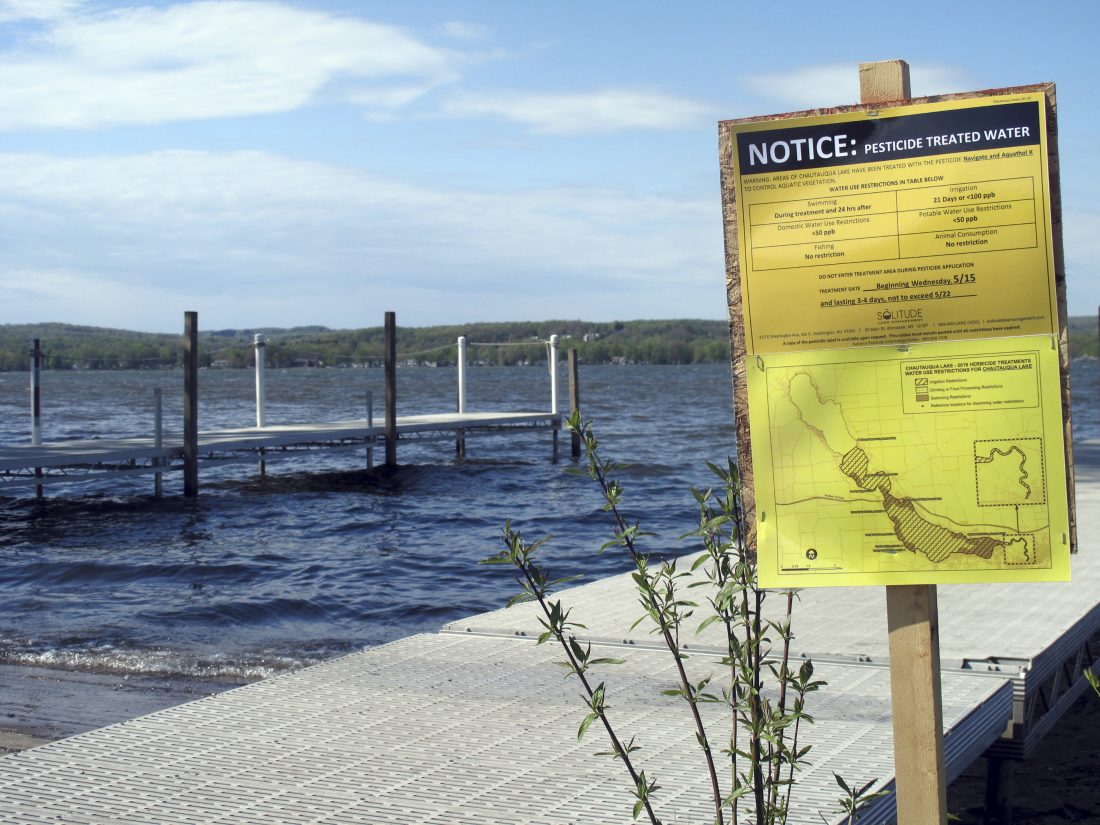 It’s been a long time coming: herbicides Aquathol K and Navigate are getting used on Chautauqua Lake this week.

Starting Wednesday at 7 a.m. and continuing through 8 p.m. Friday, these “pesticides,” as described on use restriction notices posted around the lake, are being used by SOLitude Lake Management to treat waters in the towns of North Harmony, Ellicott and Ellery, and the villages of Lakewood and Celoron.

A total of approximately 400 acres is being treated. Chautauqua Lake Partnership officials reiterated last week at a meeting of the Chautauqua Lake and Watershed Management Alliance that herbicide treatments are meant as a last resort to manage invasive weed species Eurasian watermilfoil and curly-leaf pondweed. Specifically, Navigate is meant to kill the former, and Aquathol K is meant to kill the latter.

This year’s treatments come a month earlier than 2018’s herbicide treatments in the towns of North Harmony, Busti and Ellery. CLP officials said treating the weed problem earlier in the year is better due to the growth of the invasive species that continues throughout spring and summer months.

Many individuals, including other stakeholders on Chautauqua Lake, have expressed concern over the specific chemicals used. For instance, Navigate’s primary ingredient, 2, 4-D, has been labeled in some studies as a possible carcinogen. While the evidence isn’t clear enough in the scientific community to pinpoint 2, 4-D as a cancer-causing agent, some local residents, including Chautauqua Watershed Conservancy Executive Director John Jablonski, are wary about using the substance. 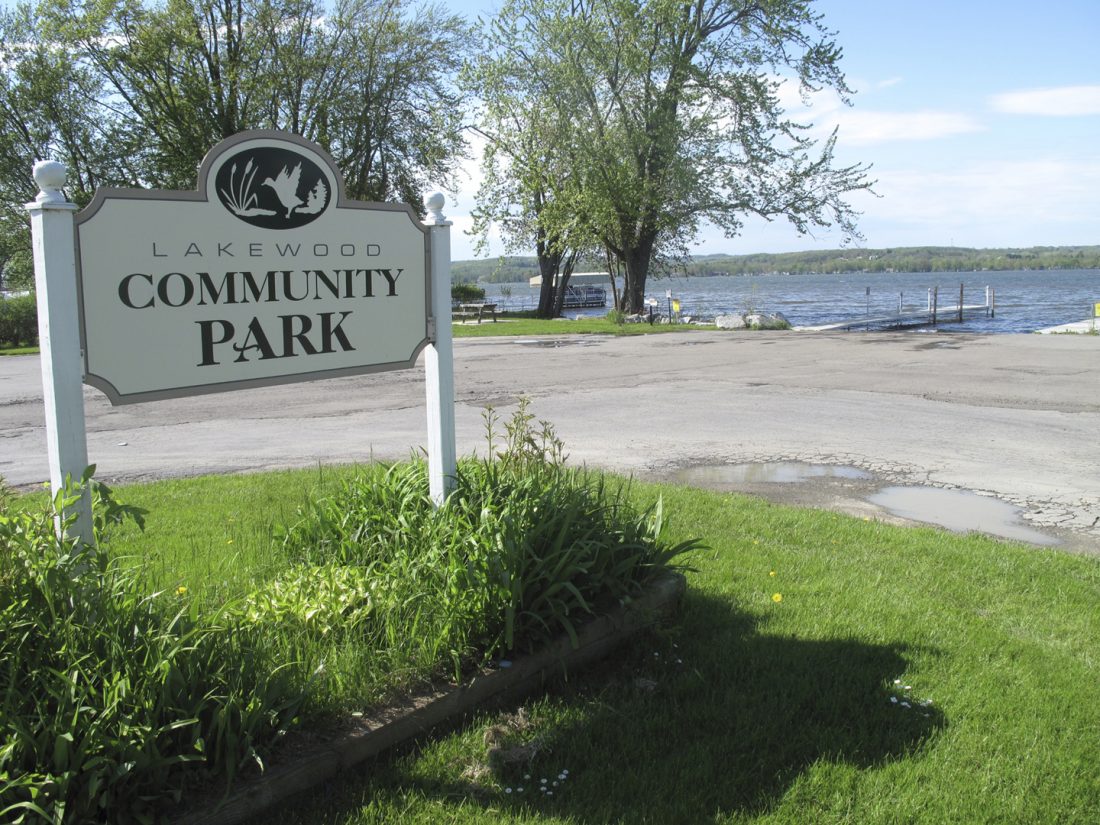 This year, a Memorandum of Agreement for the Chautauqua Lake Weed Management Consensus Strategy was co-developed and enforced by Chautauqua County Executive George Borrello in an effort to emphasize lake collaboration instead of in-fighting.

On paper, the document was mostly successful, with the town of Ellery as the only organization not to agree to the memo.

A tenet in the agreement outlines limitations to herbicide treatments, and even though the DEC ended up permitting more than 400 acres to be treated with Aquathol K and Navigate, the final amount still fell in line with the memo’s standards.

All herbicides used this week are being applied to waters south of Long Point State Park. One-hundred percent of permitted acreage in Ellicott, Ellery, Lakewood and Celoron is being treated, and 53 acres in North Harmony are being treated.

More than 70 acres are being treated in Lakewood in the areas of Crystal Avenue and east of the Lakewood Beach. The DEC announced that Burtis Bay, covering waters in Lakewood, Celoron and Ellicott, will be treated in thirds starting this year. A herbicide-driven cleanup plan of Burtis Bay would conclude in spring 2021.

North Harmony Town Supervisor Robert Yates said he thinks recent efforts have brought towns and villages on Chautauqua Lake together. He said he had one week recently with eight meetings regarding the lake.

“I can’t wait for this to be over,” said Scott Schrecengost, Celoron Mayor.

Ellicott Town Supervisor Patrick McLaughlin had echoed similar sentiments, especially when only a week ago, most municipalities were planning to treat fractions of their DEC-permitted waters. Announcements of more than an extra $100,000 in funding came at last week’s Lake Alliance meeting.

DEC officials and members of Princeton Hydro, the organization contracted to monitor the effects of herbicide treatments, are out on lake waters as SOLitude Lake Management finishes applications this week.

Residents are advised not to swim during the treatments and 24 hours after they finish, meaning waters should be safe to swim in beginning Saturday at 8 p.m. Lake water should not be used for irrigation until 21 days after treatment is completed. Water is also not considered potable unless it has less than 50 parts per billion of either Aquathol K and Navigate.