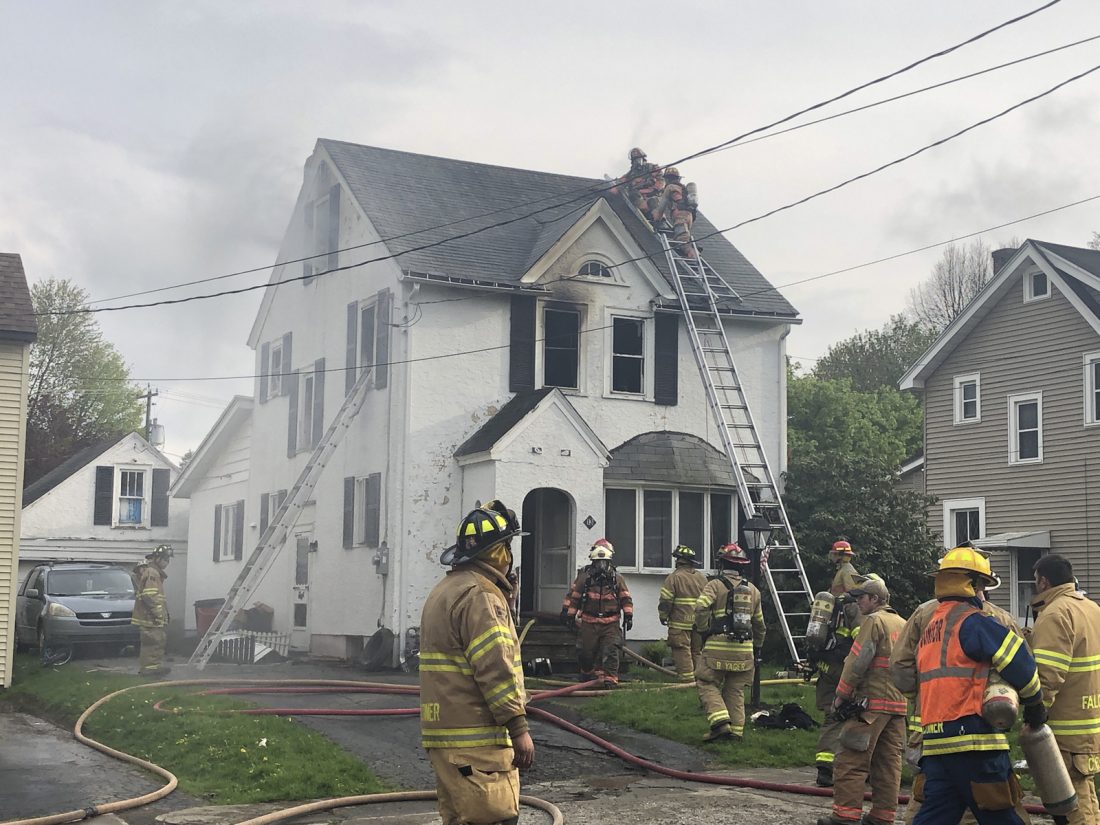 The Red Cross was called to a help a family impacted by a fire at their village home Thursday. Firefighters from several departments were called to assist at the Mason Street scene. P-J photo by Eric Tichy

FALCONER — The local chapter of the American Red Cross was called to help a family displaced by a fire that broke out at their village home Thursday.

Crews were summoned to 13 Mason St. around 6 p.m. and found smoke and flames coming from a second-story bedroom.

Firefighters quickly entered the home to knock down the flames, which had spread to the attic.

A hole was cut into the roof for ventilation, and the fire was under control in about an hour, said Falconer fire chief Charles Piazza. One occupant of the home was transported to the hospital for unknown injuries, Piazza said.

The home was heavily damaged in the blaze.

Chautauqua County fire investigators were called to determine the cause of the blaze. None was known by press time Thursday.