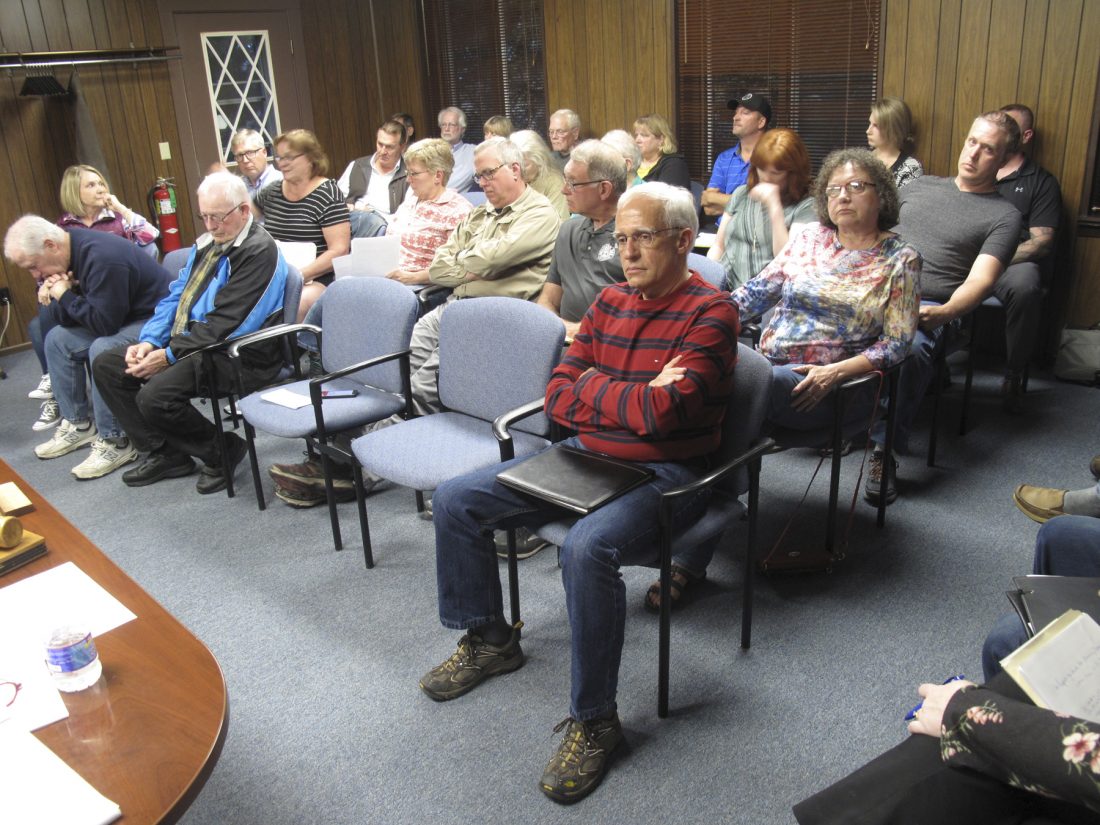 BEMUS POINT — Nearly two dozen people attended Thursday’s Ellery Town Council meeting to give their two cents on a controversial zoning dispute, originating from a proposal that the council ended up killing.

Most residents expressed firm opposition to a zoning change that would have re-ordered residential zones in Maple Springs to possibly allow for some individuals to rent out property to more people and further develop existing parcels of land.

Ultimately, the five council members decided it was not worth it to alter residential zones. In voting against the proposal, the council also followed the advice of the town zoning board of appeals.

“I think (the zoning) has worked for a long time,” said Councilman Craig Miller in his reasoning for voting against the change.

The majority of town residents at the meeting also expressed feeling that way. Some Maple Springs residents were concerned that the change could have led to possible noise pollution and residents being held liable for more tourists who might frequent the hamlet and walk through people’s property.

Bill Loomis, owner of Loomis Landscaping, detailed his support of the change and called the current zoning laws “antiquated.” He said 17 parcels in Maple Springs could be zoned in the residential district mostly within hamlet territory, but his property will continue to remain in district one along with Sunset Bay properties.

Broadway Street was noted by some as the buffer between residential districts; opposing sides found negative and positive connotations with the description. Street residents were polled, and one resident said 70 percent of them were not in favor of the proposed zoning change.

Resident John Jones explained he wanted the change to take place because he wanted newer properties to be zoned differently and in accordance with surrounding older houses built before the 1980s, like his own, “to maintain the character of the residential neighborhood,” according to the town’s zoning law.

Hayes has served on the zoning board of appeals for several years. He has also previously served as the chief of the Bemus Point Volunteer Fire Department and president of the Chautauqua County Chiefs’ Association.