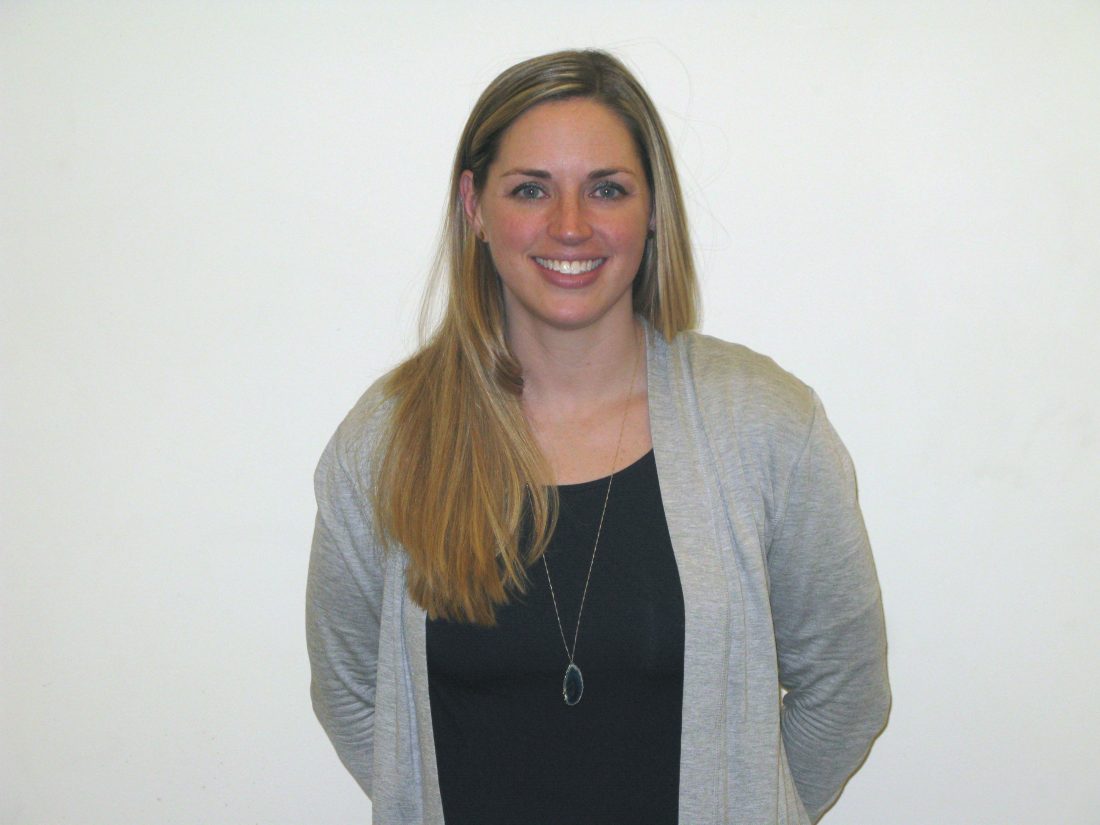 Epidemiology manager Breeanne Agett has worked with the Chautauqua County Department of Health since 2009. Agett enjoys epidemiology because it combines the study of human populations and distribution of health events. P-J photo by William Mohan

For nearly a decade, one member of the Chautauqua County Department of Health has been working to ensure the health and safety of local citizens.

Sherman Central School graduate Breeanne Agett has been working at the health department since 2009. She currently serves as the epidemiology manager at the agency.

Epidemiology is defined by the Centers for Disease Control and Prevention as the study method used to find causes of health outcomes and diseases in populations. Specifically, it is the study of the distribution and determinants of health-related states and events. Studies use scientific, systematic and data-driven approaches. Populations that can be studied include neighborhoods, schools, cities, states, counties and global communities.

Agett’s career path began in her youth when she realized that she enjoyed the health and science fields.

“I always enjoyed school and I always excelled in science,” Agett said.

That interest led her to decide on epidemiology in her college years.

“I did my undergrad at SUNY College of Environmental Sciences and Forestry in Syracuse and my degree was in environmental biology, I knew that I wanted to go on and further my education,” Agett said. “I wasn’t necessarily sure what I wanted to do but I knew I wanted to focus on something that was interesting to me.”

The answer came for Agett when she took a micro-biology class in her junior year.

“We were discussing epidemics and pandemics and that’s what piqued my interest in epidemiology,” Agett said. “I just found that it was kind of fascinating because I had an interest in science and health.”

Agett graduated from SUNY Syracuse ESF with her bachelor’s degree in environmental biology in December 2006. From there she attended the School of Public Health at the State University of New York at Albany. She graduated in May 2009 with a master degree in public health and a specialty in epidemiology.

Agett enjoys epidemiology for the human side of science while also focusing on how diseases occur in populations.

“The nice thing about public health is it combines both the science realm and the human realm and ties the social sciences with the hard sciences,” she said. “I find it interesting because it is the human pieces of science.”

During that time she had worked various internships across the state. One of them was with the county health department. Upon graduation from SUNY Albany, she was asked to remain at the agency so she could finish projects she had initiated there during that time.

Agett also explained that working in public health she sees health professionals fight to save lives.

“In our work we hear things from those who are on the frontlines. It’s clinic staff, organizations that work closely with people, what the problems are and what’s upcoming,” Agett said.

Agett said that often health epidemics happen before data becomes available to professionals. In addition, data is often too old to match to a current event.

“A lot of times the data (being) looked at is behind,” she said. “It isn’t as fast as the stories.”

However, Agett said that the reverse can also happen when data may be available but testimonies can’t be found. She exemplified this through drug addiction among newborn children.

Agett explained that the county had data of the drug problem but was unaware of the scope until they saw newborn children with drug addictions.

“As a health department we saw the data and said what’s going on and it took a deeper dive to see,” Agett said.

In spite of the challenges, Agett said she enjoys her work and is pleased with the accomplishments she has witnessed. Among them is being one of the initiating members of the Purchase 21 county law that makes sales of tobacco and electronic cigarettes to persons under that age illegal. The law was passed in May 2016 and was also one of the original county versions in the state.

Five months later, Cattaraugus County initiated similar legislation. In addition, Governor Andrew Cuomo has a proposed a state version of the bill in his 2019 budget.

Another area that Agett is proud of is her works with Complete Streets. This is a policy based on legislation passed in 2011. The legislation in particular requires municipalities to maintain streets so that they have reflective signage and/or paint on them. The purpose is to make streets and sidewalks safe for pedestrians and motorists

Agett admits her work can be frustrating, even disheartening. However, she still enjoys the healthcare field.

“No day is ever the same because you wear many different hats in public health,” Agett said.

She also said that while governmental change toward health is a difficult path the results are worth the effort.

“Nothing in government moves quickly,” Agett said, “but if you stick with it things will happen.”