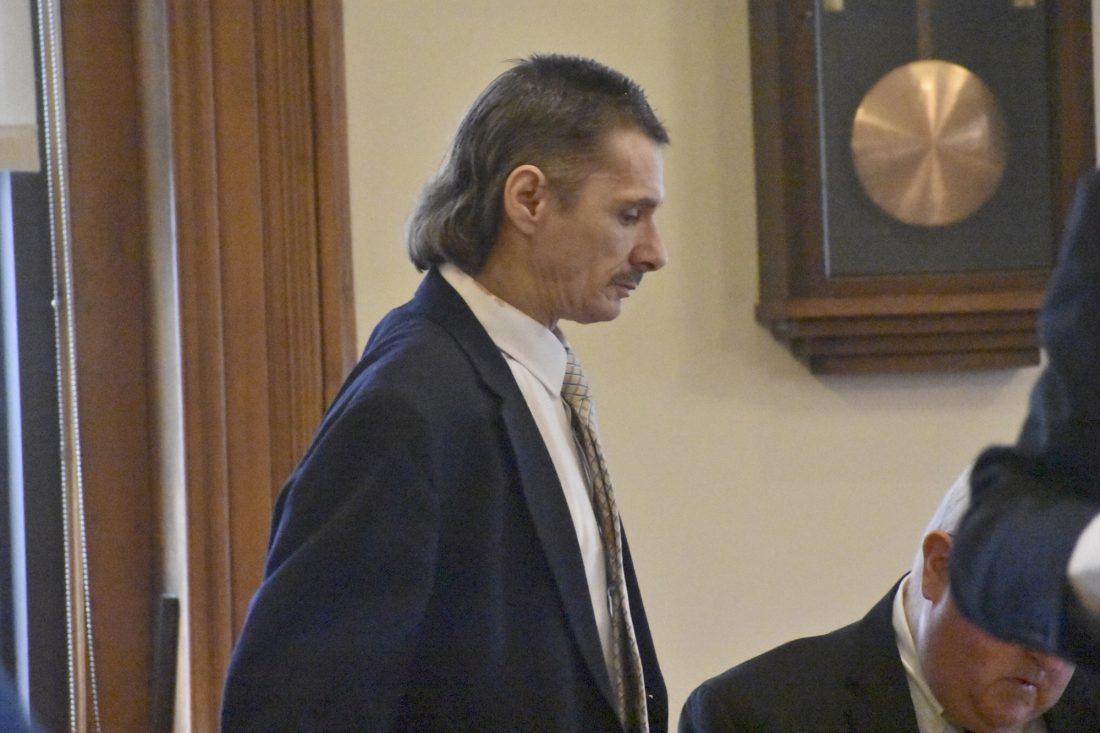 MAYVILLE — The defense continued to form its argument that David F. Waggoner was justified when he shot William J. Michishima last July.

Waggoner, 54, is accused of shooting 30-year-old Michishima in front of 114 Livingston Ave. in Jamestown on July 24, 2018. Michishima was taken to an Erie, Pa., hospital where he died the following day.

Chautauqua County District Attorney Patrick Swanson is handling the prosecution of the case.

Waggoner is represented by Chautauqua County Public Defender Ned Barone, who has maintained that Waggoner’s actions were in response to Michishima’s aggression.

Barone, attempting to prove Michishima was the initial aggressor in the altercation and that Waggoner’s actions were justified, called numerous witnesses to the stand ranging from law enforcement officers to individuals who knew Michishima. Much of the elicited testimony through the defense’s line of questioning attempted to establish that Waggoner had knowledge of Michichima’s alleged propensity for violence.

Additional video was played for the jury from Jamestown Police Officer John Conti who transported Waggoner to Jamestown Police Department on the day of the shooting. In the video shown, Waggoner expressed to the JPD officer that Michishima had been visiting the 114 Livingston Ave. home and “scaring (the family) to death” in the days leading up to July 24.

Waggoner also indicated to Conti that Michishima wanted to join a motorcycle club he had formerly been associated with but no longer had ties to.

Prior to the shooting and Waggoner being transported to JPD, April Nelson, a friend of Michishima, said she saw him the morning of the shooting. He arrived at her house around 8:30 a.m. on July 24. According to her testimony and a statement given to law enforcement, she said Michishima appeared “nervous” prior to leaving. The shooting was reported to occur just before 9 a.m.

Another witness, Dennis Harvey, member of the Brothers By Choice motorcycle club, also testified to have known both Michishima and Waggoner. He said Michishima was previously a member of BBC before being removed from the group after challenging Harvey to a fight over a disagreement in June 2018.

The argument stemmed from Michishima indicating his interest in joining or forming a “one percent” subgroup within the organization, Harvey testified. A one percent subgroup is typically referred to as the “outlaw” version of a motorcycle club who do not abide by the law. Harvey informed Michishima that BBC wasn’t that type of organization.

Harvey said the information of the argument and the disbanding of Michishima from BBC was relayed to Waggoner a few weeks later in June several weeks before the shooting.

Additional witness testimony further expanded on the defense’s belief that Michishima had stolen Waggoner’s and his girlfriend Kimberly Johnston’s motorcycle. Johnston also testified on day two of the trial.

Two members of the Cattaraugus County Sheriff’s Office were called to the stand to recount the department’s investigation into Johnston’s stolen motorcycle that Michishima has been named several times during the trial as the suspect.

Detective Melissa Yerpe and Deputy Tyler Taylor were both involved in an investigation involving a burning of vehicles at the Bear Claw Campground in Cattaraugus County around the time of July 16.

Taylor responded to the scene where a camper, a car and a motorcycle, identified as the stolen property, were all engulfed in flames. The sheriff’s office with help from the Seneca Marshall’s Office, located an individual who fit the description of a possible suspect who was later identified as Michishima. Michishima was transported to UPMC Chautauqua to address minor injuries observed on his body.

Yerpe handled the follow-up investigation into the incident. After identifying the motorcycle to be the stolen property of Johnston, she named Michishima as a “possible suspect” at the time of the investigation. Yerpe said Johnston indicated she wanted to pursue charges against the suspect.

During Thursday’s proceedings, two witnesses were not allowed to testify in front of the jury based on Foley’s ruling that their testimony was not relevant. The two witnesses were Jennifer Devon, UPMC Hamot nurse, and Colin Gibbs, Michishima’s neighbor. Questions of relevancy were raised prior to the jury being brought into the courtroom.

Devon allegedly spoke to Michishima’s mother, Jessica Michishima, when she was trying to reach the next of kin in July.

According to Devon, Jessica Michishima said she “had been waiting for this call for so many years” and the her son had been involved in “horrific things” that she couldn’t talk about.

Gibbs’ testimony involved a fire in his apartment complex allegedly started by Michishima around July 22, 2018. Gibbs said fire services had determined it to be an arson. JPD allegedly told Gibbs they were going to close the case after Michishima was pronounced dead following the July 24 shooting.

Conti was still on the stand when court was adjourned Thursday. He will return to the stand today at 9:30. It is anticipated additional video from a previous JPD interview will be played for the jury.