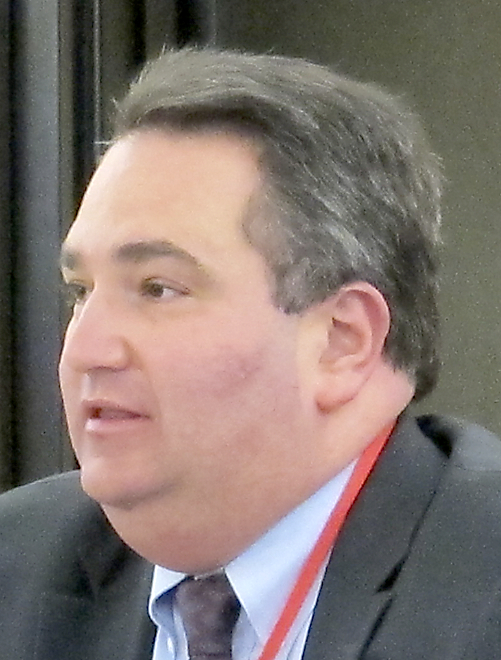 “We need someone who will stand up and fight for the interests and beliefs of the people of the 57th district,” said Anna Wilcox, chairman of the State Conservative Executive Committee. “We need George Borrello.”

“Originally I was not interested in it,” Borrello said. “However, after speaking to several people, including my wife, I gave more serious thought to it. I am concerned about having effective representation for our county and region in the senate.”

Wilcox said Borrello would help fight for the right to own a gun and push for welfare to not be “a permanent lifestyle” for state residents. Other liberal policy proposals, such as Gov. Andrew Cuomo’s calls for children of illegal immigrants to be able to go to New York state universities tuition-free and for recreational marijuana to be legalized, would be given some resistance by conservative leadership.

“I will work hard to ensure a smooth transition,” Borrello said of the possible career move. “The major initiatives — like the Ripley gateway center, the hops and grains co-op, the (Chautauqua Lake) consensus strategy — all require support at the state level. Having a champion in Albany that understands and supports these initiatives will be critical to their success.

“These projects are good and viable efforts supported by many good people. They do not rely on any single person. Although I may be a champion for them, there are many others involved in their development and advocacy.”

Wilcox noted that some may be hesitant to lose a sophomore county executive but said that Borrello is the “strongest and best qualified candidate.” Borrello began his work as county executive in 2018 and has since spearheaded initiatives to foster small business success and collaboration in local government.

“We have a good foundation here in Chautauqua County to continue the forward progress,” Borrello said. “But without an effective member in the State Senate, those things could be in jeopardy.”

State Assemblyman Andy Goodell, meanwhile, has taken his name out of the running for State Senate.

On Friday, after the Sgt. Jonathan Gollnitz sign dedication, Goodell was asked if he was planning to run for the senate seat being vacated by Cathy Young.

Goodell noted that if he were to run and win Young’s former seat, he would lose his tenure that he has built up during his time in the Assembly.

In order for Borrello to have a shot at the vacant state senate seat, Cuomo would have to call for a special election. Otherwise, the general election will lead to Young’s replacement being installed in 2020.

“There is a still a process that will play out and there’s no guarantee I will be the candidate,” Borrello stated. “Also, I will only do this if I believe that it’s the best path for us to have effective representation and to achieve our goals and advocate for common sense and the values of the people of our county and the entire 57th district.”