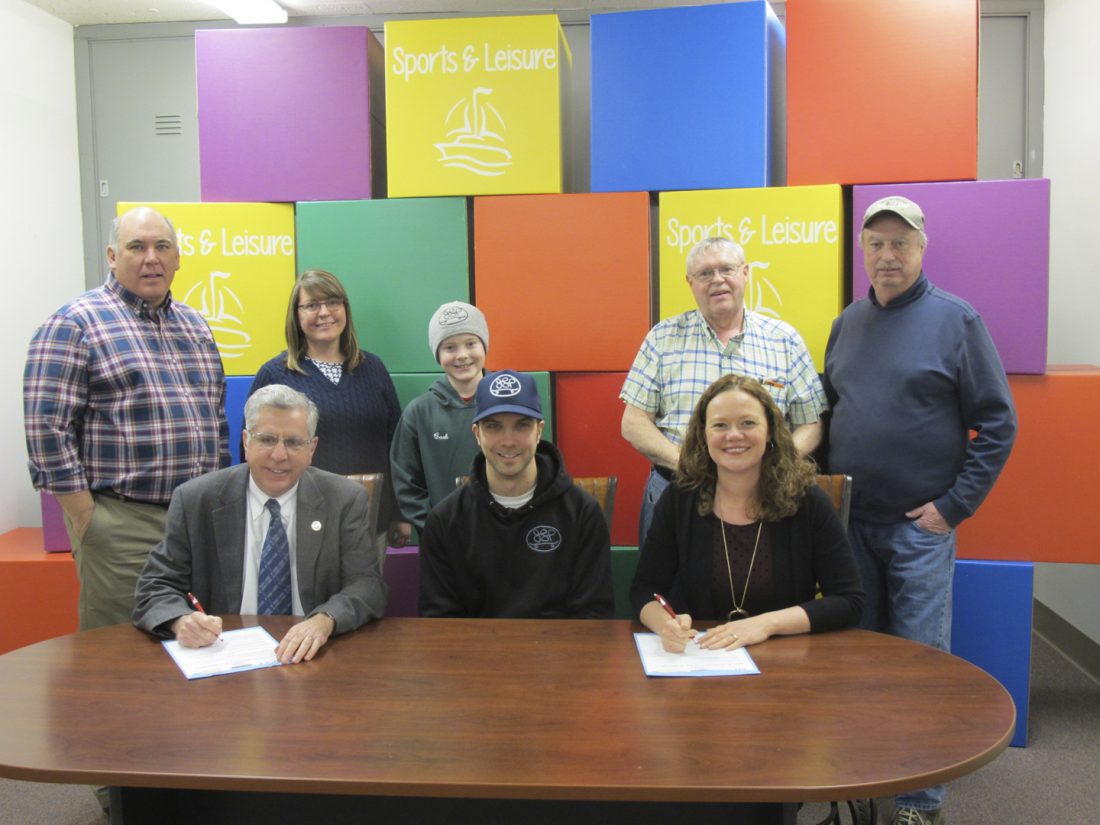 The Chautauqua Region Community Foundation has a new donation fund that might just have the most stylish name of all.

On Friday, community foundation, city and area skateboard officials meet to sign papers as part of the process in creating the SK8 JTNY fund that was created to collect donations that will go toward the construction of a new skateboard park in the city.

“I think it is the coolest fund name we have,” said Tory Irgang, Chautauqua Region Community Foundation executive director.

SK8 JTNY is not just the name of the donation fund, but is also the social media name being used to publicize information about fundraising events that will be taking place during the next year for the new skateboard park, said Pete Scheira, Jamestown Skate Products owner.

Last month, Scheira and Jamestown government officials announced receiving a matching grant of up to $250,000, with a minimum of $50,000, from the Tony Hawk Foundation for the new skateboard park in the city. The location of the new park will be across Jones and Gifford Avenue from McCrea Point Park. The new state-of-the-art outdoor skateboard park has also been made possible in the city with the assistance of the Ralph C. Wilson Jr. Foundation.

Sam Teresi, Jamestown mayor, said if fundraising efforts come up short of the $250,000 goal, city officials will do what they can to fund the full amount of the matching grant.

“By having skin in the game, there is a more of a personal ownership involved in the park,” he said.

“It can be used by beginners and it is a place for kids in the neighborhood to still use,” he said.

Scheria said the Chadakoin Park skateboard ramps, which was constructed in 2001, are still fun to use to reminisce about past times.

“There is a nostalgic feel to the place when you go back and have a good skate with your buddies,” he said.

The Chadakoin Park skate park was originally constructed in 2001, costing nearly $80,000 with many of the ramps still existing today. The initial installation of the ramping was done by Rampage Permanent Skate Park Equipment. The original construction of the park was made possible with city Parks Department resources and grants from the Gebbie Foundation, Noon Rotary of Jamestown, Ralph C. Sheldon Foundation and fundraising efforts by community skateboarders.

In 2014, city officials did a rehabilitation and maintenance project at the park for the cost of around $42,000. The renovations were made possible with Community Development Block Grant funds.

The Chadakoin Park, which is located at West 10th and Washington streets, also has a picnic pavilion, playground equipment, basketball courts, and baseball and softball fields.

Once the new outdoor skateboard park is built, there will be four skateboard parks in the city, which includes two indoor ones with one located at Jamestown Skate Products and the other at the Gateway Center, located at 31 Water St. Jamestown Skate Products, located at 209 Pine St,. has “The Bowl” and a street course that is open all year round. The Soaring Up Skate Park is a skate and BMX park located on the second floor of the Gateway Center.

Scheria said it’s not the norm to see an indoor skateboard park let alone to have two in one city. He said the nearest city to Jamestown with an indoor skate park is Rochester.

“We see so many people from out of town come in,” he said about the use of the indoor skate park at Jamestown Skate Products.

In order to receive the full amount of the Tony Hawk Foundation grant, local fundraising efforts have already started, which includes all proceeds of Jamestown Skate Products T-shirts and hoodies going toward the park, Scheira said last month. Also, a new program called All Decks On Hand has been started where local artist paint designs on old skateboards or create items like shelves, with the sales from the program going toward the community fundraising initiative.

Scheira also said a special event will be taking place in the city on June 21, which is national Go Skateboarding Day. There will also be a fundraiser were people or businesses will be able to buy bricks or cement slabs with their name engraved that will be located in the new park. Scheira said they have a year to raise the necessary funds for the park.