Healthy View Of Lake Is Promoted By CLA 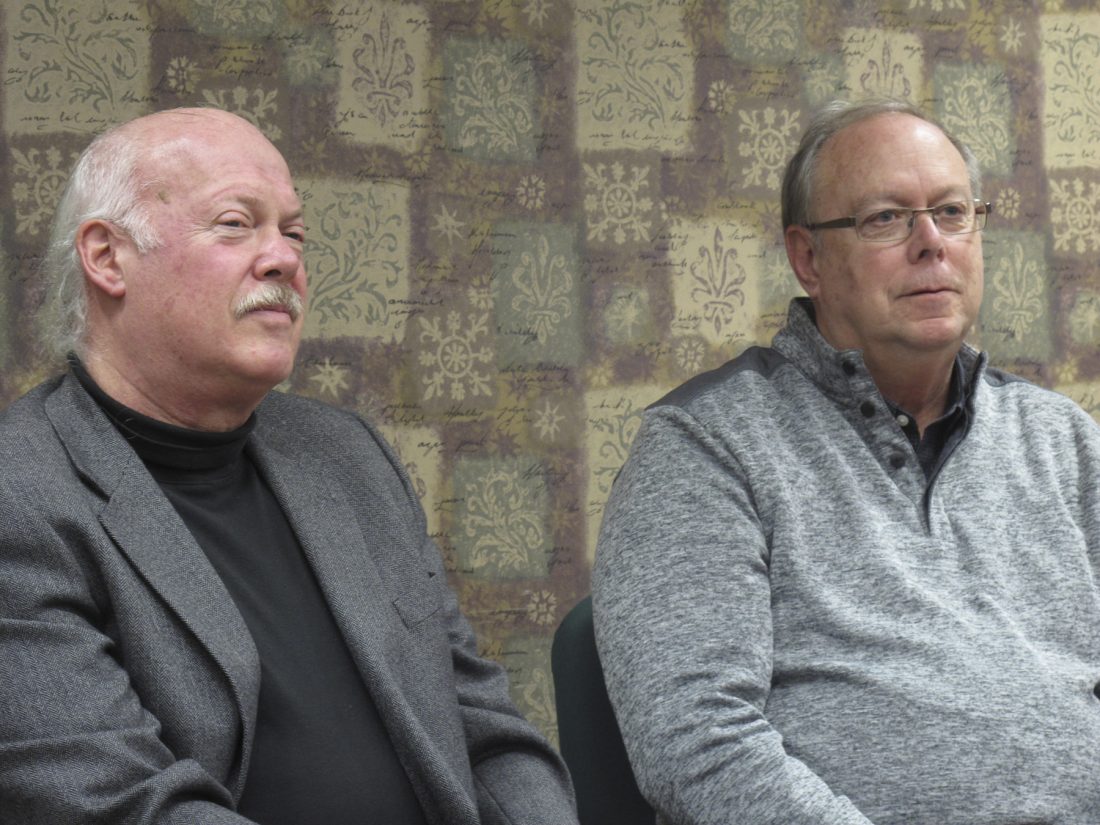 CHAUTAUQUA — Executive Director Doug Conroe of the Chautauqua Lake Association expressed how he thinks that the health of Chautauqua Lake has been far worse in the past, but that never before have so many people and organizations rallied together to show their passion for the body of water that is the county’s most prominent landmark.

During the second lecture of the 2019 Turner Winter Series, host Greg Peterson questioned Conroe and CLA President Paul Stage about the evolving role of the association since 1954 and how they have changed with the times over several decades of calling themselves the stewards of Chautauqua Lake.

After introductions and history debriefings, the pair tackled a subject of fairly recent public debate: the use of herbicides to treat lake waters. While the CLA’s modern toolkit consists of weed harvesting, water testing, debris removal, macrophyte monitoring and more, the organization used to pursue the use of herbicides on the lake decades ago.

“That was a mistake,” said Conroe, who first became executive director in 1980. “Managing Chautauqua Lake requires a comprehensive approach. I’m looking at it from a much wider perspective.”

Stage explained perceived ineffectiveness of herbicides if used too much.

He used to be an advocate for more herbicide use but has changed his mind over the years. He said with environmental regulations getting more strict, it only compounds what the CLA experienced last century: costly overall procedure that included the treatments, lawsuits, drafting environmental impact statements and setting up lead agencies.

The CLA president’s estimate came out to a cost of approximately $4,000 to $5,000 per acre — counting lawsuit and treatment costs — if generalized herbicide treatments were the primary method of macrophyte management on Chautauqua Lake. Advocating for cost-benefit analysis, he said it only costs from $300 to $500 for the CLA to harvest both native and invasive weeds in the lake.

Conroe said there is space for herbicides; spot treating only specific areas in the lake, he said, would help avoid unintended environmental and health consequences while using the chemical treatment in a comprehensive strategy with other practices like what the CLA already does. The executive director also called invasive weeds filling up the lake a myth, stating that Eurasian milfoil and curly-leaf pondweed have become colonized to an extent. Conroe said some native weeds need to be managed just as much as the more notable species of late.

“I’ve seen worse,” Conroe said in regard to the lake in 2018. “I’ve seen much worse. It’s not worse than it has been, and it’s not getting worse in terms of invasives.”

Conroe said the vast majority of Chautauqua Lake was clear and free of weeds last year, thanks in part to his organization’s effort. He said the fish kill in Burtis Bay has been used as a “posterboy” for a myth that lake health is poor overall, but he also noted he wished the CLA could have done better in removing weeds along the Fluvanna Avenue area and in Burtis Bay. One crew each covers the southern, central and northern sections of the lake.

“It was a better summer,” Conroe said compared to past years, highlighting that the major incidents of weed buildup along the lakefront were outliers. “You can’t predict it.”

Stage and Conroe addressed other topics swirling in debate around Chautauqua Lake. Peterson asked about the idea of the various lake groups fighting with each other. Conroe was quick to point out that he views it as the Chautauqua Lake Partnership arguing with the rest of the lake groups, stakeholders he views as having a consensus.

“He’s going to have his hands full,” Stage said regarding Chautauqua County Executive George Borrello, who recently announced he plans on having all stakeholders agree to a memorandum of understanding this spring regarding a consensus strategy for the lake.

The CLA representatives think it might be possible, but think that the strategy along with a possible lake taxing district are both heavy lifts. Stage said fundraising three quarters of a million dollars annually isn’t easy and that a dedicated funding source would be appreciated as long as it receives public support within what he called a highly taxed county in a highly taxed state.