Joe and Alyvia Town recently purchased Pace’s Pizzeria from Dino Pace and reopened Friday. Joe Town worked at Pace’s from 2002 until 2012 and was thrilled when Pace offered him the business. P-J photos by Jordan W. Patterson 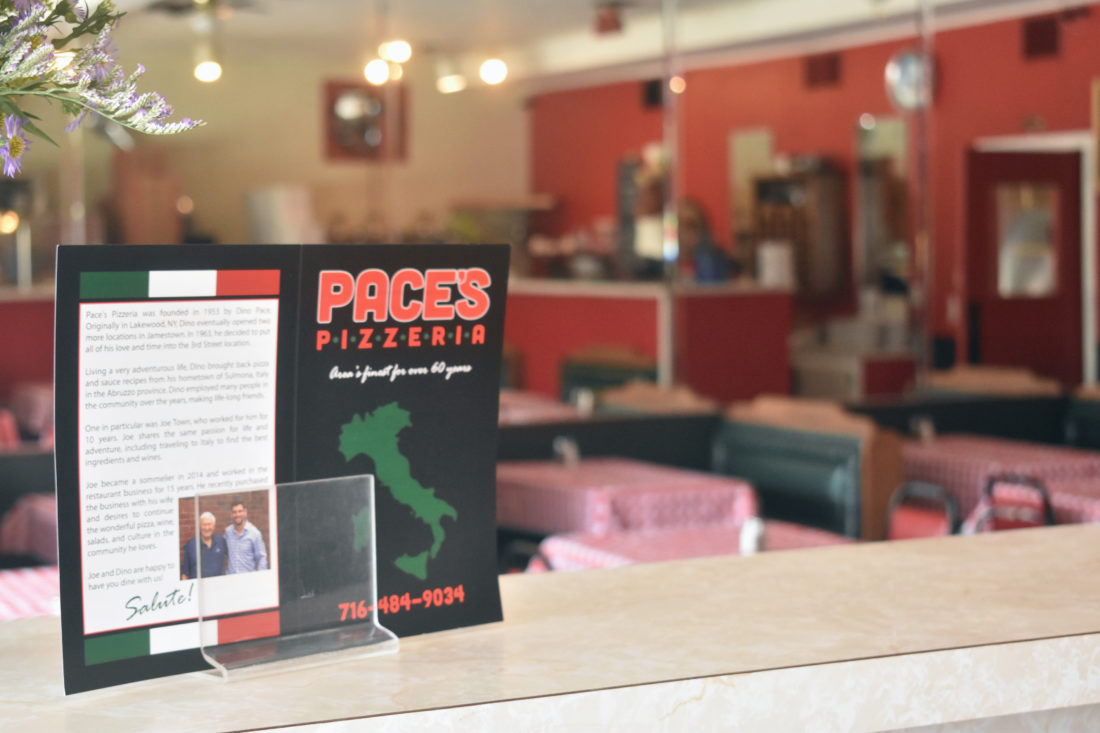 Joe and Alyvia Town recently purchased Pace’s Pizzeria from Dino Pace and reopened Friday. Joe Town worked at Pace’s from 2002 until 2012 and was thrilled when Pace offered him the business. P-J photos by Jordan W. Patterson

“I’m doing better than alright now that Pace’s is open again,” said Mayor Sam Teresi walking into the now reopened pizzeria under the new ownership of Joe and Alyvia Town.

The longest running pizzeria in Jamestown, that opened in Lakewood in 1953 and then moved to the city in 1963, closed two months ago for renovations leaving Pace’s customers hungry and the Teresi family “heartbroken,” according to the mayor.

During that time, long-time owner Dino Pace who is 91 years old decided it was time to sell the family business. Joe Town, who worked at Pace’s from 2002 until 2012, has connections to the shop that date many years back. Town’s mother, sister, aunt and uncle all worked at Pace’s at one point in time.

While working at the pizzeria, Town and Pace became close friends — the two even have claimed the corner booth as their own. Their relationship made Town an ideal candidate for continuing the business. 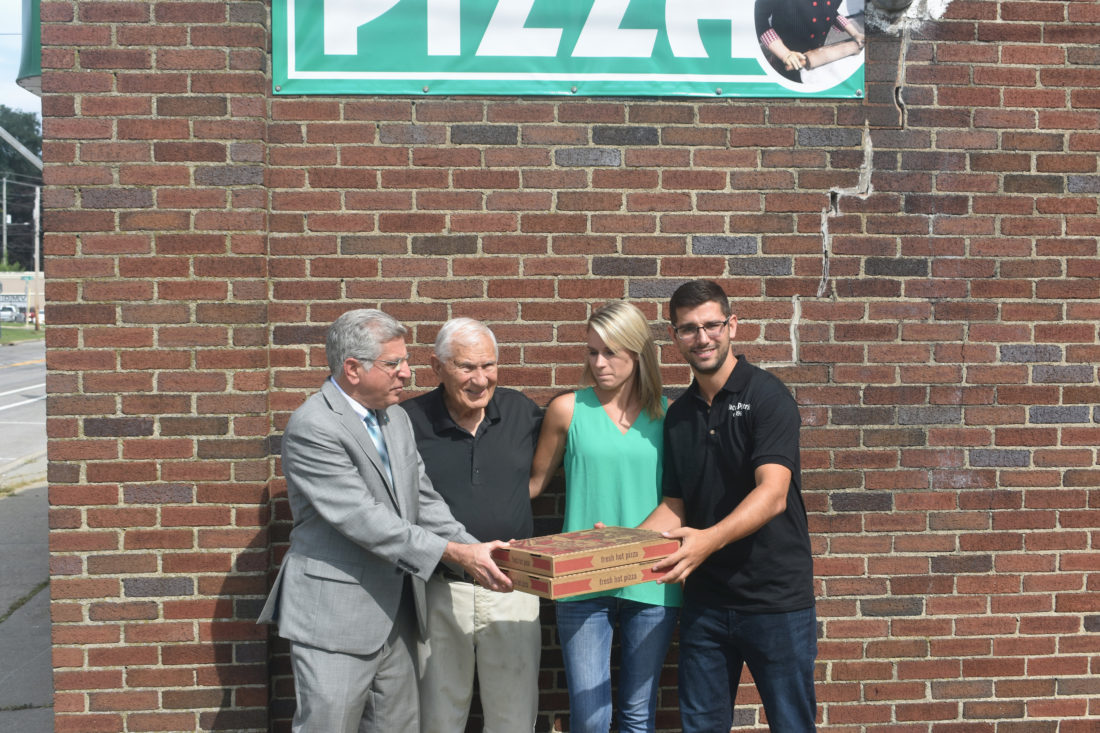 Town, who married his wife in July, was on board immediately when Pace offered the pizzeria to him, and soon after his wife was on board as well.

While renovations were made to Pace’s, one aspect remained the same: the name.

“It means a lot to everyone,” Town said of keeping the name. “A lot of people had their first dates here. They had there dances at Lincoln and then walked down. It’s woven into the memory of growing up in Jamestown and I can’t take that away from our loyal customers.”

Inside Pace’s, the flooring was replaced, new paint was added and the bathrooms were renovated. Town said there are two more phases to the ongoing renovations, but wouldn’t go into further detail. Pace’s will use the same menu as before, and will be expanding its hours. Town said he wants to expand the pizzeria’s reach throughout the Jamestown area by utilizing more sponsorships and possibly offering delivery in the future.

“We have a lot of expansion plans,” he said.

Including the two owners, Pace’s currently employs six people. Among those six employees are members of Town’s family. Owning a restaurant was one of Town’s dreams and to manage it with his family sweetened the deal even more.

“Family is important to us,” he said. “To have your whole family work with you, it’s a dream come true.”

Prior to buying Pace’s, Town was a wine consultant – a job that he loved. And before that he once held an internship at the mayor’s office. There, he met Teresi. When the internship ended, Town told Teresi to let him know if the mayor ever needed anything.

On Friday, Teresi said the two had “settled the score” by the simple fact that Town brought Pace’s back.