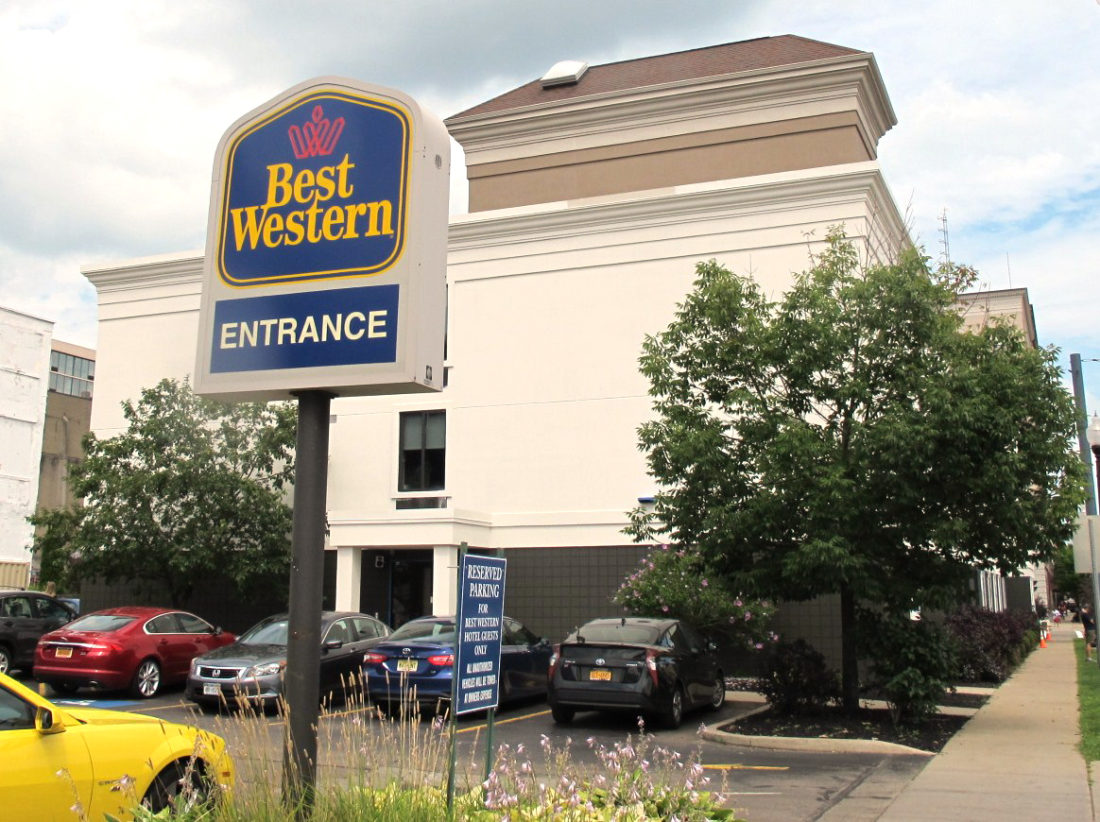 The Best Western Plus Downtown Jamestown is completely booked for this weekend with the ongoing National Comedy Center grand opening, the Lucille Ball Comedy Festival and the Babe Ruth World Series. P-J photo by Dennis Phillips

An electric sign, blinking “Sorry, No Vacancy” through the pouring rain is normally saved for the beginning of a horror movie, but can appropriately be applied for the hotels in the greater Jamestown area this week.

With the grand opening of the National Comedy Center, Lucille Ball Comedy Festival and Babe Ruth World Series, several of the hotels in the Jamestown area are booked through the weekend.

Hedi Cronin of the Best Western Plus Downtown Jamestown, located at 200 W. Third St., said they’ve had no vacancies since last November.

“Ever since they announced the National Comedy Center would be opening this week, we’ve been booked,” she said.

Cronin said the downtown city hotel has 60 rooms, with around 45 being rented to Lucy fans while the remaining rooms are being rented for those in town for the Babe Ruth World Series.

“We’ve been trying to find rooms for people in Dunkirk. Even American’s Best Value Inn is booked,” she said. “Since March and April we’ve been routinely telling people we are completely booked.”

Cronin said the atmosphere is great in the hotel with the Lucille Ball fans. She said guest dress up like Lucy, decorate their rooms after “I Love Lucy” themes and they even decorate the hotel lobby with a red carpet.

“The Lucy fans are amazing,” she said. “They’re lots of fun.”

Jean Eriksen of Comfort Inn Jamestown, located at 2800 N. Main St., Ext., said, as of Wednesday afternoon, they have a few rooms left for today and about 12 rooms left on Saturday, which had been originally reserved by National Comedy Center officials earlier in the week. Even with the vacant rooms, Eriksen didn’t seem worried about selling out.

“Someone is at the front desk looking for five rooms for Saturday night, so they are going,” she said.

Eriksen said the Comfort Inn is the largest hotel in the area with 99 rooms. She would estimate around 30 to 40 are being rented by Lucy fans while around 25 are filled for the Babe Ruth World Series.