‘The Secrecy Must End’ 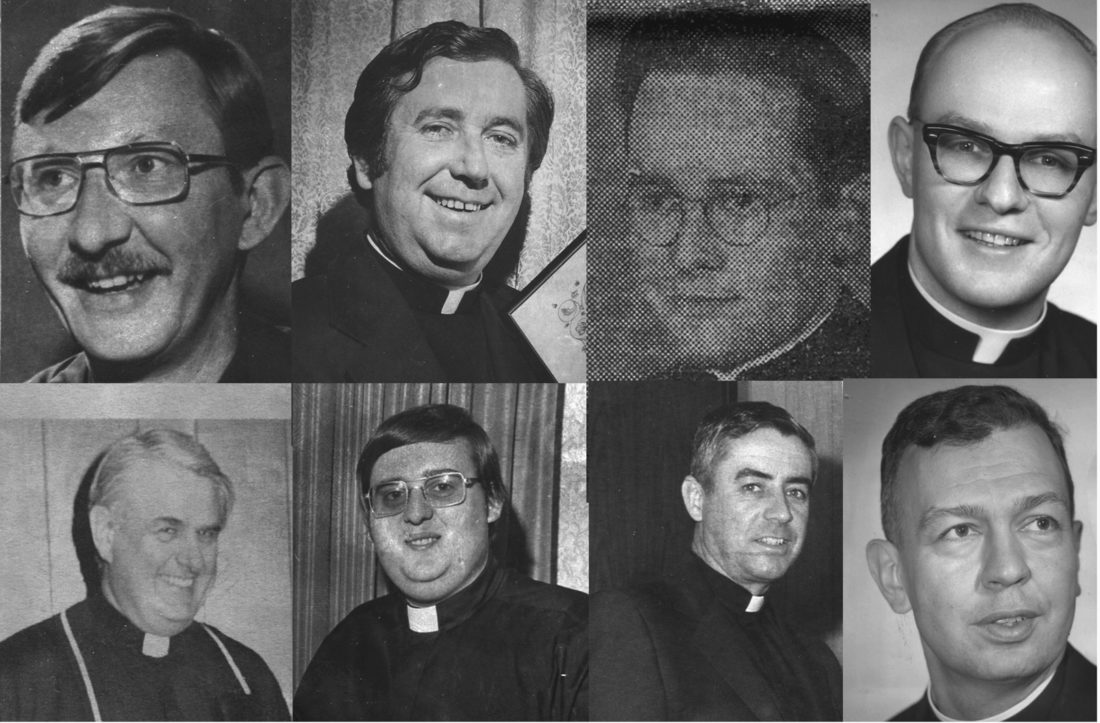 The shudder of an unsavory case first unearthed in Boston about 16 years ago is still being felt today, even in Western New York.

In January 2002, a secret world of child sex abuse was uncovered in the Catholic Church by a special team of investigative reporters at the Boston Globe known as the “Spotlight Team.”

Buffalo and the surrounding areas felt the reverberations this past week after the Buffalo Diocese released a list of 42 priests who had been removed from ministry, retired or had left ministry after allegations of sexual abuse of a minor. Many of those named in the list served in churches in Chautauqua and Cattaraugus counties. 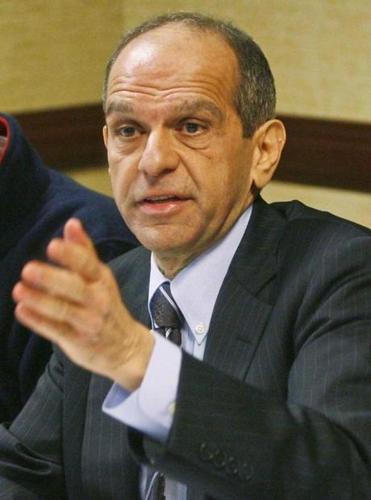 One of the main players in helping to unravel the secret abuse perpetrated by dozens of priests over many years is Mitchell Garabedian, a Boston-based attorney who specializes in sexual abuse cases. Garabedian said he has represented at least 20 clients in the Buffalo Diocese, which encompasses Chautauqua County and other areas in Western New York.

Garabedian was portrayed as a key component of breaking the case in Boston in the 2015 film “Spotlight.” In reality, he has been representing clients with sexual abuse claims against clergy for the past 25 years.

“There is no doubt in my mind that any priest on the list has abused hundreds of children while supervisors had knowingly turned their backs,” Garabedian told The Post-Journal during in a series of interviews.

“There is no moral excuse on earth for the Catholic Church’s actions — the secrecy must end.”

“Where has Bishop (Richard) Malone been for the past five years?” Garabedian asked. “When victims try to heal, they need more than just names.”

Garabedian said the problem is “endless,” and will outlive him. He said the actions of supervisors that would hide the abuse are “toxic, amoral and evil.”

“The acts of their supervisors are just as evil as the pedophiles,” Garabedian said.

George Richert, spokesman for the Diocese of Buffalo said the idea behind putting out the list was to help victims. He couldn’t give a timeline of how long it took to compile the list, but said a lot of time and effort went into it.

“Bishop Malone felt it was important to release the names,” Richert said.

Richert said including the locations at which the priests served would have slowed down the process. He said if it is determined another priest should be on the list, the list will be updated.

“It’s a complicated process to determine what is an allegation and what is not,” he said.

The process of reviewing a possible abuse case begins with a call being made to Jacqueline Joy, victim assistance coordinator with the diocese. The report would be taken and reviewed by Auxiliary Bishop Edward Grosz and the diocesan review board.

“It’s that process that eventually led up to the 42 names,” he said. “It’s a process that didn’t just involve one or two people.”

Richert said there has been a victim assistance coordinator at the diocese for more than 10 years. When asked how complaints of abuse were handled before 2002, Richert said he couldn’t comment in any specific terms on how it was handled. However, Richert said in 2002, all bishops signed the Dallas Charter, which adopted a zero-tolerance policy for child sexual abuse and removed priests from ministry even if they would have previously gotten a “second chance” in the past.

Richert said the church cannot say that the allegations against all priests on the list were proven because some of the allegations were made after the priests were dead. He said if a priest died and there were no allegations made before he died, and one person came forward after he died with a complaint of child sexual abuse, the name was not put on the list.

However, if a priest died without any allegations against him and at least two victims came forward with allegations of abuse afterward, that person was added to the list.

Richert said the priests who remained alive on the list were made aware by the diocese they were being put on the list.

Since 2003, Richert said the church has conducted mandatory trainings and has instituted a system of background checks to safeguard against child sexual abuse. Trainings are given to priests and any other adult who work with children.

Richert said a letter has been sent out to all 163 parishes in the diocese from Bishop Malone regarding the list. The letter is to be read to each congregation today.

Bishop Malone said he encourages parishioners to “keep the faith.”

“The diocese of Buffalo is committed to correct the mistakes and sins of the past while we continue to assist victims,” he said in a statement.

According to the Buffalo Diocese website, Bishop Malone was ordained as a priest in Boston on May 20, 1972. He later served in many areas in Massachusetts, including as the Auxiliary Bishop of Boston in the South Region beginning in 2000. He was later installed as the Bishop of Portland, Maine in 2004, and was named Bishop of Buffalo in 2012.

Richard Sipe, a former priest and sociologist trained to help Roman Catholic priests with mental issues from California, agreed that child abuse by Catholic priests is a “systemic problem.” Sipe, too, was portrayed in “Spotlight.”

“This isn’t a wave,” Sipe said. “There is something that attracts and develops men who are immature.”

However, he said it is not limited to the Catholic Church; Sipe said child sexual abuse occurs in other churches and programs as well. He said the issue is narcissism and the fact that the priesthood draws people who are “psycho-sexually immature.” Sipe said the priests never fully develop, but move up in the ranks of the church.

“What you find is (the abusers) lack empathy,” Sipe said. “They don’t see how it affects the other person.”

Often, Sipe said it is discovered that the priest who violates a child had previously been violated themselves by a priest.

Sipe authored a book in the 1990s about his 25-year study on the celibacy of priests titled, “A Secret World: Sexuality and the Search For Celibacy.” With the research, Sipe was able to confirm a baseline number that 6 percent of all priests act out sexually with minors. However, in Boston, he said it was discovered the figure was 10 percent.

“We’ve established this is what the system produces,” Sipe said.

Sipe said this is a problem that won’t go away with out radical change. He said he has offered to provide programs about celibacy for priests, but was turned down. He said the church told him “that’s impossible.”

“It’s systemic, and they won’t get rid of it until they acknowledge it and take it out of the realm of existence,” he said. No institution is perfect, and no person is perfect, however, that doesn’t mean you cover it up.”

The Rev. Dennis Mende of Holy Apostles Parish in Jamestown, which includes St. John’s and St. Peter and Paul churches, said it is a “very stressful and hurting time” for congregations. He said names on the list associated with St. John’s and St. Peter and Paul’s churches came as a shock. He said when he heard the names on the list, he felt hurt, disappointed and sick to his stomach.

“The priests serving in the area are having as difficult a time dealing with this as the congregation is,” Mende said. “It came as a shock.”

Mende said the main concern of the church is for the victims. He said if someone has experienced sexual abuse at the church, the person can tell one of the pastors, contact law enforcement and also reach out to the diocese victim’s assistance coordinator at 895-3010 or email her at Jacqueline.joy@ccwny.org. 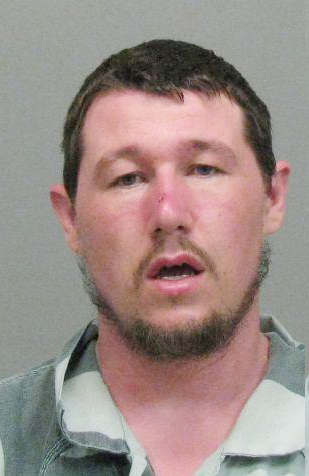 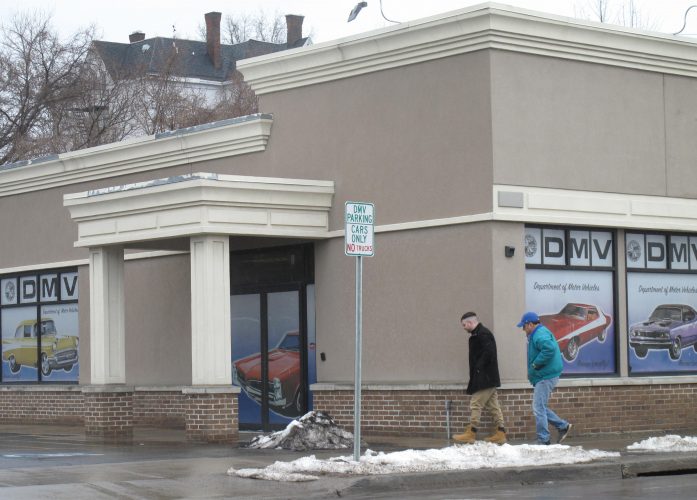