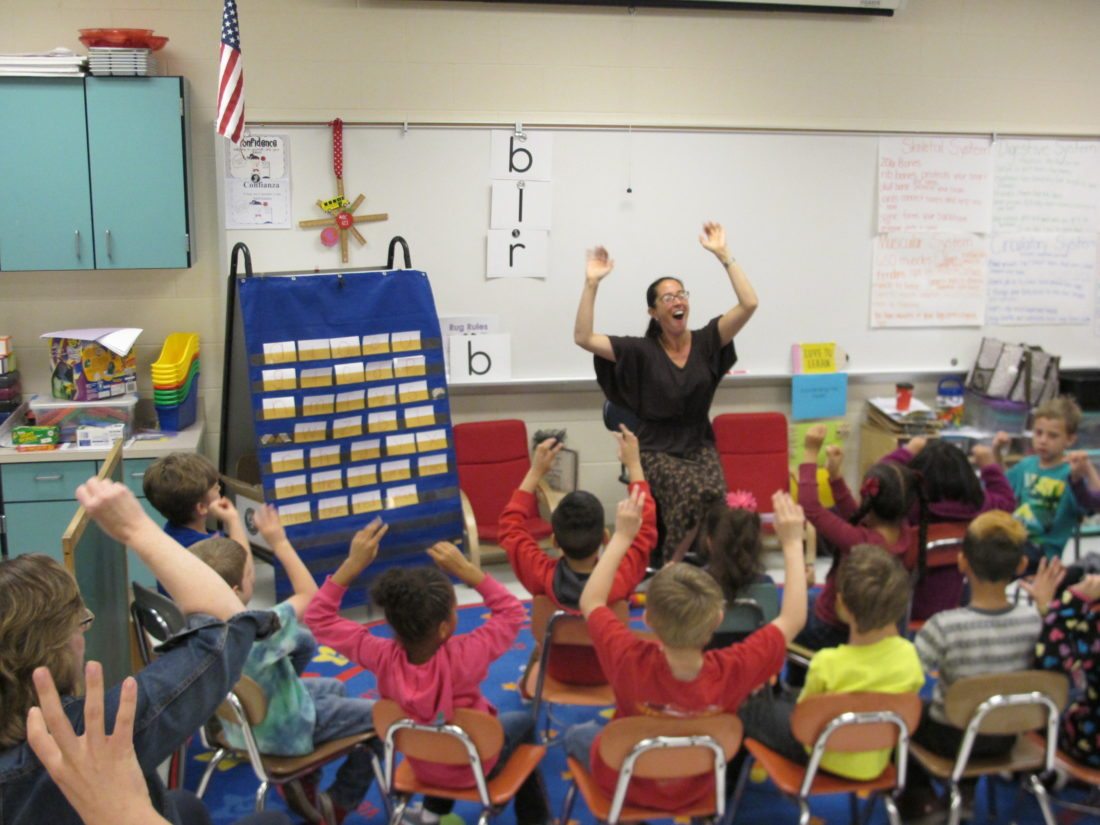 Most people wouldn’t think of singing along with the books they read, but that’s exactly what some of Jamestown Public Schools’ youngest students were doing this week.

In a new method of arts-education integration, Deborah Sunya Moore, Chautauqua Institution’s vice president of performing and visual arts, visited Ring and Love elementary schools Wednesday and Thursday, respectively, to instruct kindergartners and first-graders in practice of reading to a steady beat.

The “steady beat” workshops were presented as part of a professional development partnership between Jamestown Public Schools, Chautauqua Institution and the John F. Kennedy Center for Performing Arts in Washington, D.C. The premise behind the workshops is that many children’s books can be read to a steady beat, and have rhyme and typical patterns which can be interpreted in the form of a song.

“Bringing music into the reading process creates an immediate sense of fun, a richer personal experience, a higher level of enthusiasm, a longer-lasting memory and a deeper level of comprehension of both music and reading,” Moore said in her rationale of the workshops.

One of Moore’s Thursday stops included Amanda Tuggle’s first-grade class at Ring. Serving as the workshops’ Kennedy Center Teaching Artist, she instructed the students on finding the beat within the context of a song — utilizing a couple of familiar pop songs as examples.

She then discussed the construction of a song in its simplest terms: verse and chorus. A verse, she said, is the part of a song that tells the story within and furthers the narrative, while the chorus is recognizable in its recurrence and reinforcement of the character’s circumstances, whatever they may be.

Then she narrated a children’s book entitled “The Pout-Pout Fish Goes to School,” encouraging the students find the rhythm of the text in the “verses” and sing along to the recurring text throughout the books, referred to as the “chorus,” in unison. After the book was finished the students were asked to analyze the text verse-by-verse, of which there were four altogether, and interpret the development of the main character, Pout-Pout, by comparing the text — or “lyrics” — of the first three choruses with the changed text in the final chorus.

Moore had illustrated these “steady beat” concepts to teachers of both schools in a professional development workshop Wednesday evening, and then employed them in select classrooms so the teachers could see the process in action. Her assertion is that exploring a book through “participatory chanting” creates both a personal and shared learning experience for students that builds enthusiasm for reading, while increasing individual comprehension. 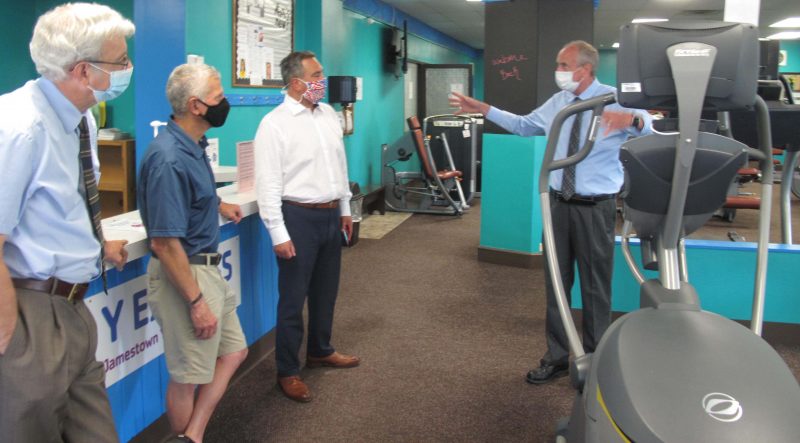