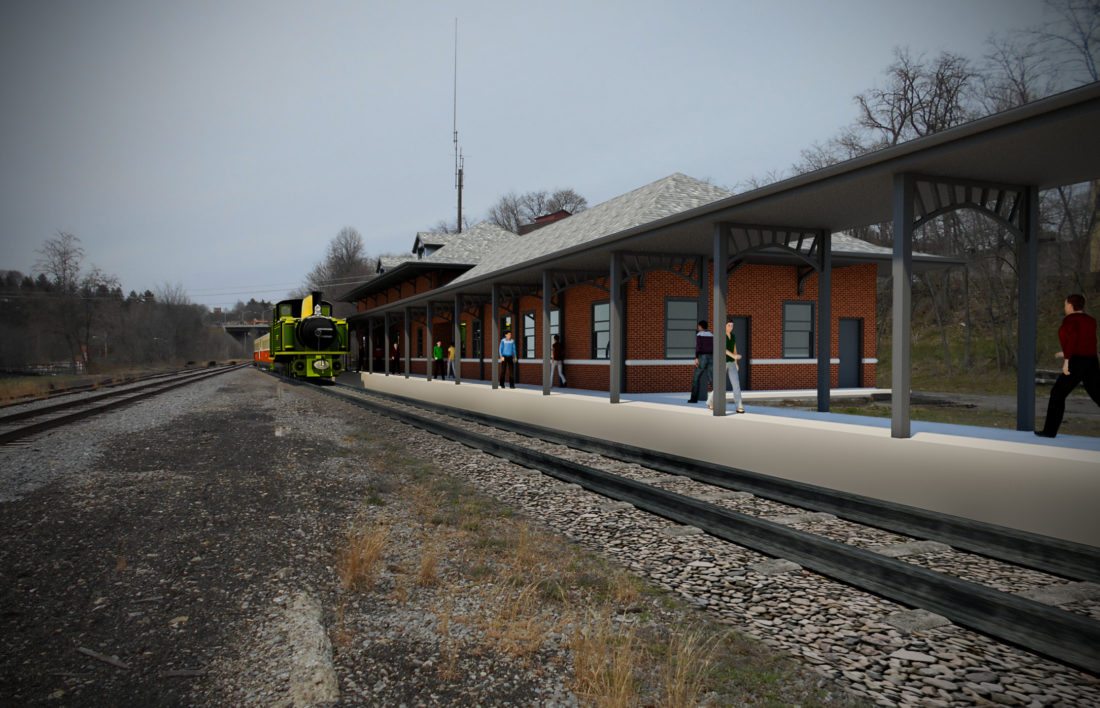 A conceptual drawing of the future Jamestown train depot location. City officials are working to create a train depot at the former engine building that sits west of the Jamestown Gateway Train Station along West Second Street. Submitted photo

For more than two years, city officials have been working to fund a feasibility and implementation study to bring back excursion train travel to the city of Jamestown.

Last week, Vince DeJoy, city development director, announced that they have accumulated the necessary funding to hire Stone Consulting & Design of Warren, Pa., to perform the feasibility and implementation study.

“The Department of Development worked to put together a coalition of railroad enthusiasts and operators, the three county IDA’s along the rail corridor (Chautauqua, Cattaraugus, Erie); Southern Tier West; and municipalities along the corridor; as well as bring Empire State Development officials into the project for future funding opportunities,” DeJoy said. “I am happy to report that we have reached our established funding goal recently with regional stakeholder commitments.”

DeJoy said in 2015 the Jamestown City Council first authorized the use of up to $30,000 for the study while seeking a state Regional Economic Development Council Consolidated Funding Application grant, which they did not receive. He said city officials then reached out to local foundations during respective grant funding cycles, but again did not receive the necessary funding to match the $30,000 being committed by the city. However, this didn’t stop the city from continuing to find funding partners before, at last, finding several partners to contribute to the study. 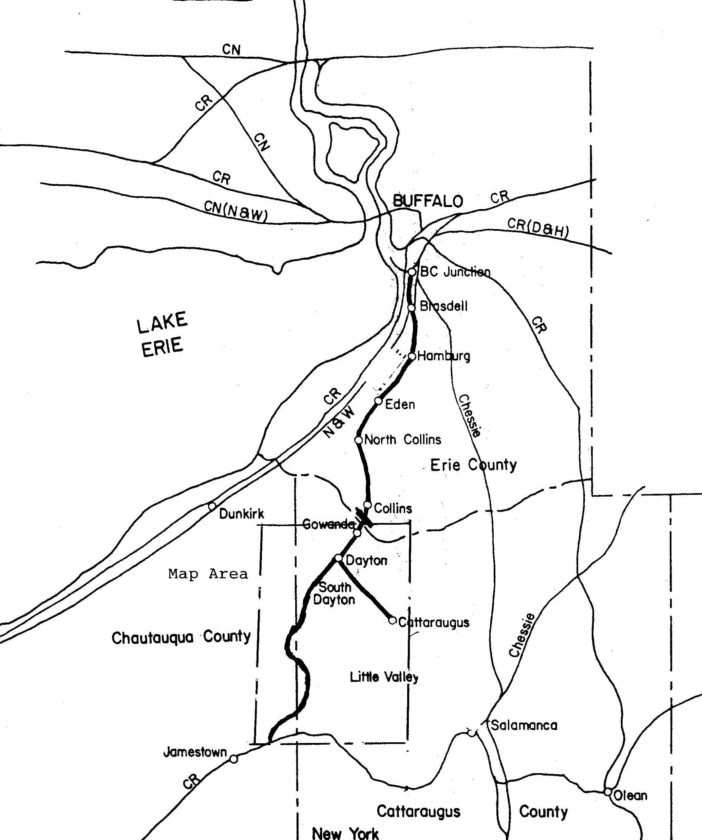 DeJoy said in August city officials through the Jamestown Urban Renewal Agency put out a request for proposals to approximately 14 qualified firms to perform the feasibility and implementation study.

“Stone Consulting & Design submitted the best proposal that was due back to our office on Sept. 27, and they have a great deal of successful experience working with other regions around New York state and nationally to help provide the necessary technical and economic feasibility models for excursion train development and sustainability,” DeJoy said.

The Jamestown Urban Renewal Agency will manage the study with their partners contributing to the final product with both monetary funds as well as input from an infrastructure and railroad perspective, as well as creating a tourism attraction to link Jamestown and numerous villages, towns, cities along the line with Buffalo, and hopefully Niagara Falls, DeJoy said.

Additionally, city officials were awarded a $670,000 grant from the state Downtown Revitalization Initiative for a project to install necessary railroad infrastructure to support the advancement of a regional excursion train connecting to Buffalo and Niagara Falls at the Jamestown Gateway Station, which is becoming The National Comedy Center and Comedy Center Park, and at an adjacent location where local officials are working to redeveloping a former engine building into the Jamestown Area Railway Heritage Center. The state funding will go toward creating a second track that excursion trains would use as a railway turntable or as an area to park while passengers tour the city. None of the state DRI money will be used to renovate the Jamestown Area Railway Heritage Center, said Jamestown Mayor Sam Teresi, earlier this year.

“It will also be an opportunity for excursion trains to be hooked up for cleaning and servicing while they are here. There is only a single track there now so an excursion train will need a place to park if it is going to be here for sometime or overnight without shutting down the whole track,” Teresi said. “Another piece of the puzzle will be for an accessible place to disembark. The ‘depot’ is necessary. These are a few of the first things that need to be done to attain and accept excursion train traffic. None of the DRI money would go toward renovating the engine (building). It would all go toward the infrastructure.”

Teresi said in order for excursion train traffic to come from the Buffalo-Niagara region, there needs to be improvements made to a bridge between Jamestown and Waterboro and a switch and line refurbishment between Gowanda and Waterboro. The mayor said there also needs to be some general tie and rail refurbishment to improve the railroad lines to make the trip smoother and allow for the trains to travel safer at greater speeds.

DeJoy said there will be a signing ceremony of all the excursion train study partners Thursday at 4:30 p.m. at the Jamestown Municipal Building, located at 200 E. Third St., on the fourth floor in the police training room.

“Can you imagine a train rolling into Jamestown with 300 to 600 passengers disembarking at the beautiful new National Comedy Center ready to see new things, experience new restaurants and attractions, and hopefully stay overnight in one of our new hotels,” DeJoy said. “Each excursion trip will have direct economic impact on the city and the region as well as the other municipalities along the corridor as we find ways to program stops along the way to give people a flavor for all of Western New York.”