Jamestown High School Graduates On To Next Journey 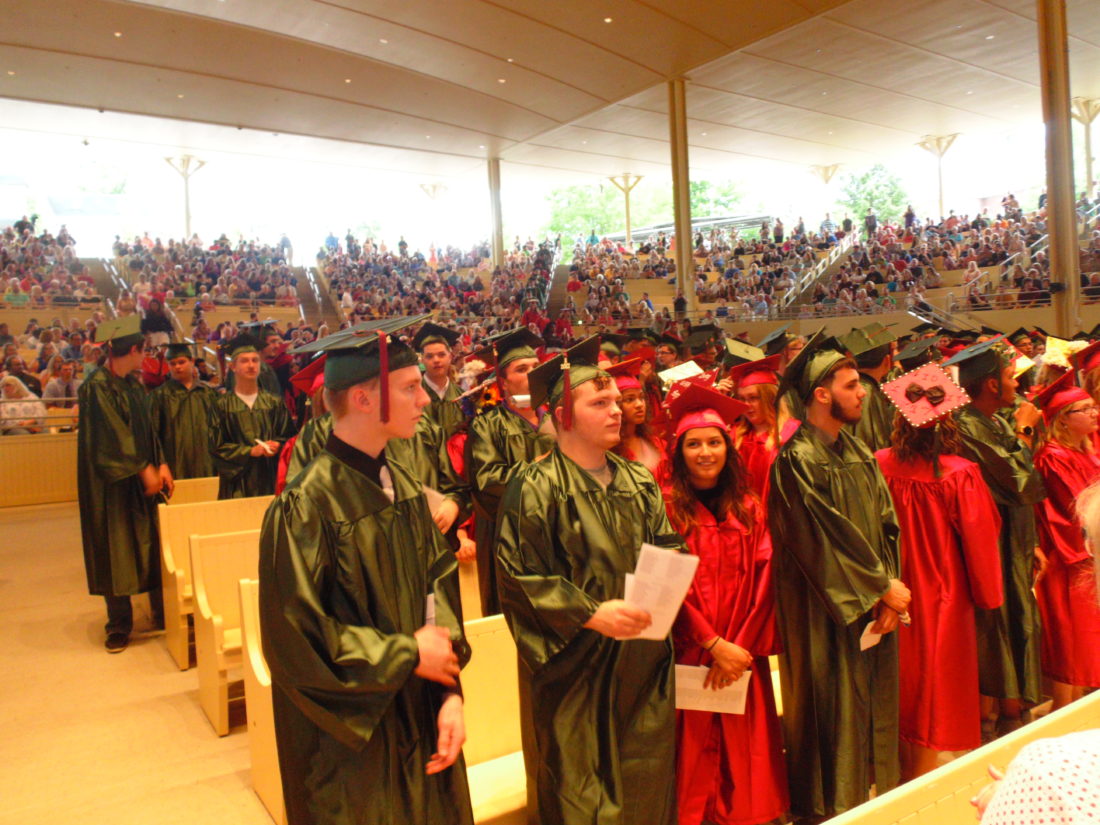 CHAUTAUQUA — Members of the Jamestown High School Class OF 2017 are on to their next journey.

A total of 297 graduates made their way into the newly constructed Amphitheater at Chautauqua Institution on Thursday to obtain their diplomas and celebrate an end to their high school careers. Graduates’ faces lit up with grins as they walked into the Amphitheater, while family and friends looked on with excitement and cheers.

The occasion was a special one for interim superintendent Sylvia A. Root. As one of the first speakers to take to the podium, she told graduates they’ll be successful as long as they work hard.

Root said 108 graduates will be heading to two-year institutions while 62 are on their way to four-year schools. Eleven graduates are enlisting in the military while five are headed to technical schools. Eighty-nine graduates are entering the workforce.

“We, your family and your community recognize each of you and your contributions to the overall success of the class,” Root said. “Work hard and find something you’re passionate about. Seek to fulfill the promise within you.” 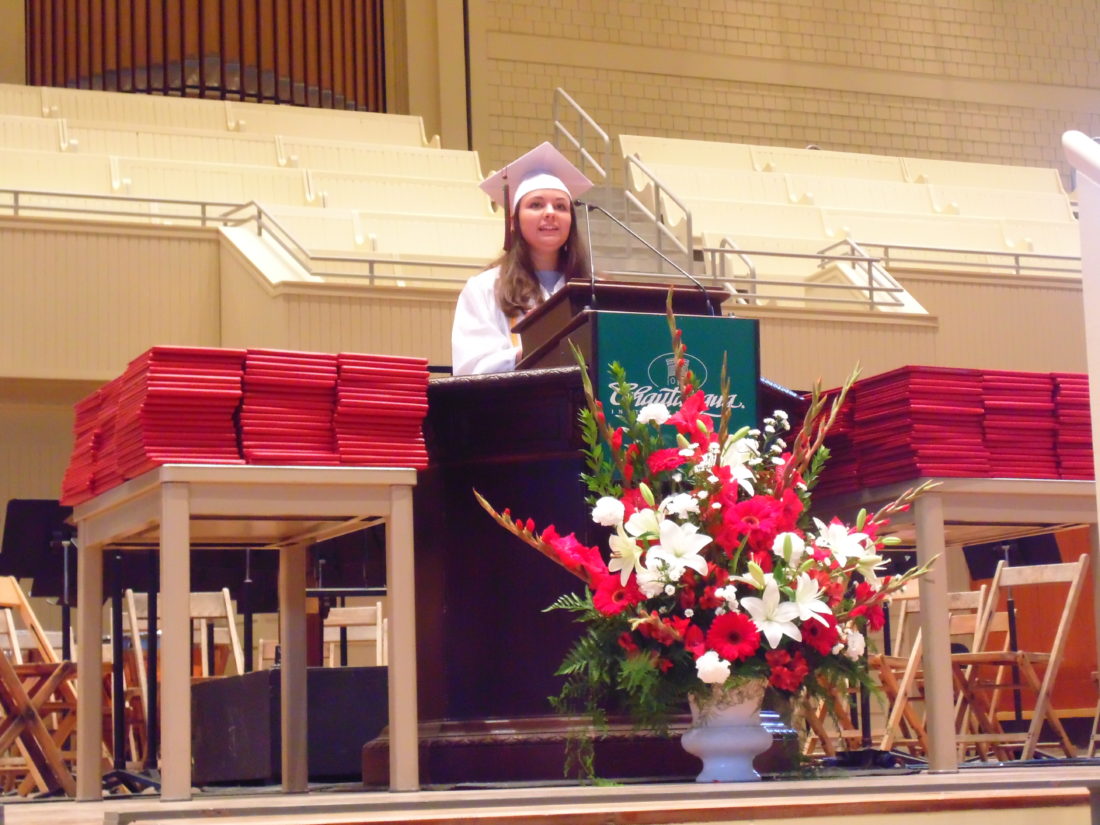 Salutatorian Madison D. Card told her fellow graduates to not forget the interactions with others and to remember that the little things matter just as much as the big ones. Card will be attending the University of New Haven to study forensic science.

“We can get things done if we cooperate,” she said. “Stay true to ourselves.”

After 13 long years of school, valedictorian Kelly A. Emerson said graduates made it to the day they’ve all waited for. Emerson told her fellow graduates the occasion is much more than just obtaining a diploma. Emerson will be heading to Case Western Reserve University to study biology on the pre-medicine track to become a child psychiatrist.

“You’re here to those who doubted us. We’re here to say we did it,” she said. “Even if we’re not the smartest people in the room, we can achieve anything we put our minds to.”

Referencing a notable Katy Perry song, she told graduates their generation will be the one take make the loudest “roar.”

“We may get knocked down, but we know how to get back up,” she said. “Now is the time to take our high school education from Jamestown and ignite something beyond the possible.”

Michael G. McElrath, high school principal and 1980 Jamestown graduate, told graduates to challenge themselves and take leadership roles instead of waiting for a follower.

“Upon receiving your diplomas tonight, be moved to the next stage of your journey with lots of opportunities for new firsts,” he said.

Keynote speaker Chris Olsen, a 1982 Jamestown High School graduate, was also quick to acknowledge that the class made some history Thursday evening as they were a part of the first event in the newly constructed Amphitheater. Olsen, a producer and attorney in Los Angeles, Calif., told graduates their future is incredibly bright.

Olsen acknowledged a true passion for Jamestown as well as the many notable Jamestown High School graduates who went on to make a difference in some shape or form. He discussed the work of fellow Jamestown graduates to bring the National Comedy Center and a $10 million grant to revitalize Jamestown.

Olsen said the 2017 graduates are the leaders of tomorrow. He concluded his speech by telling graduates to be bold and do great things for the community.

Upon receiving their diplomas, the graduates changed their tassels to officially mark the end to a high school career and a beginning to a new adventure.