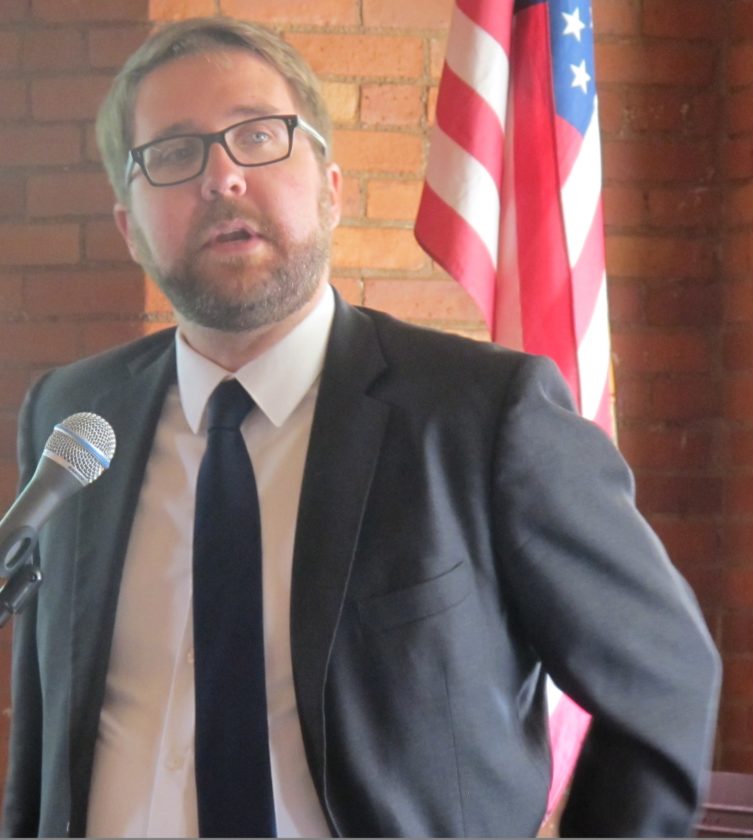 Several points of regional data including poverty and unemployment rates will be included in Jamestown’s community needs assessment.

ESPRI was first introduced by Gov. Andrew Cuomo’s during his State of the State address last year. Jamestown was one of 16 cities in the state selected to participate in the poverty reduction program. As part of the 2016-17 state budget, the city will received $1 million in state funding for the poverty reduction initiative.

The Center for Governmental Research was hired by the United Way of Southern Chautauqua County, who is the administrator of Jamestown’s Empire State Poverty Reduction Initiative program. The demographic data presented by Nabozny will be included in the community needs assessment.

Nabozny said 29 percent of those who live in the city live in poverty. That is 10 percent higher than Chautauqua County’s poverty rate, which is 19 percent. The U.S. and New York state poverty rates are both at 16 percent.

Of those living in poverty, 46 percent have less than a high school diploma, 17 percent have an associates degree or some collage experience and 9 percent have a bachelor’s degree. Nabozny said 39 percent of those in poverty do not have a job, 33 percent work part-time or only during a part of the year and 4 percent have a full-time, year-round employment.

Nabozny said public assistance for the Supplemental Nutritional Assistance Program countywide has increased from around 15,000 people in 2008-09 to 25,567 in 2015. He said employment has gone down in Chautauqua County since 2000. The decrease in employment has impacted the manufacturing sector the most, which had 13,000 jobs in 2001 and only had 9,700 in 2015, which is a decrease of 27 percent.

While doing research for the community needs assessment, the Center for Governmental Research also hosted several small group discussions with about 70 people, Nabozny said. These group discussions included people who range in age from 15 to 70, who have various education and work experience backgrounds.

Nabozny said, according to those who were interviewed, some of the barriers to finding employment included a lack of access, job training not leading to finding a job, discrimination and language barriers. Public safety concerns included the opioid epidemic and drug related crimes.

People in the focus groups also indicated they had a difficult time finding quality housing because landlords weren’t providing them with a safe place to live, which included infestation problems. Health care concerns included a lack of specialty care, especially for substance abuse; adult primary care and a difficult time accessing providers.

Nabozny said local employers indicated they had a difficult time finding qualified local employees who could pass a drug test and finding workers who possesses soft skills like showing up for work on time.

Nabozny was asked if he witnessed similar challenges in Jamestown that he saw in other communities where he provided a community needs assessment.

“These challenges are not unique to Jamestown, but they are here,” he said. “There is a lot of pride you hear about from people in the community. People want to figure out the challenges.”

Tory Irgang, United Way of Southern Chautauqua County executive director, said a draft copy of the community needs assessment will be sent to ESPRI task force members to review. She said when the assessment is finalized it will be released to the public. The local ESPRI task force has been meeting since November to develop a plan for solutions to help those living in poverty in Jamestown.

The ESPRI task force is slated later this year to allocate funding toward transformational projects to help those living in poverty in Jamestown.