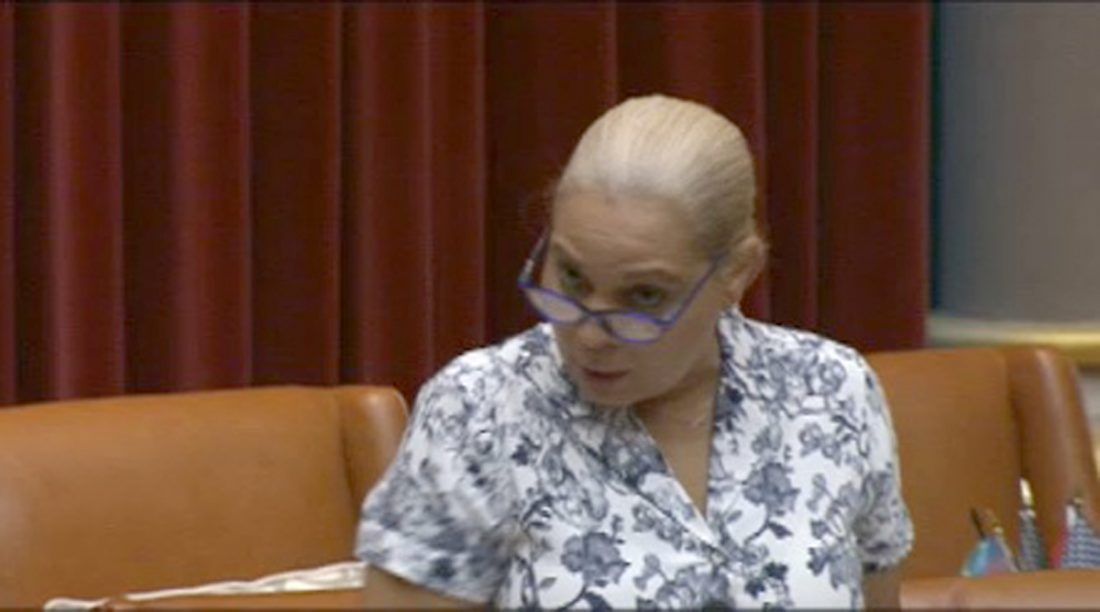 Judges could be given discretion to waive court surcharges and fees for poor defendants under the age of 21.

A.5045 passed the state Assembly on Monday by a 97-44 vote with both Assemblymen Joe Giglio, R-Gowanda, and Andrew Goodell, R-Jamestown, voting against the legislation. Companion legislation, S.3547, is on the state Senate’s calendar for consideration.

The legislation amends the criminal procedure law and allows a judge to waive certain surcharges and fees if a defendant is under 21 years of age and demonstrates either that the fee would impose an undue hardship, prevents successful reintegration into society or that the interests of justice require the fees to be waived, according to legislative memorandae filed by sponsors Maritza Davila, D-Brooklyn, in the Assembly and Velmanette Montgomery, D-Brooklyn, in the state Senate.

The mandatory surcharge for a felony is $250, $140 for a misdemeanor and $75 for a violation. The Crime Victim Assistance Fee is $20 for felonies, misdemeanors and violations while the DNA databank fee is $50. A supplemental sex offender victim fee, which is paid for those convicted of sex offendses, incest or sexual performance by a child, is $1,000.

“When we waive those fees for a defendant who has been convicted or pleads guilty, because those fees only apply with entry of a guilty verdict or a guilty plea, then those costs are put back on the taxpayers,” Goodell said. “I think that’s one reason why the Conservative Party has objected to this, because they think the cost of doing a DNA test or the cost of doing a crime victim’s assistance or the cost of registering as a sex offender should be borne by the sex offender and not by the taxpayers, and the cost of the DNA test for a serious crime should be borne by the offender and not the taxpayers. That probably explains why we had 40 no votes when this came up last time.”

Davila told Assembly members during floor debate Monday that mandatory court fees on young defendants and their families can make a family’s financial problems worse and can give youth a reason to turn to crime. Youth and their families who cannot pay court fees face a myriad of penalties including: criminal contempt, civil judgments that follow them into adulthood, probation violations, additional fees, property liens and incarceration. In her legislative justification, Davila wrote that the impact of court fees on youth in poverty are harsher than the same fees for more affluent peers.

“This is the second time this bill is going to pass the Assembly,” Davila said. “I’m looking forward to it, especially now. It’s perfect timing to get it done. We have many families that are standing in line just to get food on a daily basis. So I don’t I don’t think a $25 or $50 fine is really going to break the courts. I really do not believe that. I really do believe it is imperative that we continue to chip at all of these fines that are causing harm and recidivism to our children. So we need to give once again second chances. I truly believe in second chances. We can’t hold our children back because they can’t afford a $25 fine.”

Assemblywoman Mary Beth Walsh, R-Ballston, also argued against the bill on the Assembly floor on the grounds that waiving fees likely isn’t helping those convicted of crimes to learn from their mistakes.

“I think what’s really at issue here is how do we balance and have a sense of fairness and compassion toward defendants in our criminal justice system against the interest that society has in safety and in trying to promote deterrence and curb recidivism of a particular defendant,” Walsh said. “I appreciate the fact this would be discretionary with the court, however I would say an individual who is under the age of 21 could potentially have a pretty long criminal history at the time they’re appearing before the court. I really think this bill is difficult to support because it’s treating individuals who are 19 and 20 years old in a way that’s not holding them fully responsible for what they’ve done.”