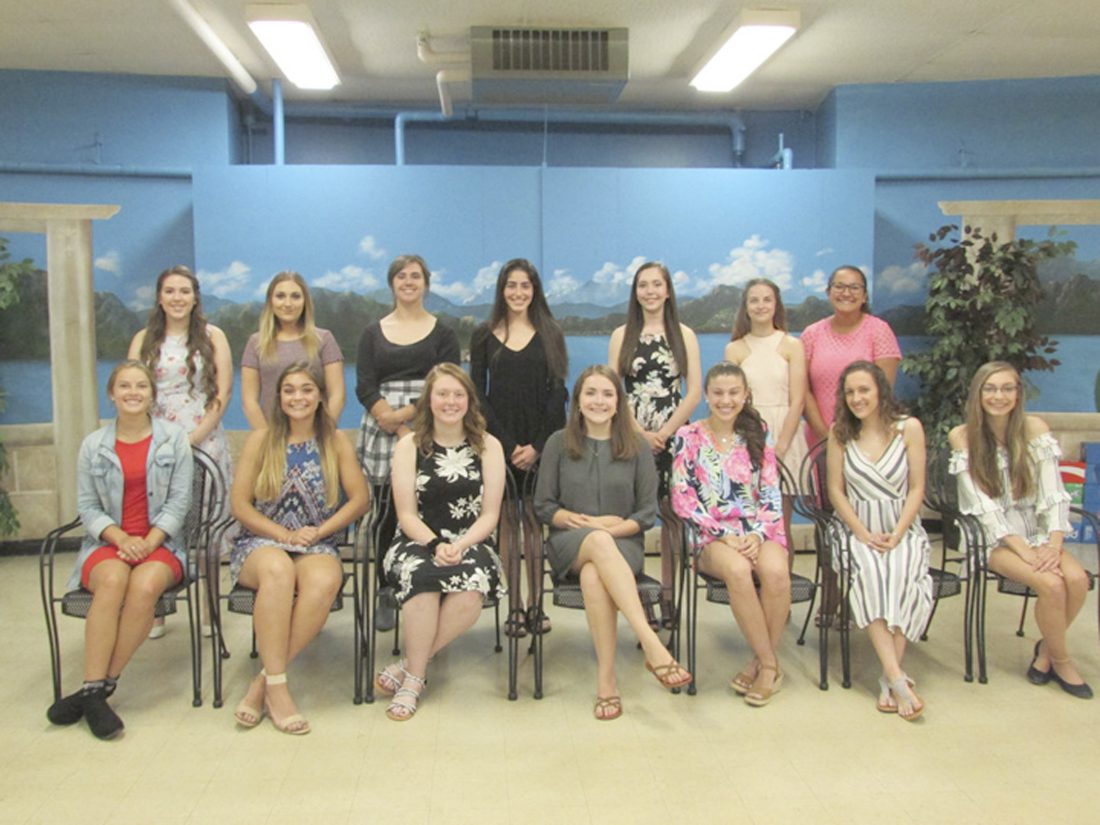 The outbreak of COVID-19 has forced the cancellation of this year’s Chautauqua Area Scholarship Program. Pictured are high school seniors in the 2019 program. P-J file photo

An annual community staple has been canceled for only the second time in its 54 year history.

The organizing committee for the Chautauqua Area Scholarship Program — previously known as Junior Miss and Distinguished Young Women — announced this week that the program would not be held due to concerns over the outbreak of COVID-19.

The program chooses between 14 and 17 rising high school senior girls from across southern Chautauqua County and the Randolph area each year based on academic achievement, community and school activities and a personal interview to compete for scholarship money to aide college costs.

Each participant is also paired with an area third grade “little sister” whom they mentor throughout their experience in the program, which begins in the summer and culminates with a November program. The “little sisters” perform in the program, fundraise for the scholarship money, help with community service and participate in activities with the program participants. Over $16,000 was raised during last year’s competition.

The decision was an emotional one for Christine Yocum, who has served as chairwoman of the program since 2012.

“This was heartbreaking,” Yocum said. “I know that girls are upset and trust me, if we could find a way to have it, we would — we just can’t have 800 people in an auditorium.”

“We started talking about this when we knew everything around us was getting canceled,” Yocum added, noting that the committee usually relies on local schools to help recruit participants. With in-person classes suspended for the rest of the school year, that made recruitment difficult.

“Because we ended school in March, we didn’t really know how many would be interested,” she said. “We had made a plan, because we weren’t able to get into the schools, to do a promotional video, use social media, Instagram, Facebook to promote the program.”

“We threw out every possible idea,” Yocum added.

Postponing the program into next spring was also considered.

“I know that if we were to postpone it until the spring, we just wouldn’t get the girls because they are all so active. We would not be able to compete with those programs and hopefully, they are still a ‘Go’ next year.”

“The decision to cancel now is because it takes all summer for the girls to practice,” she said. “As of right now, given the current guidelines, we can’t have more than 10 people somewhere and inside.”

“It’s a big undertaking to even get this out in November and we don’t know what the school year is going to look like let alone if we are going back next to school. It’s not something that we can do remotely, virtually, because this is a moneymaker for us and it’s how we provide the money for the girls’ scholarships.”

And while Yocum was not sure who would’ve participated this year – just because of the change in the recruitment process – the decision to cancel was still quite difficult.

“We knew of some girls that had been ‘little sisters’ in the past that were interested this year and it broke my heart,” she said. “It breaks my heart because this is something that they’ve waited for since they were a ‘little sister’ and I had to cancel it.”

“I want the community to know how incredibly sad we are that we had to do this,” she said.