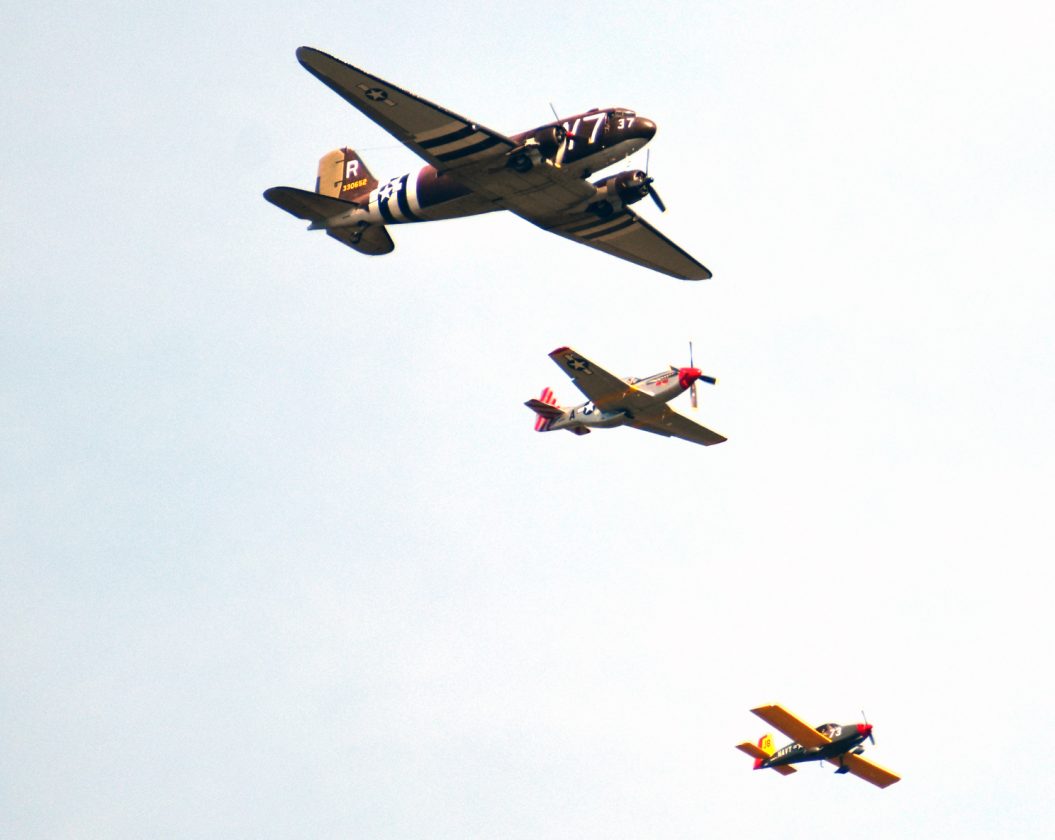 Three planes are pictured above Brooks Memorial Hospital on May 16 as part of a flyover event to recognize first responders. P-J photo by Eric Tichy

The Geneseo-based National Wartime Museum announced on its website that “Operation Thanks From Above” will return Saturday, June 6, for a tour over the Southern Tier.

The organization said flights will extend from the Jamestown area east toward Binghamton.

The museum held flyovers May 16 at several locations, including the Dunkirk/Fredonia area.

“This will be a flight to honor the first responders, healthcare personnel and essential workers in communities like Olean, Wellsville, Hornell, Bath, Corning, Elmira, Binghamton, Cortland, Ithaca, Watkins Glen,” the museum posted on its website.

The museum said it was organizing the second round of flyovers due to the “success and incredible response” from the May 16 event. The flyovers included a Douglas C-47, affectionately named “Whiskey 7,” and two other planes.

Locally, the vintage planes made three circles around Brooks Memorial Hospital. The planes started in Geneseo and also flew over parts of Buffalo and Rochester.