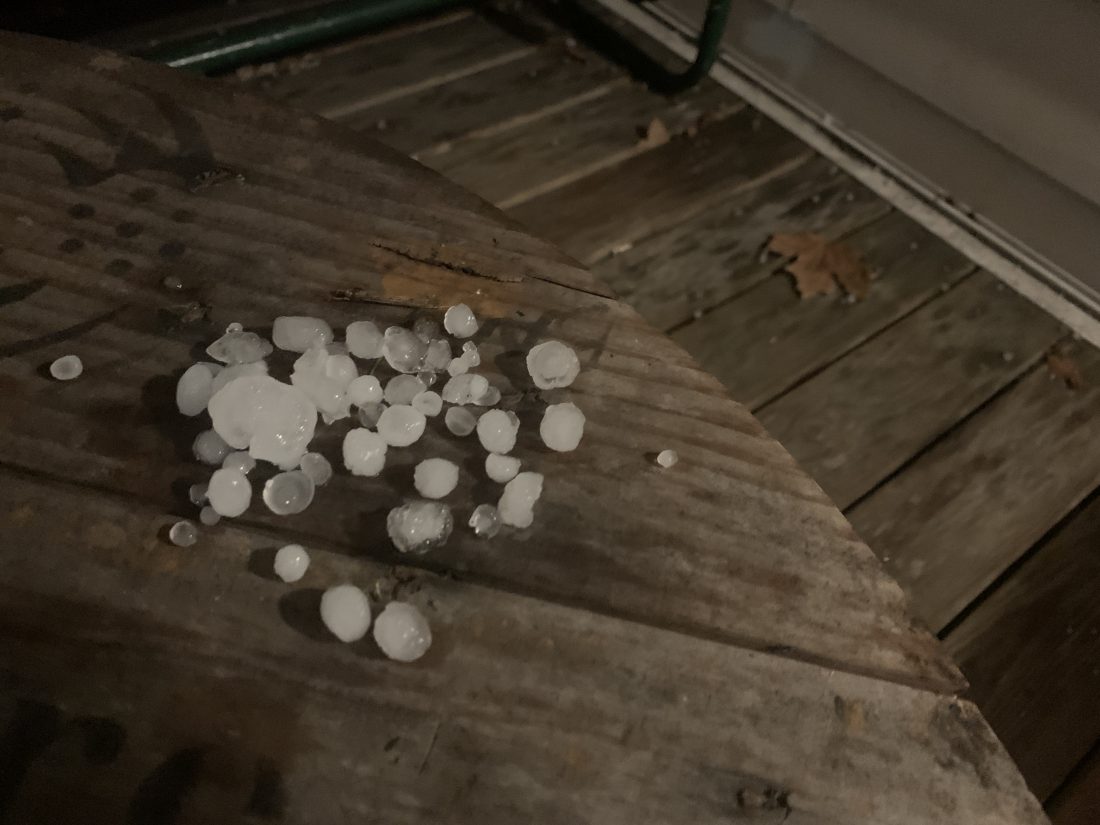 Pea-sized hail is pictured Tuesday night after a storm moved through Jamestown. Elsewhere, several utility poles were knocked down in Findley Lake, forcing the closure of Route 430 to traffic for more than 15 hours. P-J photo by Eric Tichy

A line of storms that swept through the region late Tuesday brought hail, strong winds and some reports of damage.

The first storm moved east over Chautauqua County around 9 p.m. and included heavy rain and some reports of hail in the Busti area.

Around 11:30 p.m. another storm approached, prompting the National Weather Service to issue weather warnings for Chautauqua, Cattaraugus and Warren, Pa., counties. By about 11:45 p.m., the storm moved into the Jamestown area, causing pea-sized hail to fall in some parts.

Residents reported similar findings in other areas, including Lakewood and Celoron.

In Findley Lake, the storm caused several utility poles to fall along Route 430. The road remain closed through Wednesday afternoon.

“We had a mess,” said Jack Hamilton, chief of the Findley Lake Fire Department. “We had 10 poles fall in a row. I’ve never seen that before.”

Hamilton said his firefighters remained on scene to direct traffic. “Thank God they’re willing to do it,” he said. “It’s been a long night, and it’s probably going to be a long day.”

There were also reports of uprooted trees on Shadyside Road in Findley Lake.

Power was knocked out to dozens of customers in the southwest corner of the county. Most of the power was restored by Wednesday morning.