On Wednesday morning, Sue Baldwin observed several construction vehicles near her house, which sits on the corner of South Hill and Bard roads. “They start around 7:30 a.m., and they don’t go away all day,” she said. Submitted photos 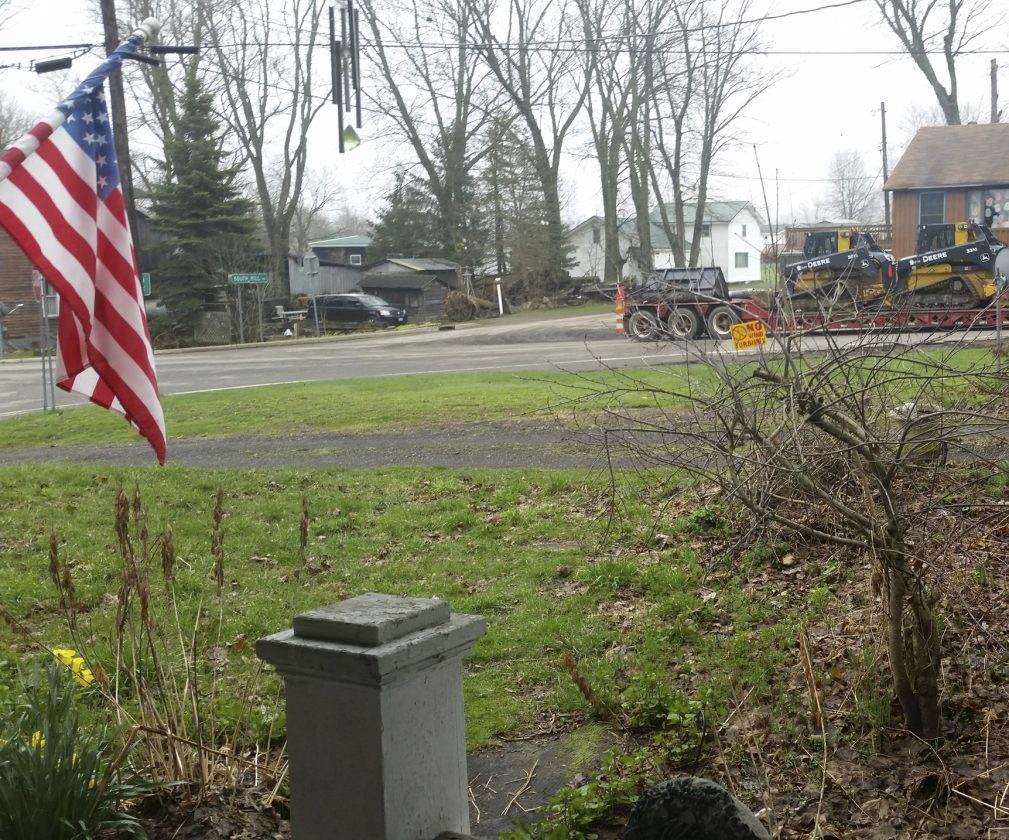 On Wednesday morning, Sue Baldwin observed several construction vehicles near her house, which sits on the corner of South Hill and Bard roads. “They start around 7:30 a.m., and they don’t go away all day,” she said. Submitted photos

CHARLOTTE — Siblings Dustin and Allison Baldwin of Cherry Creek have noticed a surge in foot traffic at the South Dayton Super Duper, where they both are employed.

With many grocery stores overwhelmed with panicked shoppers seeking toilet paper, canned goods and other must-haves, the Super Duper in particular has had several out-of-state customers who apparently are working for wind company Innogy.

According to James Denn of the state Public Service Commission, work is supposed to pause soon, but many worry about the local community’s risk of exposure in the meantime.

Sue Baldwin, Dustin and Allison’s grandmother, said Tuesday that even as she was speaking, wind construction vehicles were driving by her house, which sits at the intersection of Route 83, Bard Road and South Hill Road. Earlier this week, she got in her car and followed the vehicles from their work site to the former Johnson Senior Home on Route 83 near Black Corners, which is now a rooming house where the workers reside during the week. She noted that often on the weekends, several vehicles are gone.

“Have they been going home to see their families and then coming back here?” she wondered. 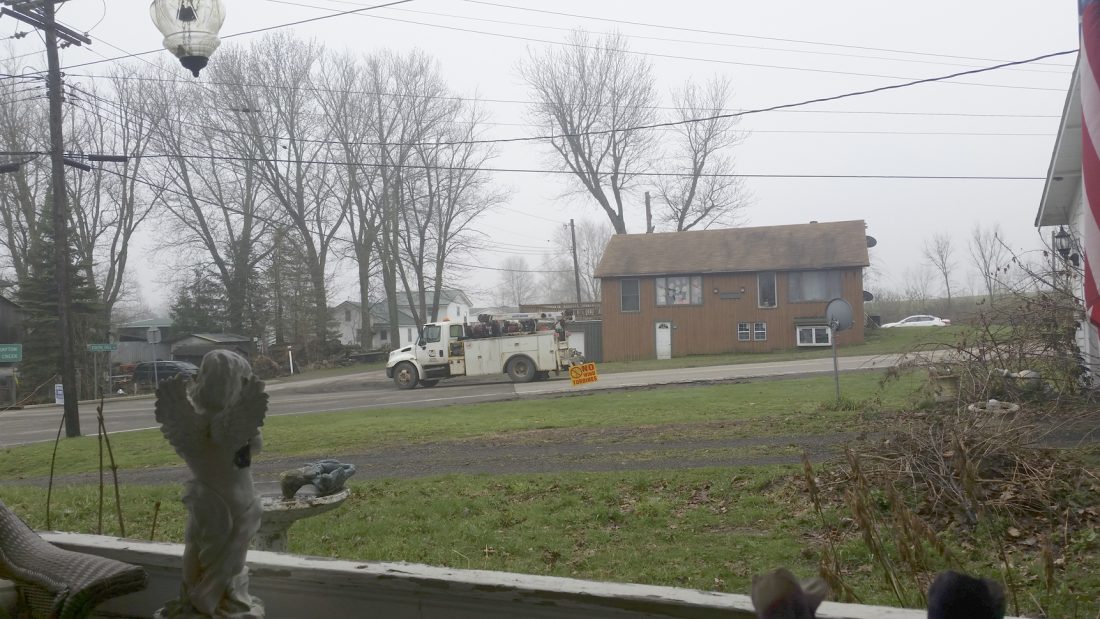 “I’ve seen about six vehicles in the parking lot with different license plates,” Baldwin said. “These guys are from Indiana, Pennsylvania and Idaho. My grandkids have seen them pull into the Super Duper to get gas and stop in for food.”

She also expressed concern over the exposure of Amish residents to out-of-state workers who may patronize their businesses.

The continued work on the project is concerning, given Gov. Andrew Cuomo’s March 29 executive order that states only certain construction is “essential,” which is determined and authorized by the Empire State Development. New York State Energy Research & Development Authority’s website states, “Governor Cuomo’s PAUSE Executive Order and subsequent Executive Order 202.13 place a priority on the safety and health of every New Yorker. As a result, NYSERDA is pausing all on-site work conducted by contractors for all our clean energy programs until April 15, unless defined as either essential or emergency-related.”

On Wednesday morning, PSC public information officer Denn responded to an email inquiry about whether Cassadaga Wind had received a waiver of exemption from Cuomo’s executive order.

“The developers of Cassadaga are winding down construction activities at the site, but will continue limited unavoidable work streams including work to make the project site safe,” he said. “During this period, the substantially reduced workforce remaining on the site will follow CDC guidelines for distancing and use of appropriate personal protective equipment.”

Calls to Innogy Field Engineer Will Savage, who works out of Innogy’s office in Cherry Creek, were not returned as of Wednesday afternoon.

Many residents are concerned that the damage has already been done, as workers have been on site daily and interacting with the community since March 29.

Engstrom added that these vehicles have also been seen at the Kwik Fill on Route 60 in Cassadaga. In all, she estimates 30 employees have continued to work on the project.

Cassadaga resident Patricia Greenstein said on Monday, “We shooed away the workers from Ironwood Heavy Highway, LLC from Rochester that were attempting to cut our trees along the road. On Tuesday morning, the crew returned with Chautauqua County sheriff’s deputies.”

Greenstein continued, “Deputy Hallmark demanded that I go back inside my home. He had the gall to remind me of the 6 feet social distancing, yet throughout the entire process, the deputies were in direct contact with workers — in particular, the foreman of Ironwood, Seth Schumacher. Additionally, I observed Mr. Schumacher speaking to someone in a vehicle that stopped, and he leaned right into the window.”

John Conway, who lives on Cassadaga Road in the town of Charlotte, said, “We’ve had days where truck traffic has been nonstop. … We’re the main traffic route for the wind project. Three turbines will be directly behind me about 1,700 feet from my house. Less than half a mile down the road will be two more turbines, and another three or four a mile from that.”

Conway has observed vehicles from Zoladz Construction in Alden and several vehicles from Gernatt Asphalt Products, which has plants in Delevan, Gowanda, Springville and South Dayton.

“I saw a few guys close to each other working on one of these access roads,” Conway said. “I see two people in cabs of pick-up trucks all the time. That’s definitely not social distancing.”

He expressed concern that all non-local workers will be traveling home for the holiday weekend and then returning on Monday.

Fredonia resident Mark Twichell has been in contact with County Executive PJ Wendel and Lori Cornell, Gov. Cuomo’s regional representative. In his emails to both, he expressed his concern over county residents’ exposure to the dozens of employees working on the Cassadaga Wind project.

In a reply email to Twichell, Daniel Heitzenrater, executive assistant to the office of the county executive, said that he is unsure whether the state will be publicly releasing the names of those entities exempt from his order. He called Twichell’s attention to the state’s newly-launched PAUSE Enforcement Task Force: “Violations can be reported 24/7 by phone or the online form, and the state will review those and send those which can be enforced to the County/Town to do so. You can report potential violations either at 1-833-789-0470, or http://coronavirus.health.ny.gov/new-york-state-pause and click ‘file a complaint’ on the menu located to the left.”