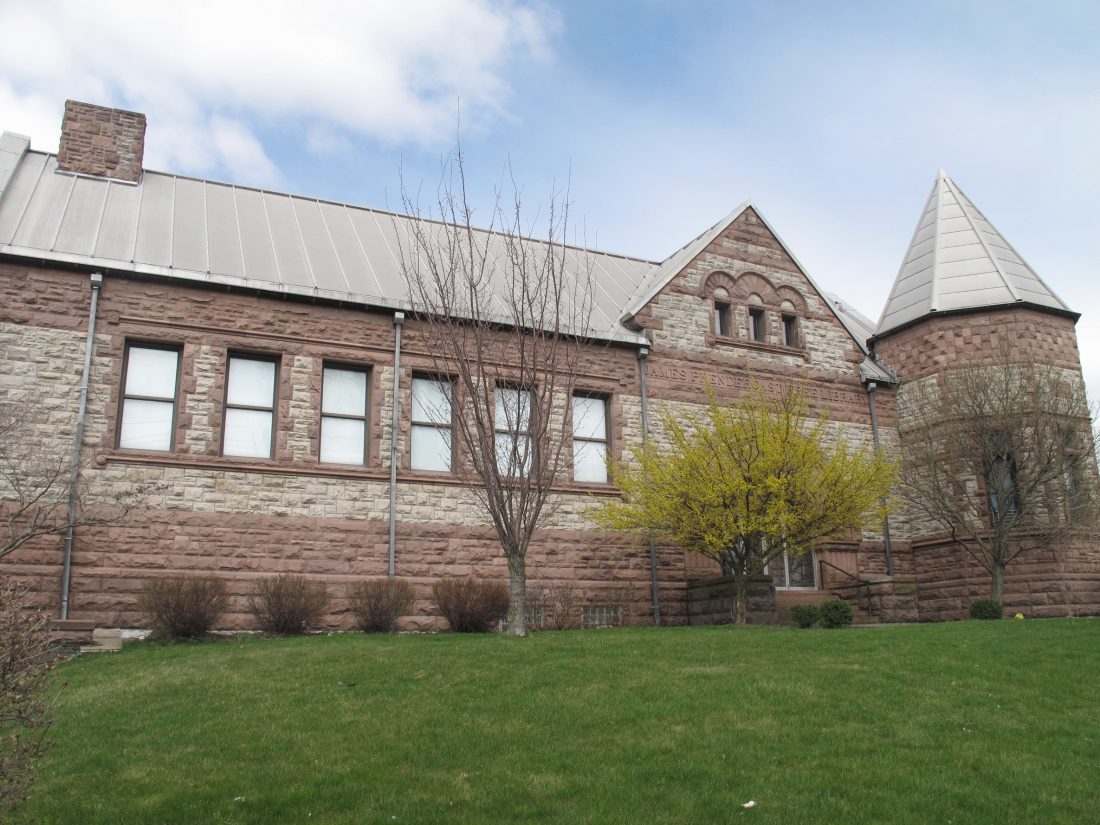 The James Prendergast Library Association public funding vote has been postponed because of the novel coronavirus, COVID-19, outbreak. P-J photo by Dennis Phillips

At the earliest, the funding vote for the James Prendergast Library won’t take place before June 1 following the cancellation of school board elections.

The James Prendergast Library Board of Trustees met Thursday via an online video chat to discuss the postponement of the 259-vote, which would have happened on the same date as the Jamestown Public Schools budget vote. The vote has been delayed because of the mandate from state officials for there to be no public gatherings during the novel coronavirus, COVID-19, outbreak.

Along with the postponed vote, the board members also discussed their best options to garner public funding support.

Robert Schofield, Prendergast Library attorney, discussed three options with board members. One option would be for the library board to continue with the planned 259-vote once public gatherings are allowed. He said library officials are asking for less public financing this year, $350,000, compared to the $850,000 it asked for during the failed 259-vote in 2016.

However, following the coronavirus outbreak, he said it may not be the best time to ask for tax funding support.

“People are stressed out with what is going on,” he said. “Economically, it is an unpredictable time to ask for tax support.”

Another option discussed by Schofield would be for the trustees to create an association library district. He said it would be very similar to how the library already functions.

However, instead of a board appointed by other trustees, members would be voted on by residents who live in the library’s service area. He added any member of the public in the service area would be allowed to run for a board position if they followed the necessary steps to be eligible.

“This would allow residents to be more involved in chosen a board,” he said.

“It would have similar powers to a school district,” he said.

Schofield said one problem with the public library district option is that it takes awhile to start a public campaign for support, which library officials probably don’t have time to do this year.

“You wouldn’t be able to do public board before (a 259-vote for public funding), but you could tell voters that is what you will do,” he said.

“It gives you autonomy and the sustainability you want,” he said. “The difficulty is the timing issue. It would be hard to do this year. … You could say to people give us funding (this year) and next year people will have a direct say in who runs this library.”

The board didn’t act on the options and recommendations Schofield provided during the meeting. Annie Green, library executive director, asked the board to think about the options so they can discuss what to do at their next meeting. Because of the coronavirus outbreak, the board has selected to cancel its next meeting and will plan to meet again Thursday, May 21.

In other business, because of the coronavirus outbreak, library officials have canceled the Prendergast Run for Literacy race that was scheduled for Saturday, May 9. Instead of a race, Greene said library officials would like to do a read-in fundraiser where people would take a photo of themselves with their favorite book in their favorite reading location in their home. She said people would then post their photos online.

Greene said she still has to discuss the idea with potential sponsors, with some businesses and organizations already donating funds toward the now canceled literacy run. She said the library has received around $1,500 in sponsorship funding already. She added that library officials will contact potential sponsors about the new read-in fundraising event.