Allen Park in the city of Jamestown is pictured Tuesday afternoon, hours after the mayor said all playground equipment and basketball courts would be closed to limit the spread of COVID-19. P-J photos by Eric Tichy 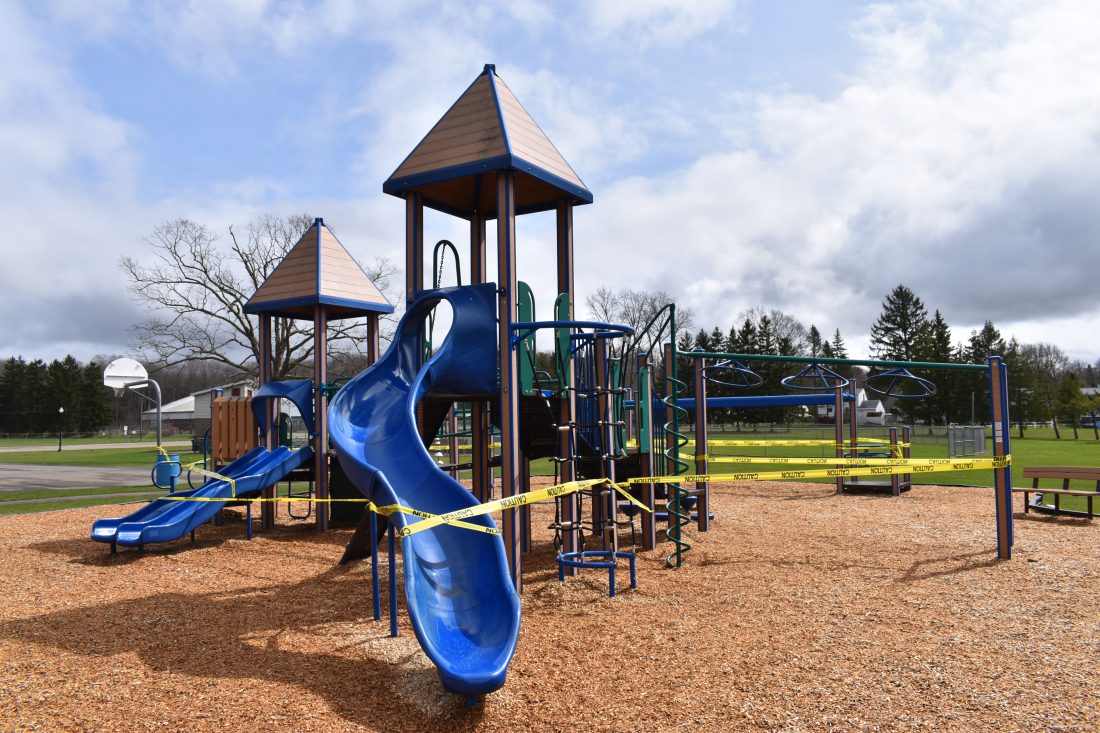 Allen Park in the city of Jamestown is pictured Tuesday afternoon, hours after the mayor said all playground equipment and basketball courts would be closed to limit the spread of COVID-19. P-J photos by Eric Tichy

Efforts to limit the spread of the coronavirus have reached park playgrounds throughout the city of Jamestown.

Parks and recreation staff on Tuesday placed yellow caution tape around playground equipment and on basketball courts at all city parks. The move, announced by Mayor Eddie Sundquist on Monday during a meeting of the Jamestown City Council, follows in the steps of state parks in which equipment and pavilions have been closed to limit gatherings in the midst of the coronavirus pandemic.

In addition to the tape, signs stating that the equipment was off limits were installed by city crews.

“For the safety of our residents, it is necessary to close down our playgrounds and basketball courts,” Sundquist said in a statement. “As we’ve seen the weather get nicer, we’ve seen more people use this equipment, which ignores social distancing rules and escalates the risk of the spread of the virus on services where it can linger.”

Sundquist emphasized that all city parks remain open for public use. The caveat, he said, is that park patrons must still abide by social distancing rules. “We encourage residents to enjoy the 500 acres we have here in the city in a safe, socially distant manner,” he said. 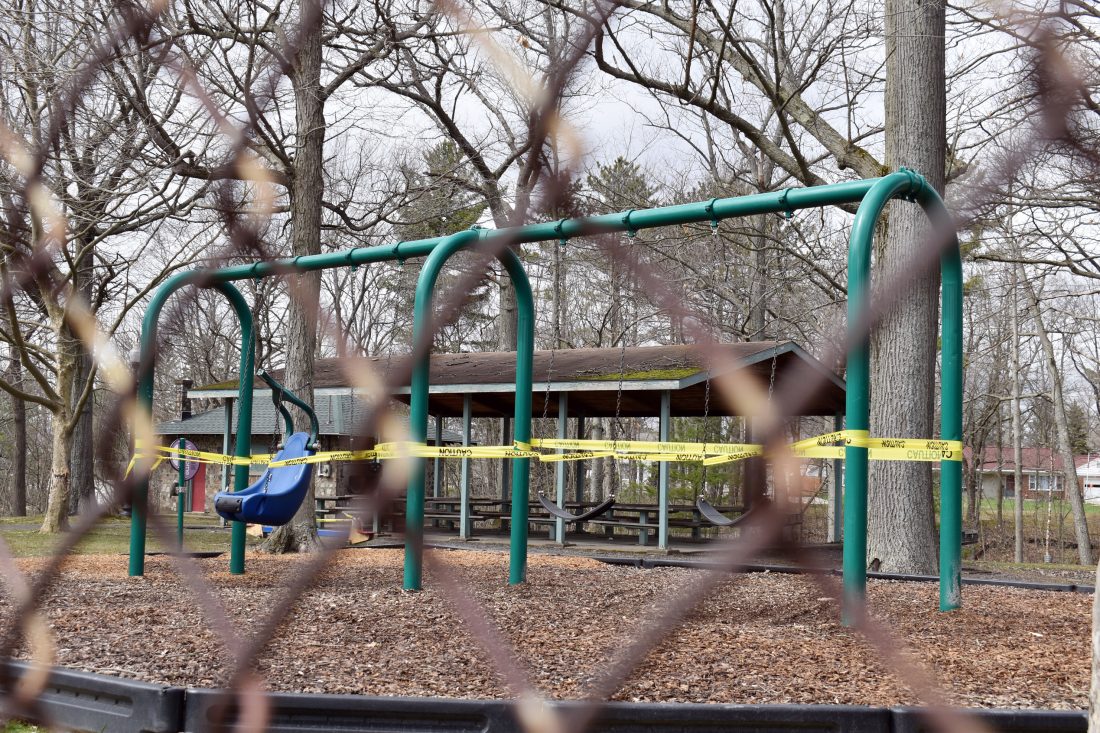 Sundquist said he spoke with Dr. Bret Apthorpe, superintendent of Jamestown Public Schools, on Tuesday regarding playground equipment on school grounds. The decision was made to close access to the equipment.

“After a discussion with Mayor Sundquist and in conjunction with the city, we will be closing down all playgrounds and basketball courts on JPS property,” Apthorpe said. “This is to maintain healthy and safe environments for our children to reduce the spread of COVID-19. … Please be aware that our schools are still open for meal pick up and for families and students to call for any help they might need, only our school playgrounds and courts are closed. We are always willing to partner with the city of Jamestown to help keep our families and kids safe and reduce the spread of COVID-19.”

In other news, Sundquist said the city is extending the closure of the city Municipal Building; the suspension of downtown parking regulations; and the closure of parking garages until Wednesday, April 15. He also noted that monthly alternate parking within the city goes into effect today as planned.