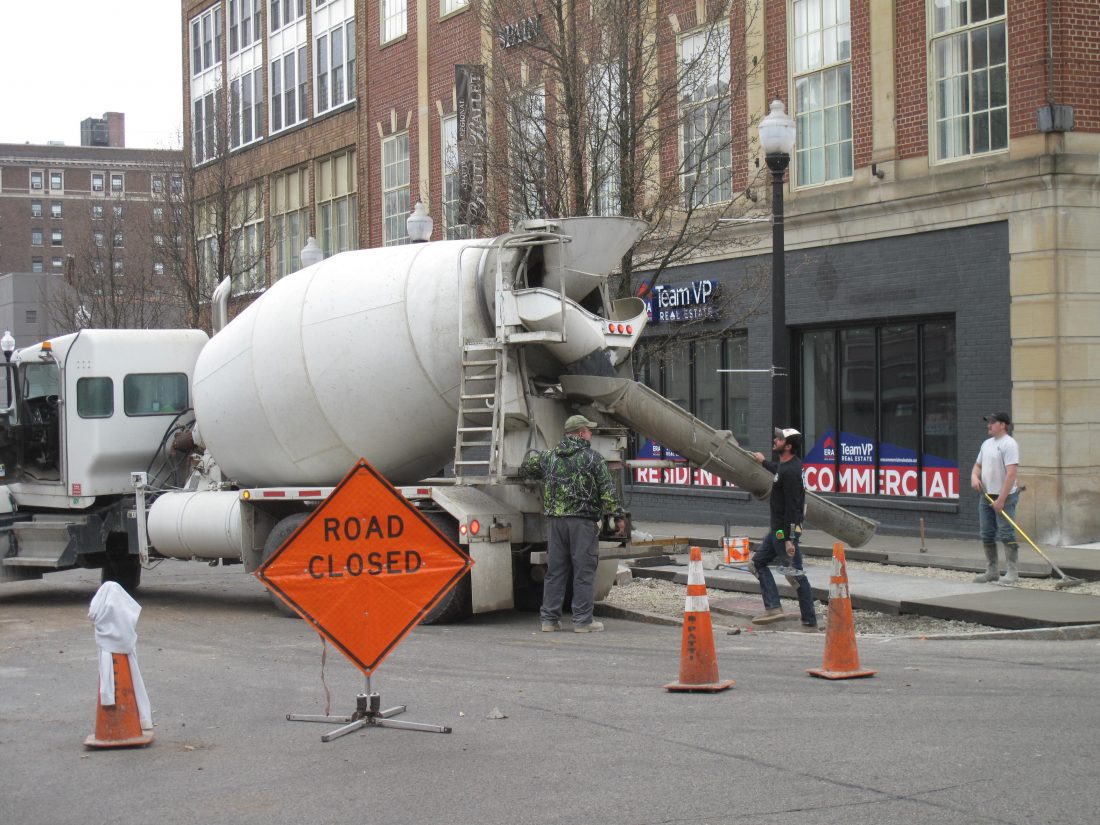 A construction crew works at the corner of East Third and Pine streets Tuesday in Jamestown. On Monday, city officials announced that all nonessential construction projects should cease immediately. P-J photo by Dennis Phillips

The highway work on Third Street and demolition cleanups will still happen even with a new city mandate regarding construction projects.

Jamestown city officials on Monday announced that all nonessential construction projects should cease immediately unless they pose a threat to public safety.

Crystal Surdyk, city Development director, said the highway work that has been ongoing along Third Street will continue until it’s completed because it was started before the new mandate.

“If it hadn’t started, we wouldn’t have moved forward with it,” she said. “Right now, there is a lot of sidewalk torn up, so in its current state it poses too much of a risk to leave unfinished.”

“We’re moving forward with that as well,” she said. “We do feel that is essential cleanup that can be a public safety hazard.”

In the announcement Monday, city officials stated no construction permits would be granted for nonessential work.

However, Surdyk said a private homeowner is allowed to continue doing a construction project if it doesn’t require a permit from the city.

However, Surdyk said if a homeowner is doing a project that requires additional assistance, social distancing guidelines should be followed.

“If they’re found not to be complying with state guidelines on social distancing that could potentially be an issue,” she said. “They could receive a visit from a code enforcement officer to remind them of the guidelines.”