LAKEWOOD — The Lakewood Zoning Board of Appeals voted to approve a pair of measures on Thursday that may finally pave the way for the construction of a cell tower on the Lakewood Fireman’s Grounds.

The board approved a use variance for the site, in accordance with Federal District Judge William K. Sessions III’s summary judgement to Upstate Tower Company LLC, which was granted in January. Sessions granted Upstate’s motion that the village would be required to issue a variance and/or special use permit necessary to allow the installation of an 180-foot cell tower within 45 days.

The board also approved a settlement agreement with Upstate for the project after discussing a number of issues including the potential height of the tower as well as the ability to place public safety antennas on it.

Village Attorney John Lamancuso outlined three paths forward on the issue at the start of the meeting, including an appeal, a settlement and outright granting of the variance.

“So those are the three options,” Lamancuso said. “Just abide by the judge’s decision and grant the variance. The board of trustees would grant the site plan approval. Option two would be just appeal, and don’t engage in any settlement negotiations, of course you would have to pay for an attorney to do that litigation and that appeal. The third option is engaging in some settlement negotiations to put it to rest.”

Lamancuso had been in contact with Upstate representatives as well as Matt Trusso, communications project coordinator for the Chautauqua County Sheriff’s Office, to determine the specifics of the settlement agreement.

“The thought was perhaps we could convince the tower company to allow the village space on the tower for public safety antennas,” Lamancuso said. “I understand that we do have some problems in the village as far as being able to communicate with first responders inside buildings and things like that.

The settlement agreement included stipulations that the village would be able to pursue the public safety antennas in the future.

Lamancuso also noted that the zoning board, village board and the village of Lakewood were all specific entities in the legal proceedings, which stretch back years.

“The zoning board of appeals, in addition to the village as a whole and the board of trustees, are all defendants in the federal lawsuit,” Lamancuso said. “So each of those entities has to make a decision now that the judge has said, ‘Upsate, you get your tower.'”

Another appeal on the issue would have taken the case to the Court of Appeals for the Second Circuit.

MAYVILLE — Providers throughout Chautauqua County are taking steps to ensure services will remain in place for ...

Board Of Elections Adapting To Changes

There has been several changes to this year’s election calendar because of the novel coronavirus, COVID-19, ...

WARREN, Pa. — Sometimes all you need is a little bit of luck. Leilani Baxter of Warren, Pa., was the second ... 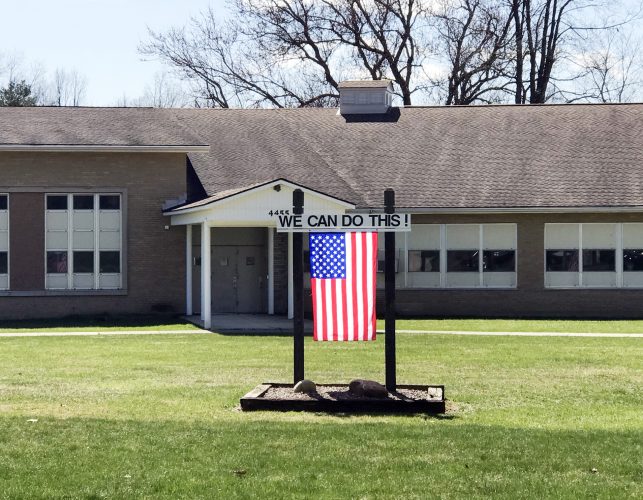