Never without his camera is Richard Keyes and his new bride, Beverly, on their honeymoon in April 1956. Submitted photo 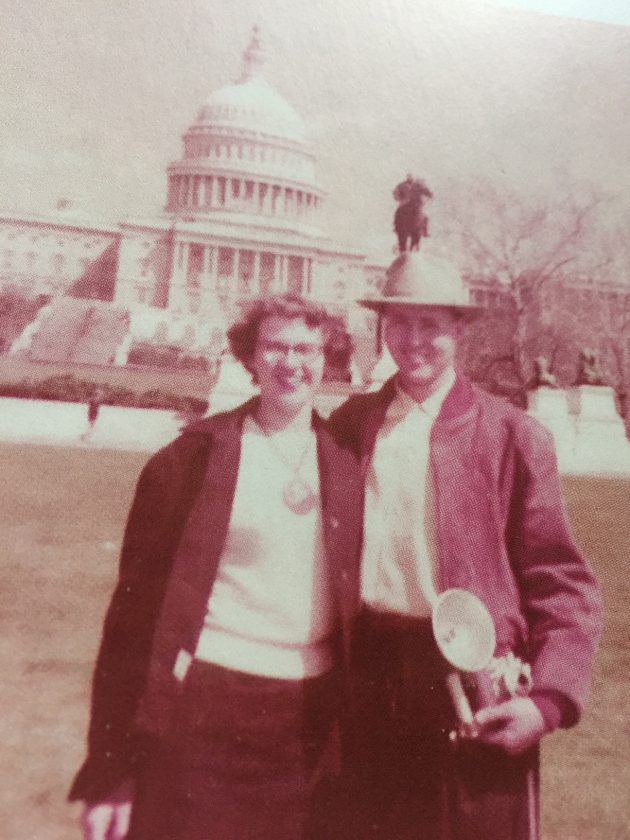 Never without his camera is Richard Keyes and his new bride, Beverly, on their honeymoon in April 1956. Submitted photo

Richard Keyes was born on July 25, 1930, therefore he will join the nonagenarian club later this year. The birth took place at a cottage owned by his parents, Sherman and Harriet Keyes, at Sherman’s Bay on Chautauqua Lake.

“I think I was born at the cottage and then taken to the hospital,” said Keyes.

The family home was at 117 Hallock Street where they kept a few horses. Sherman owned A & K Builders Supply on Livingston Avenue where he sold ready-made cement and sand and gravel from the company’s pit. They also poured concrete foundations for construction projects.

Besides Keyes, Harriet stayed busy caring for her other three children, Bill, Chuck, and Ann.

“We used to play tag and kick the can and skied in the field across the street.” 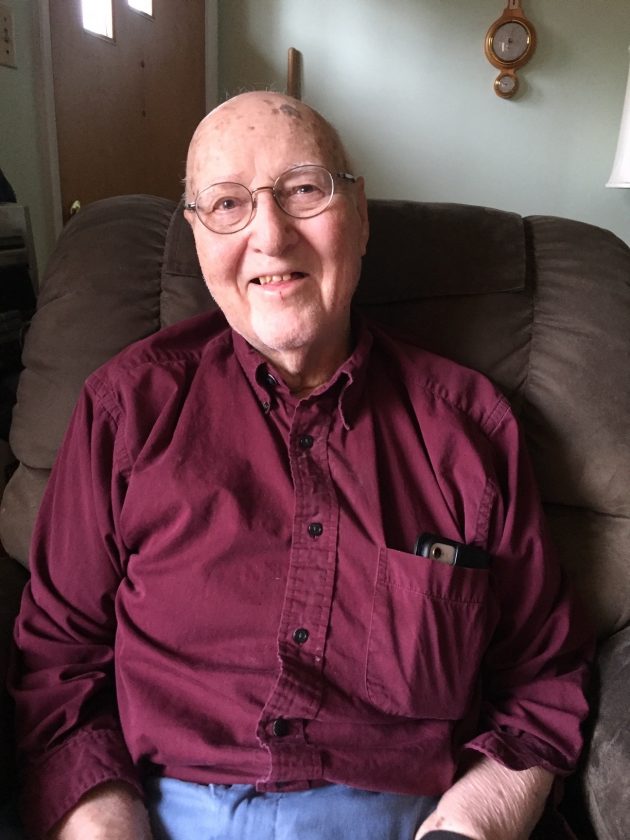 An accident, which resulted in a chipped ankle bone, put a young Keyes on crutches and ended his skiing fun.

“I played trombone and made band until I broke my ankle shortly after. My mother taught me how to play piano, but I don’t remember now,” he said.

He graduated from Jamestown High School in 1949, where he was a member of Gamma Sigma Chi Fraternity.

“I should have graduated a year sooner, but I had mastoid problems three times in second grade and missed a lot of school.” 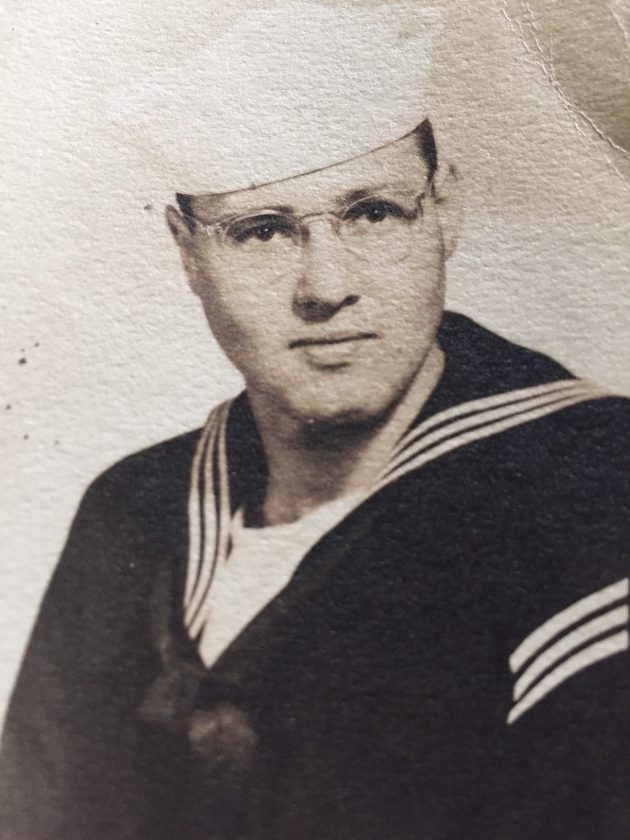 As a boy, he had a paper route. During his sophomore and junior years, he worked at CMK Auto Parts on Lafayette Street. After graduation, he worked at his father’s business and between the ages of 18 and 20, plowed sidewalks for the City of Jamestown. He did not sit on a tractor seat surrounded by a protective barrier while plowing with a steel plow. He faced the harsh winter elements while holding the handles on a V-shaped wooden plow while walking behind the horse that pulled it.

“You didn’t want to get between them (the handles) because when the plow would hit rough sidewalk, you would get knocked around.”

He started his route at 3 a.m. “We had to have the sidewalks plowed before people went to work,” he recalled. “The horses belonged to Swede Nelson and were kept on Sprague, about halfway up the hill, behind the old city garage.”

His daughter, Pam Curtis, recalled Keyes sharing some of the pranks he pulled as a young man. Once, while walking in downtown Jamestown, he happened upon his brother’s friend, Bud Secor’s, Model A Ford. He couldn’t resist the temptation of lifting the hood and changing some of the wires which disabled the vehicle.”

The car enthusiast has a picture of a 1948 Play Boy brand car on his phone that reminds him of the one he owned in 1950.

“It was a two-seater steel-top convertible. They had a top hat, gloves and cane for an insignia on the dashboard,” said Keyes. “I had two Crosleys that I traded for the Play Boy.”

He gave the car, that was handmade in Buffalo, to his father when he joined the United States Navy. He served on the USS Lake Champlain CVA-39, an aircraft carrier.

“I started as a photographer, but they wanted me to extend time, so that did not happen,” said the Korean War veteran. “I thank the Lord I am still alive because one night when we were replenishing the ammunition, someone didn’t hook it right and it broke loose and fell down, boom, boom, boom.”

He was discharged in 1954. On April 1, 1956 he married Beverly Knorr, who lived at 716 Harding Avenue, some time after meeting her on a blind date. The newlyweds moved to an upstairs apartment above his parents, who had moved to 854 Prendergast Avenue.

Knorr worked doing payroll at the Jamestown Telephone Company until the couple started their family. Keyes took a job as a meter reader with the City’s Water Department. He eventually became a serviceman and retired as a foreman.

The couple bought a home on High Street to which he added a garage. “I built the sides and had the neighbors come help stand them up.”

They enjoyed camping with their three daughters both locally and at Cape Cod and often camped with other families.

“My mom was a Girl Scout leader and he was, too,” said Curtis. “He went camping and helped them earn badges.”

Keyes continued his hobby of photography throughout his lifetime and won contests with the photos he shot, developed and sometimes colored. He has always wondered what became of the picture of the USS Lake Champlain going under the Brooklyn Bridge that he gave Carl Vullo to hang in his Yellow Submarine Restaurant.

Over the years, he went on missions trips to Gambia, Harrisburg, Pa., and twice to New York City. He served with the Salvation Army Emergency Disaster Team in New York City after 9/11, went to Nebraska during flooding and to Watertown during an ice storm. He was an avid gardener and had a plot at the City Garden on Jones and Gifford Avenue.

He remains active and frequents his favorite restaurants. He is a member of Bethel Baptist Church and enjoys having lunch with some of the retirees.

“He has an iPhone and he uses it,” Curtis shared.

He uses it to check his blood pressure, pulse and weight and takes advantage of its camera. His Apple Watch helps his daughter keep track of him.

“My son-in-law is the tech person. It took him about five years to get me to use a computer. I was in my seventies,” he said.

Keyes lost his wife on September 3, 2011 after 55 years of marriage. He has remained in their home for over 60 years. He lost his oldest daughter, Kim, in 2013. Curtis lives in Panama and Wendy Bartley resides in Pittsburgh. His only remaining sibling, Ann Olson, lives in New Jersey. 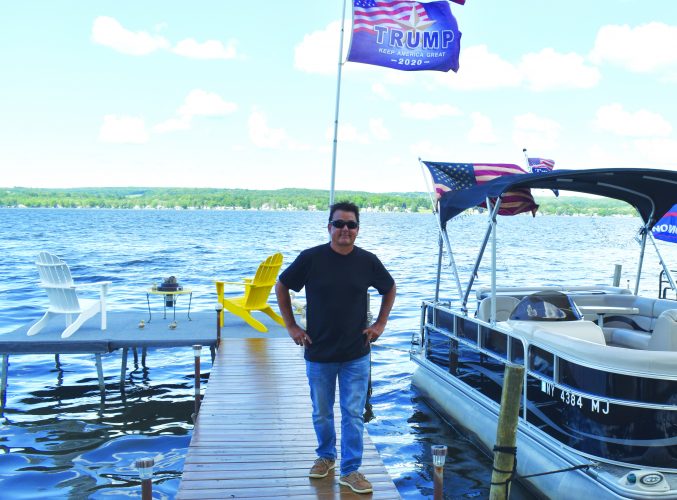