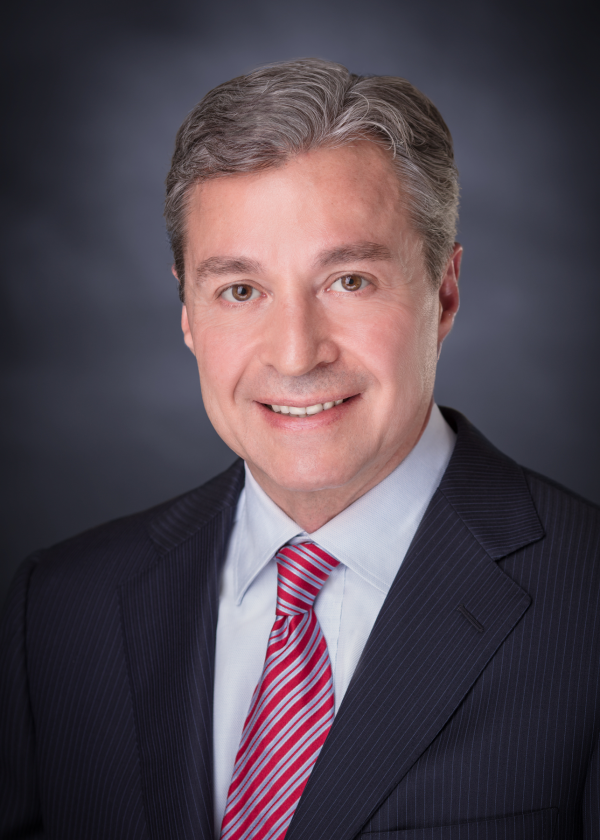 Dr. Peter Walter of Western New York Urology Associates continues to host medical profesionals from around the country for preceptorships on one of his specialties, the UroLift procedure. Submitted photo

There is a reason that physicians from all across the country are packing up their things and making the trip to Jamestown. They want to learn from the best.

In the opinion of many respected doctors and their staffs, the best are Dr. Peter Walter and his peers at Western New York Urology Associates.

The event is called a preceptorship and is a common practice in a variety of medical fields to share information and procedural techniques.

Over the course of a 25-year career practicing medicine in Jamestown, Walter has proven himself to be a national leader in the modern treatment of benign prostatic hyperplasia, or BPH.

In recent years, the medical community at large has taken notice.

BPH, often commonly referred to as an enlarged prostate, is to the field of urology what hypertension or atherosclerosis is to cardiology, a common ailment with a variety of prognoses.

“Approximately 50% of men have BPH by the age of 50. It can cause very bothersome urinary problems,” Walter said.

Because it is such a common medical condition, the history of treating BPH goes back decades. In the 1920s physicians first started to address an enlarged prostate with surgery, specifically transurethral resection of the prostate or TURP.

This technique of using a scope to open up areas of the prostate was the most common treatment of BPH until the drug revolution of the 1990s. With the introduction of popular brands like Flomax, urologists found another tool to relieve patients from their BPH symptoms.

While it is still considered the gold standard, TURP is an invasive surgical procedure with accompanying side effects, and prescription medications offer their own potential issues.

“We knew from the beginning that medical therapy was not as effective as TURP, but patients preferred taking a pill over taking a trip to the operating room,” Walter said. “However, with long term experience, we realize that these medications can have significant side effects, and do not reliably preserve bladder function.”

For years the urology community has looked for a better solution. Techniques using microwaves, lasers and most recently steam have been employed as doctors search for a way to treat BPH with a less invasive procedure.

It was in 2013 that a new technique called UroLift, produced by NeoTract/Teleflex, was approved by the FDA.

After three years of data were published in early 2015 showing safety and effectiveness, Walter began using it at his office in August of 2015. Since then, he and his staff have become leaders in the less invasive treatment of BPH through the UroLift procedure.

“It is a truly minimally invasive therapy for BPH. It can be performed in the office under local anesthesia in under an hour. It is more effective than medications, avoids medication side effects, and better preserves bladder health. Yet, it is much less invasive than traditional surgery,” Walter said.

Thus far, Walter has treated around 650 patients personally, and has even undergone the procedure himself.

“Western New York Urology Associates have treated thousands of Western New York men with symptomatic BPH with this technology going back to 2015 when we first started,” he said. “I feel that for the patient it is really nice for them to have the procedure in the comfort of the office that they have been to multiple times before.”

When word spread that Walter himself had undergone a UroLift procedure, he was asked to speak at a national meeting in early 2017, and became a faculty member for the UroLift System. Once or twice per month, he and his office staff host an immersion program where physicians and their staff travel from around the United States and Canada to learn how to incorporate the UroLift procedure into their own practices. Walter also travels to practices around the country teaching physicians and their staffs how to incorporate this important procedure into their practices.

He has even traveled to Australia to teach the procedure.

Depending on the patient, different levels of anesthesia can be used ranging from pure local to nitrous oxide as used in dental procedures, to intravenous sedation.

In one case, a visiting physician from Chicago watched Walter perform the procedure. When a scheduled patient was canceled due to other medical problems, he asked Walter if he could take that patient’s place.

“Afterwords he got on the plane and flew home and he operated the next day,” Walter said.

The use of a procedure like UroLift also plays into a larger conversation that doctors are having.

For many, there is growing concern about the increased use of prescription drugs. Using new technologies like UroLift, there can be an opportunity to de-prescribe the medications used to treat BPH.

“There is a big problem in this country with what we call polypharmacy,” Walter said, referring to the situation where patients are on many medications at once. “Many medication side effects are not discovered until the drug has been on the market for decades. Many side effects have yet to be discovered. The potential for dangerous interactions between these multiple medications increases as the number of medications increase. We don’t always know what these drugs we take are doing to us, and I think that is one of the things that influenced me. I have been physician for a long time, I realize that medications can be wonderful, they can be life-saving, but they can also have unintended adverse consequences.”

Both Walter and his partner Dr. Ryan White have been designated as “Centers of Excellence” for the UroLift procedure.

Patients are often tempted to travel to larger cities in order to find the most modern procedures and the most qualified doctors. In this case, it is encouraging to know that many physicians from the “big city” are coming here to Jamestown to learn from one of our own.