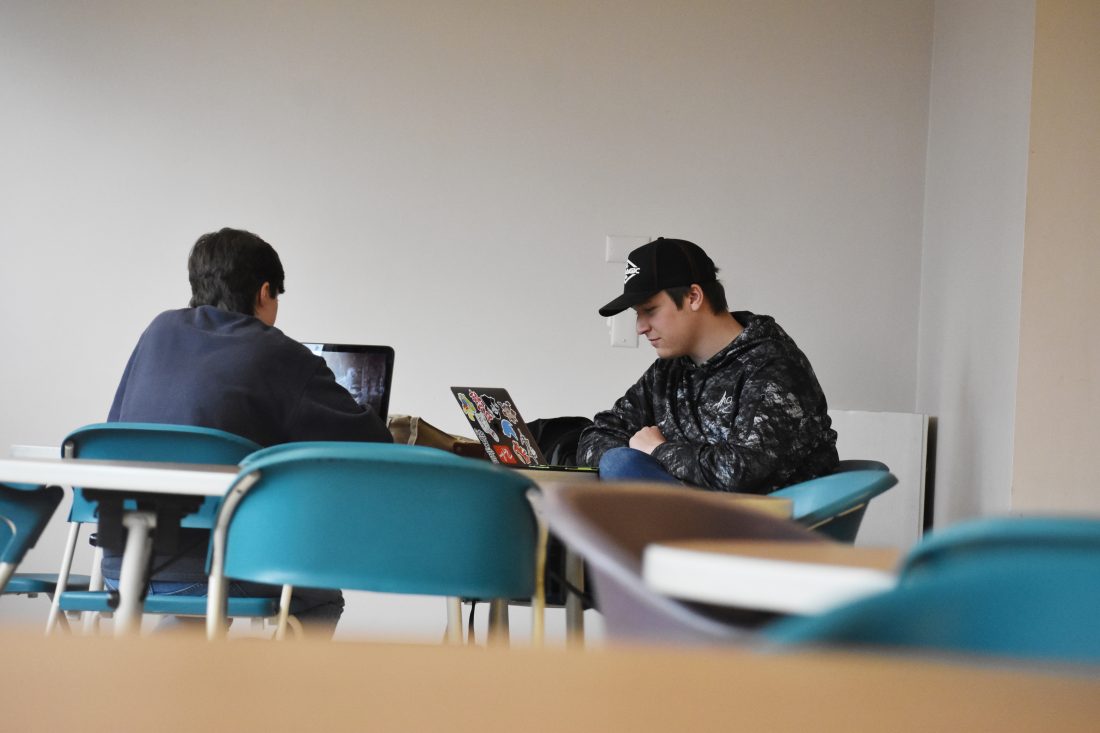 Jamestown Community College has made the switch to teaching courses online following a mandate issued by Gov. Andrew Cuomo in hopes of limiting the spread of the coronavirus. P-J photo by Jordan W. Patterson

Ongoing restrictions announced by Gov. Andrew Cuomo have impacted schools within the State University of New York and City University of New York systems including JCC and SUNY Fredonia. Cuomo ordered that all SUNY and CUNY schools begin offering online alternatives by today to alleviate campus density to reduce the risk of spreading the virus.

It was anticipated that while the majority of classes would go to an online format, courses such as labs would still allow students to come to campus. However, JCC announced on its website that all lab courses would be canceled until after spring break.

Kirk Young, JCC student affairs vice president, said the recent change was to “align our approach with what the governor is putting out” in terms of restrictions of essential staff, transition to an online format and limiting gatherings to less than 50 people.

JCC closed most of its facilities Tuesday and Wednesday of this week to prepare for the changing requirements. The JCC Board of Trustees meeting scheduled for Tuesday was canceled as well.

Instruction at JCC, much like at local public schools and other state universities, will be different due to concerns of spreading coronavirus. Cuomo has also mandated that public schools close for at least two weeks and limiting gatherings to 50 people.

“All of our faculty are working to convert as many courses as possible to an online format,” Young said previously, adding that their efforts were in line with the governor’s orders.

Some classes such as science labs still require students to come to the campus to receive instruction, but those plans have since changed. The majority of classes will be taught digitally.

Last week, JCC students expressed concerns for family members and individuals around the world. However, most were not overly fearful of becoming sick themselves and wondered how the transition to mostly online classes will work.

“I mean, obviously, I have older people in my family so I’m more worried about them than myself, but since there’s not really many cases around here I’m not as worried about it. But I feel like if there are a lot cases that do pop up then of course my concern would be higher,” one JCC student and Jamestown native said last week when the numbers of the reported outbreak were much less.

As of Wednesday, the number of people with coronavirus has surpassed 215,000 total cases and more than 8,900 death globally. In the U.S., total cases have exceeded 8,000 with more than 100 deaths.

Regarding spring break, which begins April 1, Young previously said that many students at JCC and in the SUNY system have discussed potentially remaining here locally instead of returning to their homes elsewhere due to concerns of being exposed to coronavirus.