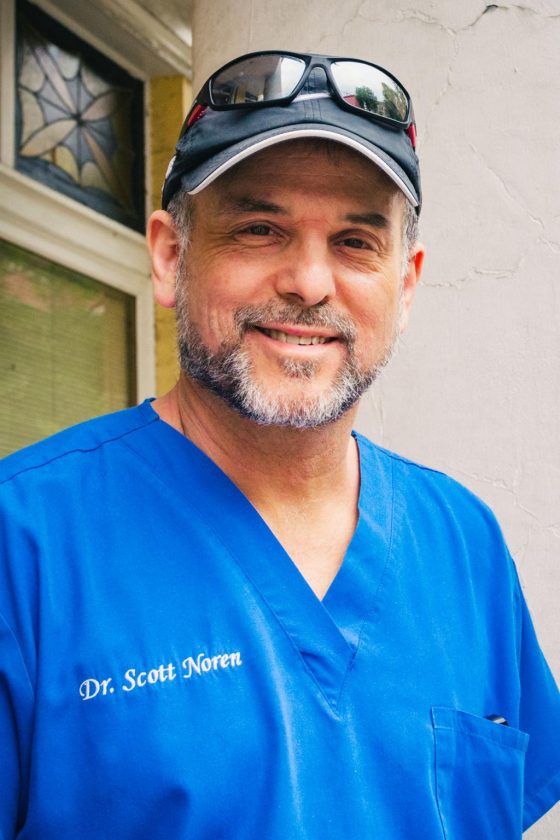 Scott Noren, D-Ithaca, has announced he will be running as a Democratic challenger in New York’s 23rd Congressional District. Submitted photo

A second Democratic candidate has thrown his hat into the ring to run in New York’s 23rd Congressional District.

Scott Noren, D-Ithaca, an oral surgeon has announced his candidacy to run for Congress, with one goal being to provide affordable and accessible health care.

“I feel that my background supports beating (incumbent) Tom Reed (R-Corning) in November. But beyond beating him, we still have the opioid pill mills causing deaths and we also have a large amount of people who can’t get either Medicaid or ACA premiums that are too expensive for them,” he said. “I have a much less painful solution than other plans I’ve heard. This, according to USA Today, is what 92% of Americans are most concerned about — affordable and accessible health care.”

Noren, a professional in the health care sector for 30 years, said the problem is that many working people are either kicked off their Medicaid plans because they make too much income to qualify or they can’t afford the rising premiums in the Affordable Care Act (ACA). He said this leaves a large gap of people uninsured and scared of the costs when they go to a doctor or end up in the hospital. He added this is why healthcare is the number one issue in New York’s 23rd District and around America.

There have been some attempts at reforming the existing problems in the health care system, Noren said. Recently, there have been suggestions to get rid of Managed Care Organizations (MCOs) in New York to replace them with a system that amounts to “Medicaid for All.” Noren agrees that MCOs complicate payments and adds an extra unneeded layer of costs, but points out that the Supreme Court ruled in 2012 that Medicaid expansion was optional on a state level. The ruling allows the state to opt out of Medicaid expansion, or limit it.

Noren said he believes an expansion of Medicare is the best way to close the gap and get the most amount of people under affordable insurance. He said this would be a plan that does have premiums, but would be grossly less than the ACA. More people would then be insured under a national plan and it would close the gap on people who are either kicked off their insurance or can’t afford the ACA’s unaffordable premiums.

To pay for the new system, Noren said he wants to fund it in two ways. The first way is to cut the fraud, waste and abuse in Medicaid. He said the Government Accountability Office reports that fraud for Medicaid alone is more than $57 billion.

He added that the other major way to pay for it would be to expand the list of taxed luxury items by the state and reinstitute the luxury taxes set by President George H.W. Bush in 1991 that were later repealed by President Bill Clinton’s White House administration.

The amount spent on existing luxury items is around an estimated $197 billion for 2020, and by expanding the list and using the revenues from these taxes, it would help pay for the people who have been kicked off of Medicaid.

Noren said he has not held political office before, but has been elected to state and local level dental committees and appointed to one state medical committee. He said his experience as a six-year Army active duty has provided him the experience that will lead him to fight for bettering the lives of active duty and veterans who have served their country.

“I have also been a union healthcare provider and spent 15 years here treating farmers and getting to know them. This is different than traveling the district for three years politicking,” he said. “My last Farm Bureau meeting amplified where they stand and how I can help them. They recognize my many years of small business experience as well. Part of my experience is that I study issues and don’t just come up with sound bite solutions. I’m ready to pass meaningful, bipartisan climate change legislation that both parties can live with. Two of the biggest climate change factors are fossil fuels used in transportation and heating buildings. They need a rework and I also know what to do here. Part of that is being able to live close to where you work and tweaking truck transport with alternative vehicles. I am a strong Second Amendment advocate, but believe there are still ways to prevent guns from getting into the wrong hands. I have a plan for that as well. I train monthly with firearms and have much to bring to the table at the federal and even state level to improve safety.”

Noren said people can volunteer, donate and learn more about his campaign at scottnorenforcongress.com or by email Noren at scottnoren23@gmail.com.