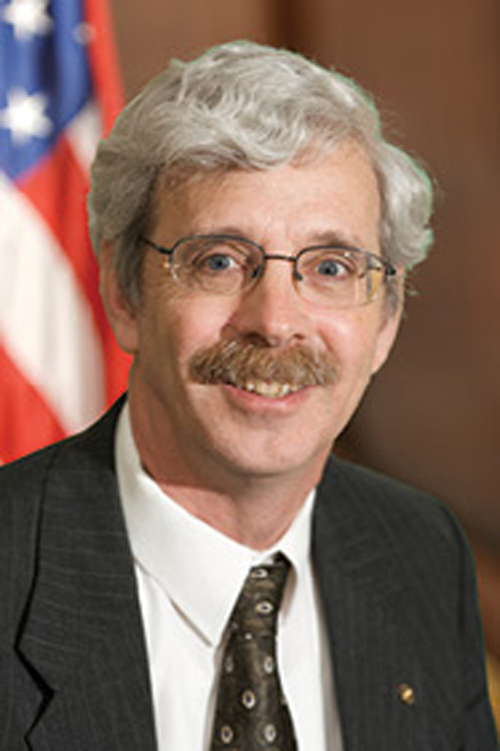 State Assemblyman Andrew Goodell, R-Jamestown, is among the votes against a resolution to create temporary procedures during a declared state of emergency.

E.854, sponsored by Assemblywoman Crystal Peoples-Stokes, D-Buffalo and Assembly majority leader, would temporarily change the current rules of the Assembly to allow for expedited voting and to establish the future possibility of voting remotely during declared states of emergency. The resolution was approved, 89-34. The legislature will reconvene

“It is paramount that we work together to protect the health and safety of our communities, and that includes our assemblymembers, staff and families,” Peoples-Stokes said. “This resolution gives us the ability to adapt to a new reality during this pandemic and potential future emergencies, while protecting both the Assembly’s democratic process and the health and wellbeing of New Yorkers.”

The change will immediately allow for fast roll calls to be recorded during this time of emergency. Members in attendance in Albany who wish to vote in the negative would record their votes directly in the chamber. The resolution would also provide a framework for the future possibility of members to participate in a session remotely through teleconferencing or videoconferencing. As the People’s House, the Assembly is committed to ensuring that its process is transparent to those it represents. The legislative process will continue to be open to all New Yorkers.

Goodell said the resolution as passed is bad policy because it limits open debate and allows, in the future, Assembly members to vote in favor of legislation without being on the floor of the Assembly. Goodell said he also feels the legislation limits the voice of Republicans in the Assembly’s minority.

“Even though each of us was independently elected to represent an individual district, this resolution says you don’t even have to stand up and individually vote,” Goodell said. “Think about that. Instead this resolution says your vote is automatically cast as a yes vote in favor of the legislation that has been approved in advance, in conference, in secret, by the majority. We in the minority are told this doesn’t have anything to do wtih politics. Oh, so you cut the minority’s debate time in half, and you say anything that is approved behind closed doors by the Democrats is going to be automatically voted yes, and that’s not political? Who are we fooling? Let me tell you – we’re not fooling anyone.”

Goodell said a similar system used about 15 years ago resulted in legislators paying little attention to the legislation on which they were voting, with some legislators checking in so their vote would be cast and leaving before actually voting. Sometimes, they would check in and immediately leave to take care of other business.

“Would I support remove voting?” Goodell asked rhetorically. “The answer is yes, if it were limited to this virus and this crisis; if it ensured that every member could hear all the evidence; if it ensured that every member could ask questions for the full time period; if allowed for each member to explain their vote; and if it required each member to vote yes or no. That is not this resolution, and therefore I cannot support it.”