Westfield resident Charlie Chapman’s heating and plumbing services have been in demand in the Portland-Westfield area for more than 60 years. On Thursday, he and his wife, Sheila, are looking forward to celebrating his 90th birthday. Submitted photo

Next month, Sheila and Charlie Chapman are celebrating their second wedding anniversary. In honor of their song, “Forever and Ever, Amen” by Randy Travis, Sheila ordered vanity plates for her car. Photo by Mary Heyl 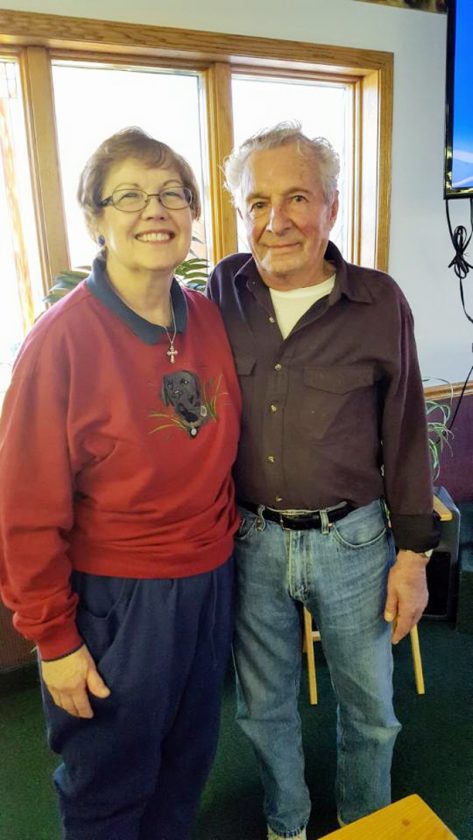 Westfield resident Charlie Chapman’s heating and plumbing services have been in demand in the Portland-Westfield area for more than 60 years. On Thursday, he and his wife, Sheila, are looking forward to celebrating his 90th birthday. Submitted photo

WESTFIELD — As a young man, Westfield resident Charlie Chapman probably never dreamed that in his 80s, he’d need to show his driver’s license to prove his age.

But according to his wife, Sheila, it’s not until Charlie shows his license that people actually believe he’s older than 70.

In fact, Westfield’s most trusted and longest-working heating and plumbing specialist is turning 90 years old today.

“I don’t know if I’ll actually retire,” he said. “But I’ll probably slow down a little.”

That’s right — since Charlie’s return from the Korean War, he has worked steadily as a self-employed plumber in the Portland-Westfield area. In that time, Charlie has never advertised his services; rather, good word of mouth has kept him busy for over 60 years. 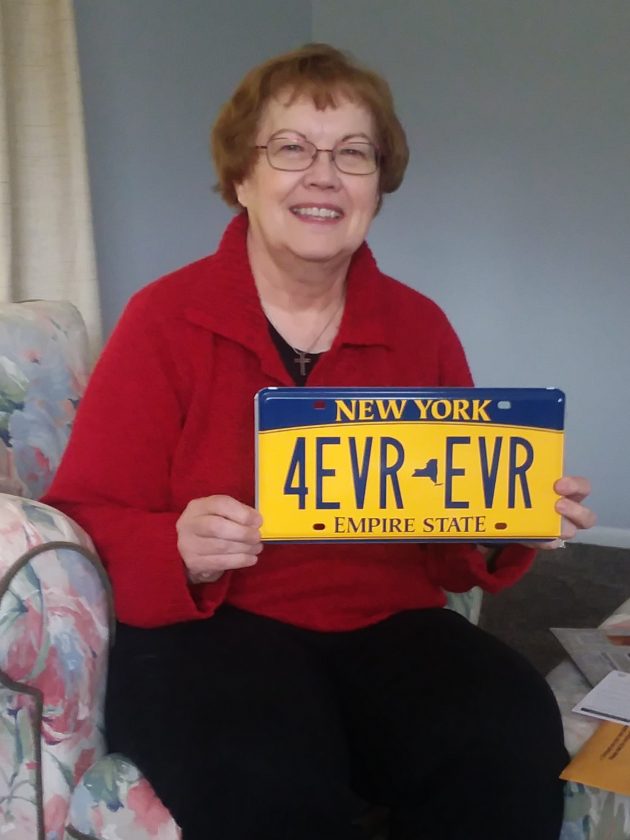 Next month, Sheila and Charlie Chapman are celebrating their second wedding anniversary. In honor of their song, “Forever and Ever, Amen” by Randy Travis, Sheila ordered vanity plates for her car. Photo by Mary Heyl

According to Shawn Hennessey, manager of Irr Supply Center in Fredonia, Charlie is the plumbing supply store’s oldest customer “by far.”

“One story that stands out to me is the day that I decided I was going to try to race him out of our front area,” Hennessey said.

“We started walking, picking up speed. Then we looked at each other and started gaining speed, and before we knew it, we were racing each other. He beat me to that gate.”

Hennessey, who turns 45 this year, has been working at Irr for 20 years. “That story happened about 10 years ago,” he recalled.

Charlie, a life-long Chautauqua County resident, was born in Blockville. “He’s been working to support himself since he was 13 years old,” Sheila explained. “He lived and worked on his uncle’s farm as a hired hand and did chores before and after school.”

Upon graduating from high school, he enlisted in the Air Force and served during the Korean War. After his discharge, Charlie worked a variety of jobs and went into the plumbing business with his father when he was 28 years old. “I had other jobs while I was doing plumbing and heating,” said Charlie, who also worked at a rental business for 15 years and owned his own repair garage. “I like to stay busy.”

Busy, indeed. Sheila said her husband still gets calls daily for various plumbing and heating jobs, along with other repair jobs. In fact, his work is how the two met and began their whirlwind romance that culminated in marriage after just three weeks of dating.

In 2017, Sheila, a retired math teacher from Fredonia High School, needed a repair on her hot water tank, and Charlie was recommended by her pastor. Then a year later, she called Charlie again for a furnace igniter problem and didn’t expect him to remember her. “He did!” Sheila recalled. “It was Easter Sunday evening, and I felt just terrible about calling him that night. He said he’d be over in the morning to fix it.”

When Charlie and his helper arrived, Sheila was impressed by his cheerfulness and sense of humor. “He just looked at me and said, ‘Dang, you’re a good lookin’ woman!’ I couldn’t believe he just came right out and said that,” she laughed. “I asked him if he was single and he said, ‘I sure am!'”

The two went on their first date on April 6, 2018, and spent nearly every day together after that. About two weeks later, Sheila suggested that the two get married, and on April 28 — her birthday — they did.

“My kids were shocked,” Sheila said. “But we decided we’d rather share whatever time we have left, and we get along great. He’s just a wonderful man.”

In addition to Charlie’s heating and plumbing work, he is in the process of remodeling the couple’s home in Westfield. He recently remodeled the downstairs bathroom where he installed a 5-feet walk-in shower, added an upstairs bathroom, remodeled the family room into a bedroom, recarpeted the living room and stairs, and installed new flooring in the kitchen.

Charlie is often asked what his secret is to living and working with such gusto. “I love what I do and it helps people out,” he said. “I think I’d die if I wasn’t busy working and helping people.”

Amazingly, Charlie is healthier than many people who are half his age. “At his last appointment at the VA clinic, his blood work was perfect,” Sheila said. “His cholesterol is fine, and he doesn’t have high blood pressure. His weight is perfect. The nurse who checked his vitals couldn’t believe his age.”

She noted that her husband eats well, stays active and doesn’t sit for long, not even to watch television. Just as important as his healthy habits, though, is his attitude, she noted. “He’s always happy and positive. Nothing really bothers Charlie. He just lets it go and says, ‘Remain calm.'”

Charlie nodded in agreement. “Just take a chill pill, and you’ll be alright,” he said.

“He’s just an extremely considerate, caring man,” Sheila reflected. “Everyone knows they can count on him.”

Hennessey noted that Charlie is a regular customer who stops in several times a week. “He’s always happy every day,” he said. “He never has anything bad to say about anybody. Charlie seems to care about the little jobs just as much as the big jobs. He just keeps on working and doesn’t worry about what other people think.”