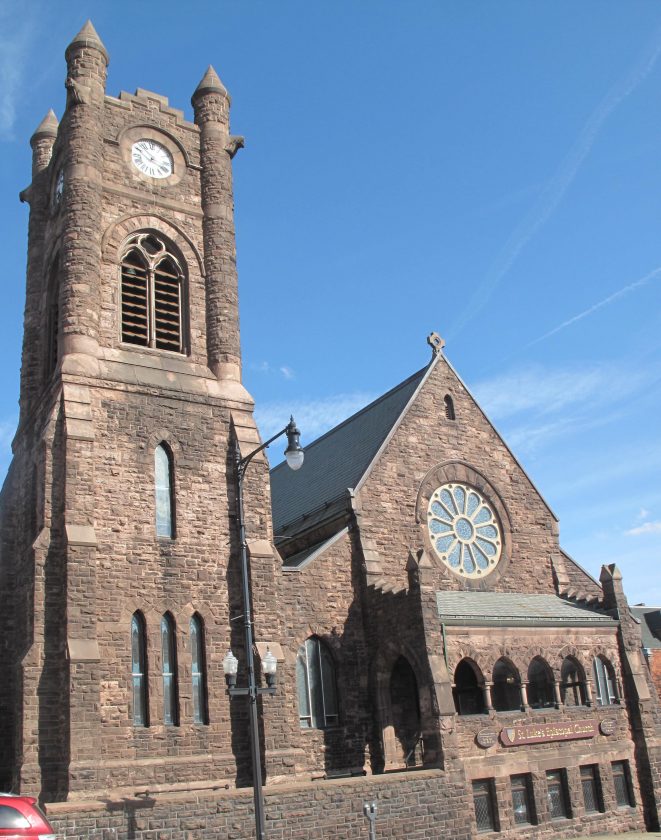 A Chrism Mass was scheduled to be held at St. Luke’s Episcopal Church later this month, but has been canceled because of the coronavirus. P-J photo by Dennis Phillips

A first-time pandemic has led to the cancellation of what was to be a first-time religious ceremony held in Jamestown.

A Chrism Mass was scheduled be held at St. Luke’s Episcopal Church later this month. However, because of the coronavirus, the Rt. Rev. Sean Rowe will no longer be performing the Chrism Mass.

The Rev. Luke Fodor of St. Luke’s Episcopal Church, located at 410 N. Main St., told The Post-Journal about the ceremony prior to it being canceled. He said it was possibly going to be the first time a Chrism Mass was going to be held in Jamestown because the religious ceremony is usually held in larger cities like Buffalo or Erie, Pa.

“In the Roman Catholic, Episcopal and Lutheran traditions, clergy of the Diocese gather with the bishop before or during Holy Week to renew their ordination vows and to receive specially blessed oils, which are used at baptism, Ash Wednesday and for anointing the sick,” Fodor said. “These services generally, as in almost always, are held in cathedrals, so Buffalo or Erie, (Pa).”

“This year because of a unique partnership between the Episcopal Dioceses of Western New York and North West Pennsylvania, which share a bishop, The Rt. Rev. Sean Rowe and St. Luke’s and Jamestown will host this gathering. We’ll likely have 100 episcopal clergy in attendance at this event.”

During the mass, those present are called to renew their baptismal promises; priests/ministers and deacons also reaffirm their ministry by renewing the promises made at their ordination.

Fodor said St. Luke’s Episcopal Church was selected to host the ceremony for the first time because of its new meeting space, which is the renovated undercroft. He also said Jamestown was selected because the city is located in the middle of Erie, Pa., and Buffalo.