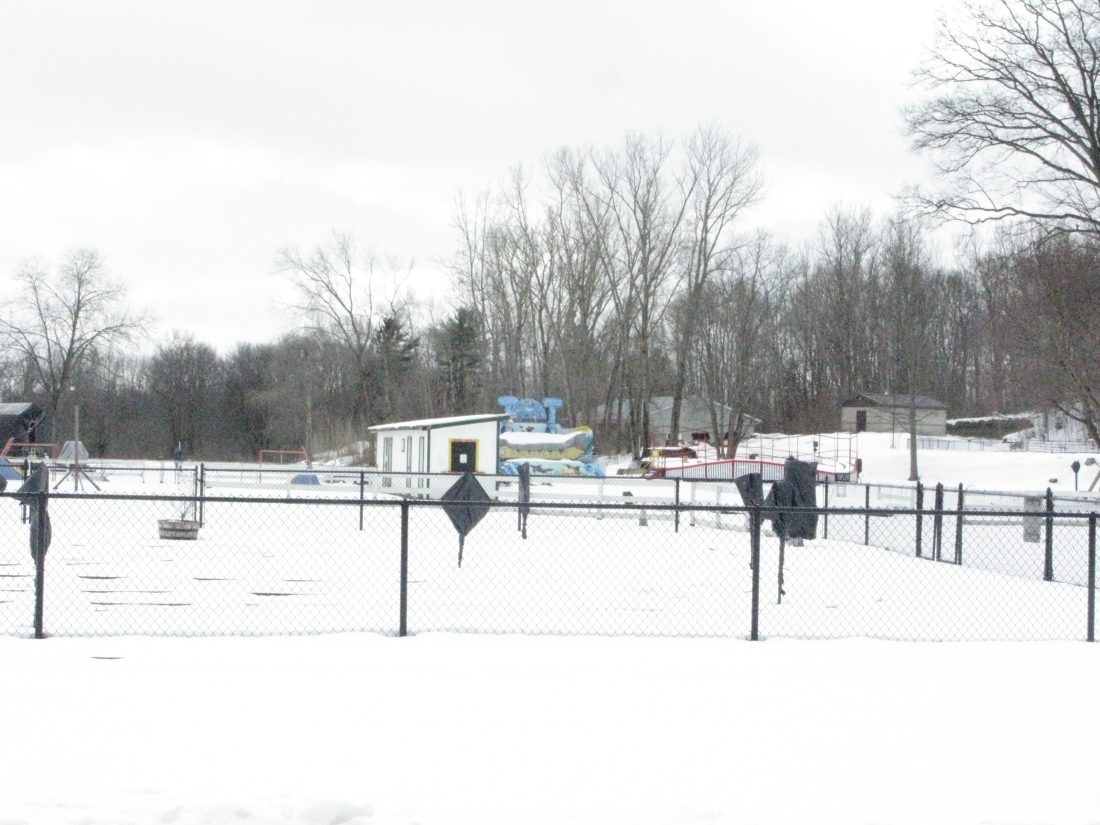 A new train-themed playground is expected to be completed on the grounds of Midway State Park for the upcoming summer season. P-J photo by Jay Young

Visitors of Midway State Park will have a new attraction to enjoy this coming season, thanks to Gov. Andrew Cuomo’s Parks 2020 Initiative.

Early this month it was announced that the park would receive a $300,000 grant for the construction of a new train-themed playground, reflecting the park’s origination as a 19th century “trolley park.”

“The components are on order and installation is expected to occur before the season begins.”

The grant is part of a $2.9 million governor’s program that covers a variety of parks projects across the state, such as modernizing playgrounds and bringing facilities up to code.

Midway’s new playground stands at the center of other development projects that park officials have undertaken this offseason.

“The primary updates we are anticipating include the new playground, and installation of a Ferris Wheel and Twister is tentatively slated to occur by the end of the season,” Bingham-Connelly said. “There are also some smaller additions including a few new games in the arcade.”

“During the season, Midway regularly hosts special entertainments and will again be hosting family movie nights on Friday nights in July and early August. Please check our webpage or our Facebook page or up to date information. Our annual fireworks will be held on Saturday, July 4 this year.”