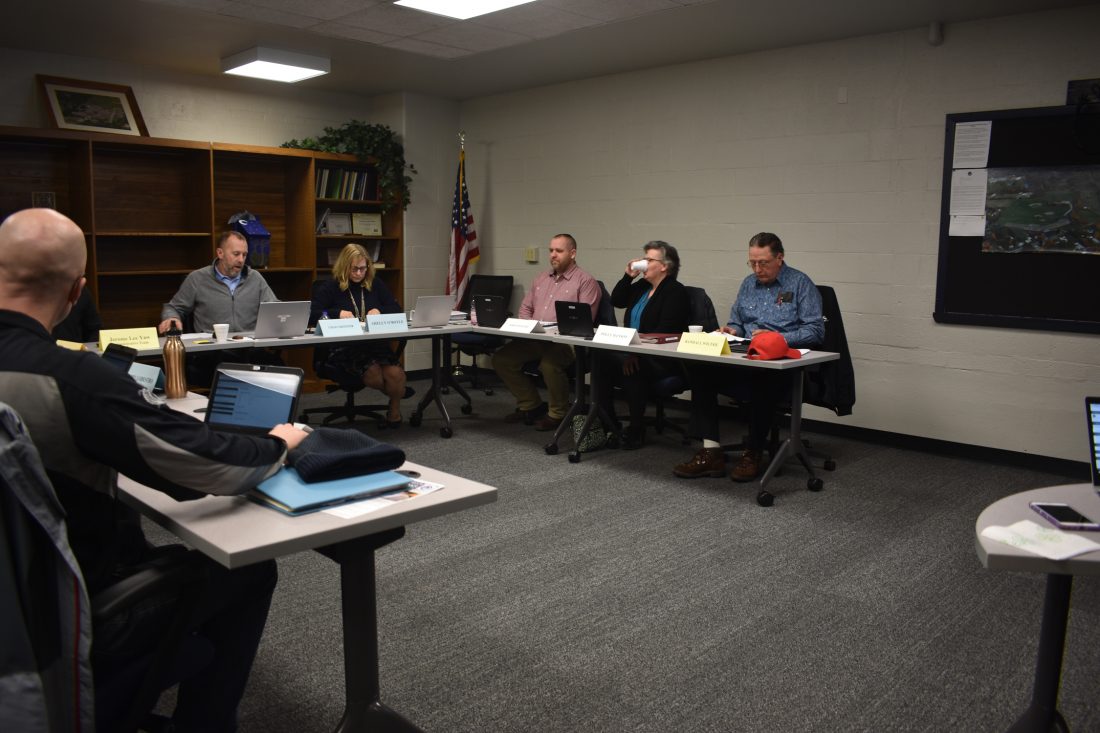 The Frewsburg Board of Education addressed its recent designation of “susceptible of fiscal stress” by the New York State Comptroller’s Office. Superintendent Shelly O’Boyle said the issue was a timing matter regarding budget transfers. P-J photo by Jordan W. Patterson

FREWSBURG — The Frewsburg Central School Board of Education discussed the school district’s “susceptible to fiscal stress” designation by the New York State Comptroller’s Office, which school officials claim was a matter of timing.

Superintendent Shelly O’Boyle said the designation is based on the scheduling of budgetary transfers.

“The capture of the comptroller’s report happened at a time prior to (the Frewsburg business official) doing a transfer from one account to another so therefore we look deficient, but the district had the funds. It was just in the general fund,” O’Boyle said.

The Clymer Central School District was the only other Chautauqua County school to be listed by the comptroller’s office as being “susceptible to fiscal stress.” State Comptroller Thomas DiNapoli uses the Fiscal Stress Monitoring System or, FSMS, that analyzes a set of six financial indicators to create an overall stress score that determines if a school district is in “significant fiscal stress,” “moderate stress,” “susceptible to stress” or has not received a designation.

Statewide, there were 33 school districts designated in fiscal stress for the school year ending in 2019, an increase from 26 reported in both 2018 and 2017. However, there were no area schools determined to be in “fiscal stress.”

“It simply was a budget transfer from one code in the budget to another,” she reiterated. “It was in the district, but not in the general fund.”

O’Boyle told the board at its Feb. 13 meeting that district officials will anticipate the comptroller’s report in the future to avoid any designations. She said the necessary transfers will be completed before the state conducts its report in June.

“Our business official will do the transfer earlier in June so when we report to the comptroller’s office the funds will be in the account he is looking at,” O’Boyle said as to how the district will remain off the list in the future.

There is no penalty attached to any designation, but the information is used as an “early indicator” to assist school districts, O’Boyle said.

During the meeting, the board also discussed recent New York state requirements for additional education teaching certifications; the district’s current status on gender neutral bathrooms; and preliminary budget projections for the 2020-21 school year, which O’Boyle noted was “early” in the process.

Four teachers in the Frewsburg Central School District, who were considered certified under the No Child Left Behind guidelines, are currently required to undergo more certified training under the current Every Student Succeeds Act, or ESSA. Under what’s referred to as the Statement of Continued Eligibility, or SOCE, eligible teachers who teach a special class can become certified through the new application process that must be submitted by June 30. Special education teachers must submit an application for each individual subject area they intend to teach.

O’Boyle told board members at the Feb. 13 meeting that the district would provide funding for the training those teachers are required to undergo.

The board approved a resolution to support a policy in line with education law regarding gender identity, and further discussed converting available bathrooms to gender neutral facilities.

“The policy is in line with the Education Law Article 2 and the Title IX education amendment,” O’Boyle said.

A Frewsburg high school student was present at the meeting to ask for the support of the gender identity policy, to look at providing more gender neutral bathrooms and to continue to provide support ensuring all students feel comfortable and welcome within the school district.

“We’re looking at taking any of our single bathrooms and turning them into neutral bathrooms,” O’Boyle said, adding that the potential conversion of bathrooms or the addition of neutral bathrooms will be considered in future construction projects.

The Jamestown Urban Renewal Agency will be receiving more than $700,000 to assist city residents deal with the ... 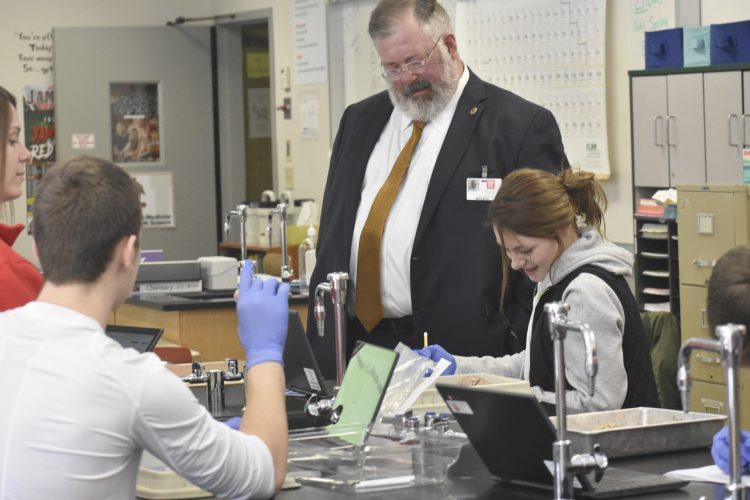 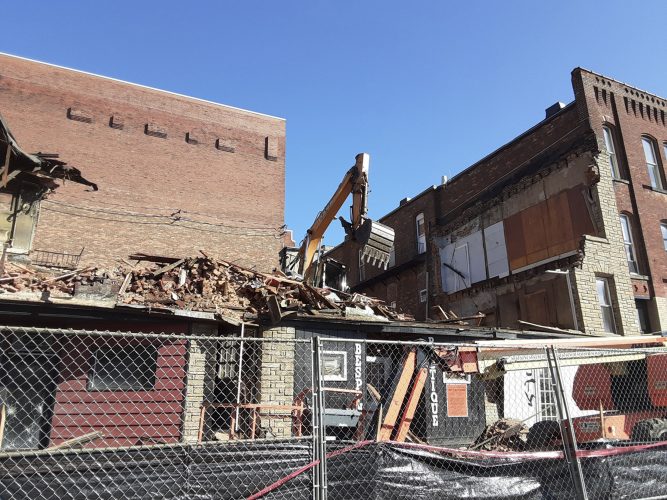 FALCONER — Due to health and safety concerns regarding the COVID-19 virus, the village of Falconer has postponed ...

Those found to be price gouging on medical supplies during a public health emergency could find themselves on the ...