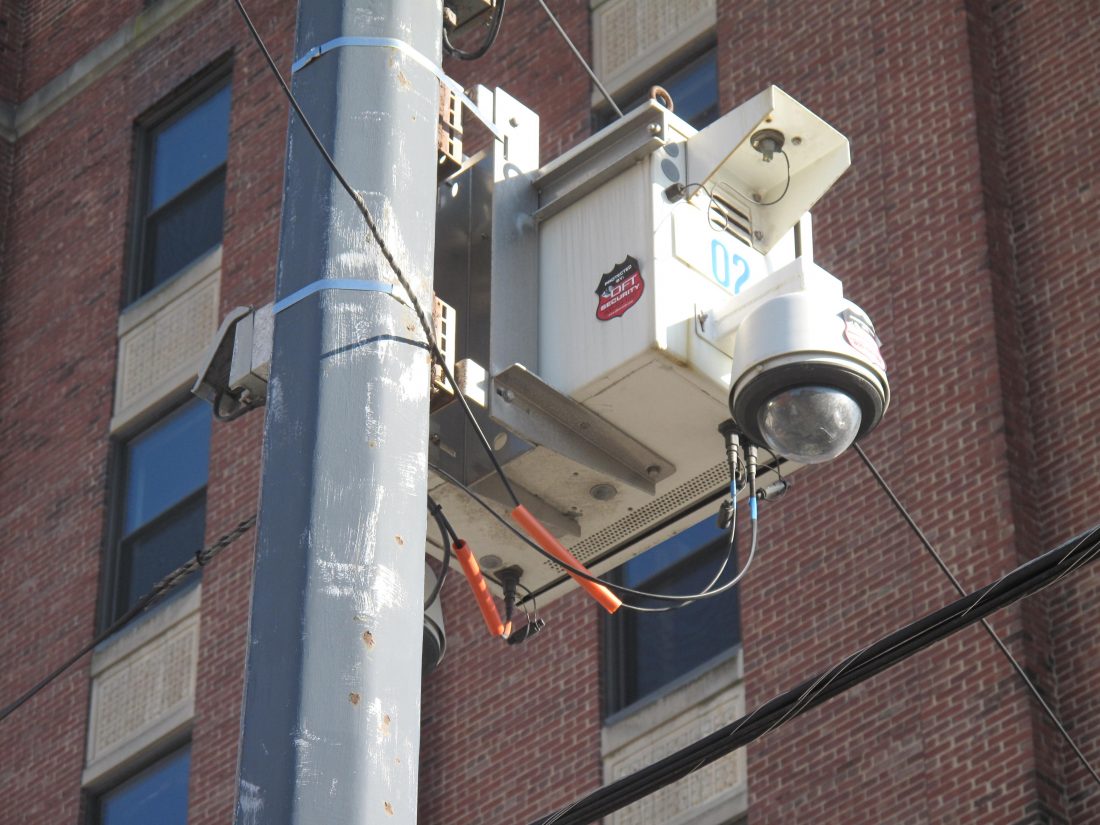 The security camera located at the corner of Second and Washington streets in Jamestown. The Jamestown City Council will vote on a resolution to approve the purchase of new security cameras Monday. P-J photo by Dennis Phillips

The Jamestown City Council will vote on a resolution for the possible purchase of additional downtown security cameras.

On Monday, the council is slated to vote on entering into an agreement with DFT Communications for the purchase of eight PTZ Cameras and two Cisco switches in four city locations in the amount of $47,899.

The council will also vote on a resolution to authorize the comptroller to decrease the contingency account by $24,000. The remaining amount of money for the new cameras, $23,899, will be paid for using local drug seizure proceeds.

According a resolution, the Jamestown Local Development Corporation board met Feb. 18 to give preliminary approval for the $350,000 loan at 5.5% rate of interest for 10 years. Warren has applied for the loan from the JLDC as part of a $1.75 million buyout of out-of-state partners involving the purchasing of real estate at 1001 Washington St. and 2001 Washington St., which is where Dave Warren Chrysler Dodge Jeep Ram is located.