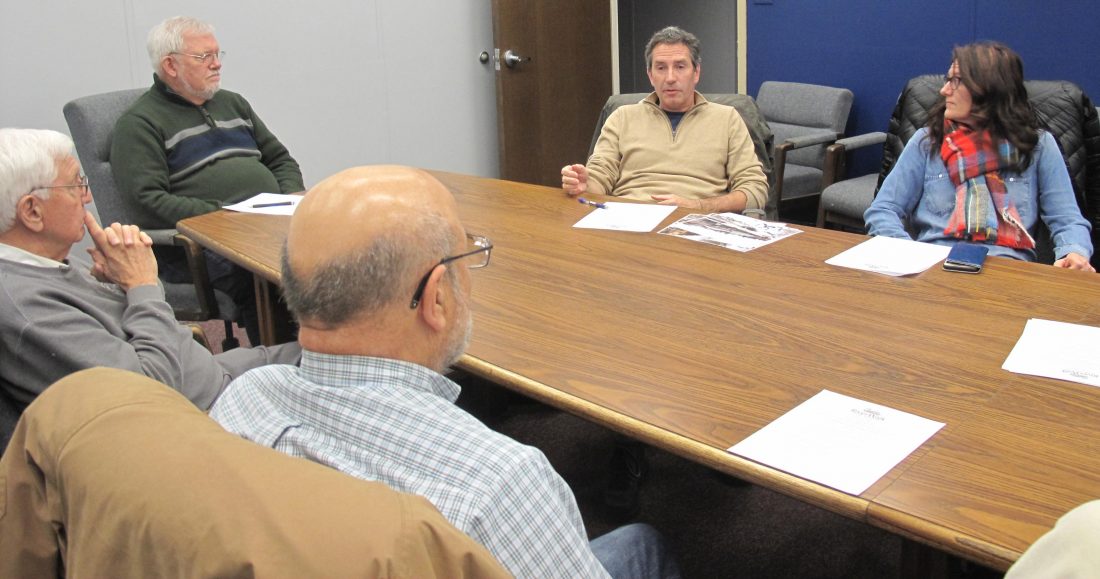 Green infrastructure and water quality improvements are continuing to take place along the Chadakoin River near the Jamestown Board of Public Utilities.

On Tuesday, the Jamestown Riverfront Management Council discussed work that is ongoing to stabilize the riverbank. Twan Leenders, Roger Tory Peterson Institute of Natural History president, provided an update on the project.

He said the storm water retention structures have been installed along the southern shore of the river.

The storm water retention structures are part of the riverbank stabilization project that has received state and county funding. The Chautauqua County Soil and Water Conservation District received a state fund for the project that has four goals: improve the water quality; enhance the aesthetics; create a habitat for the spiny soft shell turtles; and educational outreach that will be coordinated by the Roger Tory Peterson Institute of Natural History.

The stabilization project will also include creating an ecological engineered wetland that will included a floating planter and seasonal fountain to change the area from something that is unattractive into something more aesthetically pleasing. Ramps will also be inserted near the river for the spiny soft shell turtles. The project will also include shoreline landscaping, new pervious paver areas and porous pavement walkways. Riprap rocks will also be installed to help with erosion control.

While discussing the project, the council also discussed the cutting of wooden stakes that are in the water. Leenders said the plan is to cut the stakes when the water level is lower so boaters don’t have to worry about hitting them when the water is higher. He said it will be a simple job, which will only take three to five people. He added the project will be done during a dry spell this spring when the Chadakoin River water level is lower.

In other business, the council discussed the request for proposals for the design of the new skate park that will be released this week. It was announced the proposals will be due three weeks after the release.

Last year, city officials announced that the city received a $250,000 matching grant from the Tony Hawk Foundation, with the assistance of Ralph C. Wilson Jr. Foundation for the new skate park. In December, the Jamestown City Council approved allocating $150,000 to fund the money necessary to get the whole $250,000 matching grant. Once a skate park designer is selected, public meetings will be held to help design the look of the park. The new skate park will be located near McCrea Point Park.