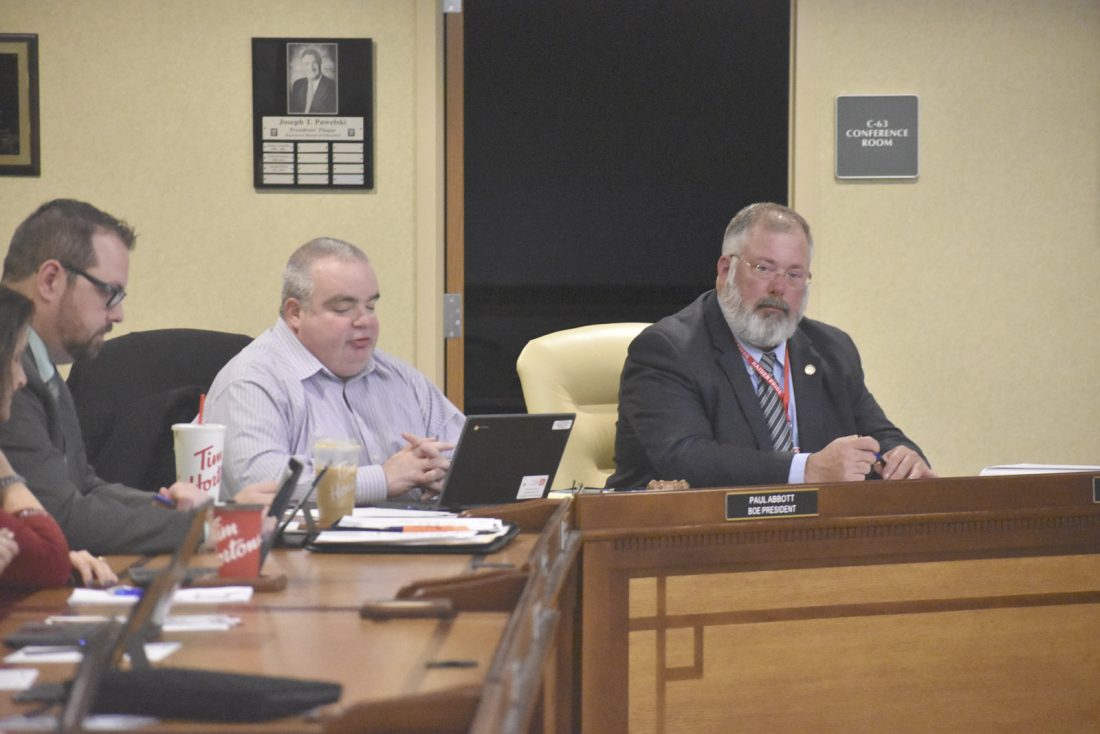 At Tuesday’s JPS Board of Education meeting, the resignations were unanimously accepted by board members.

“I know the board is aware that in this packet we have the resignations for purposes of retirement for four of our principals and I wanted to just make a public statement,” said Apthorpe, JPS superintendent. “While we’re happy for them as they enter these new chapters, it is surreal in some respects and is certainly emotional. Principals have tough jobs. They see the good, the bad and the ugly and often they see it in isolation. I just want to publicly thank them for their many years of service and dedication to our school and most importantly the dedication to our students.”

The administrators are resigning through incentives within the Jamestown Principals Association contract. Apthorpe has previously said that retirement incentives can have a cost savings impact on the district while offering various benefits to those retiring.

The board also addressed the district’s consultant for its superintendent search, approved appointments addressing the closing of Gustavus Adolphus Family Services Learning Center and heard an update about New York State school aid from Apthorpe.

The board approved its contract with the New York State Leadership Group, which is the lead consultant in the district’s superintendent search. Apthorpe announced earlier this month that he would be retiring at the end of June. The board previously approved a resolution to allow Paul Abbott, board president, to enter into contract negotiations with the consultant.

NYS Leadership Group served as the consultant during the previous superintendent search that resulted in Apthorpe’s appointment in 2017.

The contract totals $15,000, which is a reduction of $2,000 because of this search being the second request from JPS. The consultant will be paid $2,000 at the time of the contract’s approval, $6,500 upon presenting the final slate of candidates and $6,500 when the JPS School Board has appointed a new superintendent.

Abbott said the previous board was satisfied with all finalists the last time around.

At the time of the retirement announcement, Apthorpe cited his intention to spend more time with family as the primary reason for his impending departure.

The district previously laid out a plan to accommodate 16 returning students from the GA Learning Center with a Special Education Personalized Learning Program.

At Tuesday’s meeting, the board approved appointments that will allow JPS to administer two 8:1:1 classrooms at the Tech Academy.

The new positions include one principal, one school psychologist, one home-school liaison, two special education teachers and four paraprofessionals.

“I was pretty impressed that they already know that there’s a lot of smoke and mirrors around the funding of schools,” Apthorpe said. “We shared with them that the governor’s budget really calls for 0.6% increase in new funding for our schools and how that’s even below the CPI, the Consumer Price Index. I was very pleased to hear Sen. Borrello’s interviews over the weekend that he spoke to news media about the big difference between the rhetoric of governor’s office and what’s really being provided to our schools.”