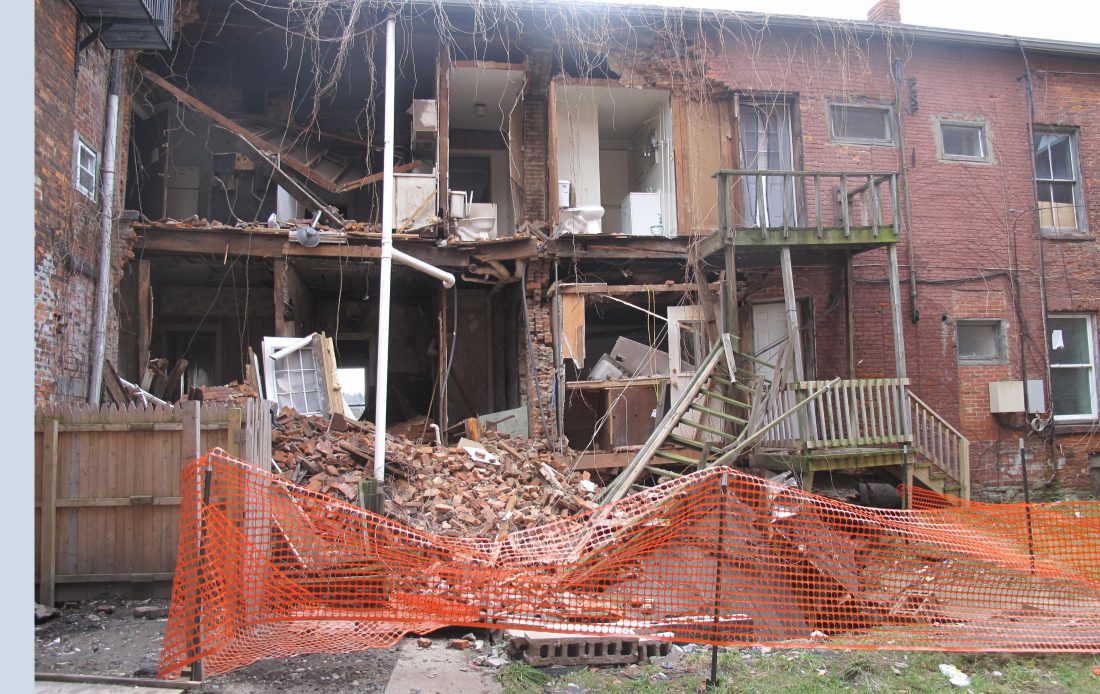 City officials are investigating their options following a wall collapsed at a building located near the Reg Lenna Center for the Arts.

On Monday, Crystal Surdyk, city development director, said the back wall collapsed occurred at 115-119 E. Second St. on Dec. 26. She said the owner of the property is in the foreclosure process.

In other business, Eddie Sundquist, Jamestown mayor, discussed the options the city has when it comes to the plastic bag ban at grocery stores that will go into effect March 1. He said all the counties and cities in the state can impose a 5 cent paper bag fee at grocery stores for customers who don’t bring their own reusable bag.

In the proposal passed by the state Legislature last April, counties and cities have the option to charge 5 cents for paper bags, with 3 cents going to the state’s Environmental Protection Fund and 2 cents being kept by local governments.

Sundquist said county officials are in the process of deciding whether they will charge the fee or not. He said if county officials do impose the fee and the city doesn’t, the county would collect all of the revenue available for local governments, which would include grocery stores located in Jamestown. He added if both municipalities impose the 5 cent paper bag fee, the revenue collected by businesses in the city would just go to the city. Sundquist said if both the county and the city enforce the fee for paper bags, customers would not be charged 10 cents, but would only be charged one 5 cent fee for each paper bag.

The state plastic bag ban was first proposed nearly two years ago as an environmental measure by Gov. Andrew Cuomo. According to the state Department of Environmental Conservation website, consumers can use any type of reusable bag, such as one made of cloth.

Some bags are exempt under the law, so plastic bags may still be distributed to consumers in a few specific circumstances, such as a bag used by a pharmacy to carry prescription drugs, and produce bags for bulk items such as fruits and vegetables.

The facility is being proposed to be constructed along Crescent Street. The proposed new 20,000-square-foot facility would include 33% more storage space than city officials currently have available for vehicles and equipment.