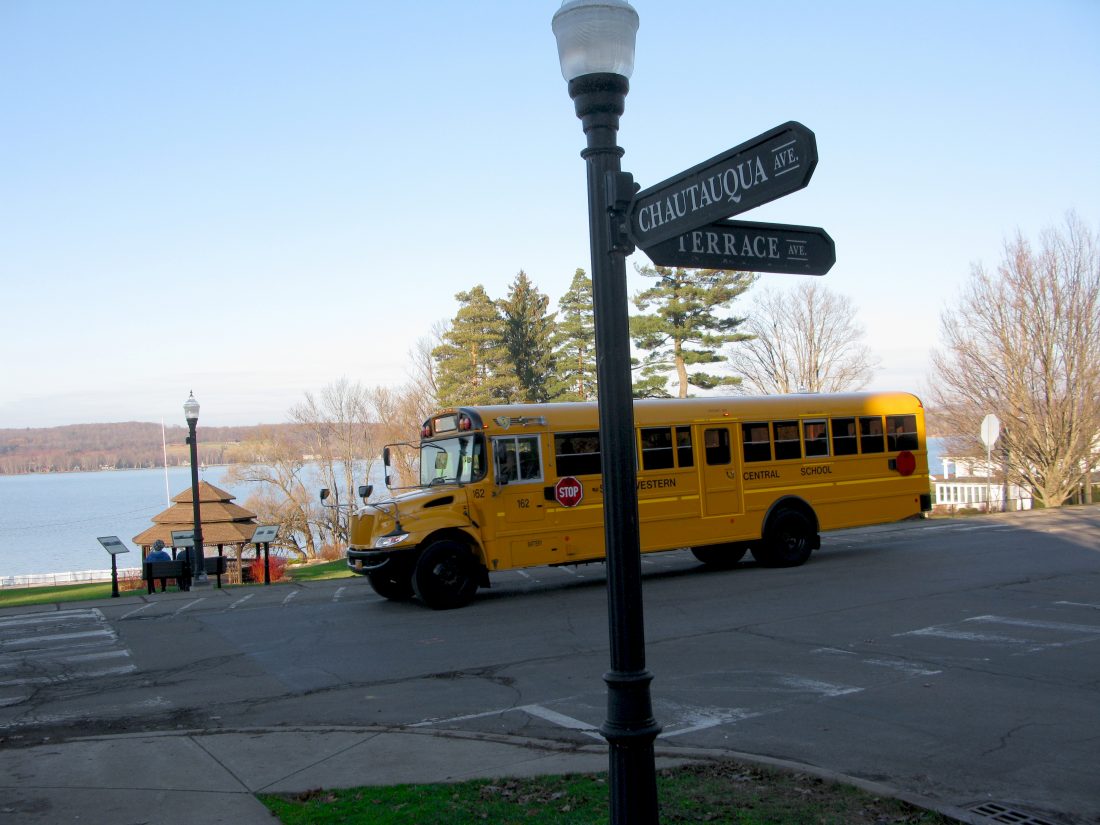 LAKEWOOD — A project to develop green infrastructure inside the village of Lakewood continues to move forward.

During a meeting of the Lakewood Village Board on Monday evening, village Treasurer Apryl Troutman informed those present of a new payment that had been received for the Chautauqua Avenue Green Street Retrofit project.

The project stems from a New York state green innovation grant in the amount of $695,000, and aims to develop the infrastructure along Chautauqua Avenue to beautify the village center and better manage stormwater runoff.

“It is a retrofit project so it will have some benefit for the silts that would normally go into the lake,” said Lakewood Mayor Randy Holcomb. “This would have some advantage to cut that down and have a lower amount. It would be a design of parking spaces and sidewalks.”

The starting point for several of the public works projects is an extensive stormwater management study conducted by the engineering firm Barton & Loguidice, which was published in the summer of 2018.

The study was prepared for Lakewood, the town of Busti, Chautauqua County as well as the Chautauqua Lake & Watershed Management Alliance.

Working in conjunction with Busti and Lakewood, the alliance has helped to prepare grant applications for environmental improvement projects such as the Chautauqua Avenue retrofit, as well as the Lowe Park infrastructure improvements.

At Monday’s meeting, the board voted 3-2 against moving forward with the Lowe Park improvements, with those in the majority opinion wishing to focus on solutions at higher elevations.

“The Chautauqua Avenue green street project is a grant that was awarded and accepted by the village,” said Randall Perry, project manager for the alliance. “That project is underway. We are working with the village. Basically they are in the engineering stage.”

The village also selected Barton & Loguidice for the planning stage of the Chautauqua Avenue project, and the firm is currently in the process of creating design proposals.

“They are approaching the point where the village will decide which of the design alternatives they want to pursue. They are looking to reach final design in late spring or early summer of 2020 and bid the construction in mid-2020,” Perry said.