The Alexander Findley Community Library held its annual Soup-Fest fundraiser on Sunday. Patrons had their choice of seven soups to try. Photo by David Prenatt

Nancy Roche, co-organizer of the fundraiser, is pictured cutting a loaf of raisin bread. Photo by David Prenatt 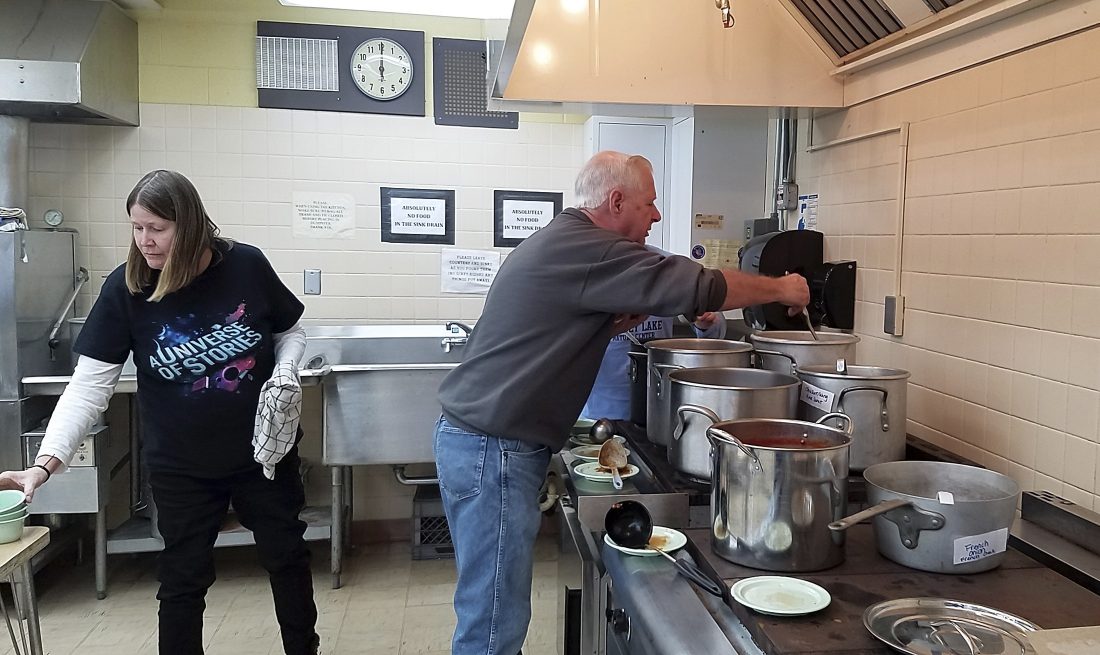 The Alexander Findley Community Library held its annual Soup-Fest fundraiser on Sunday. Patrons had their choice of seven soups to try. Photo by David Prenatt

When the doors opened to the event, there was already a long line of waiting patrons, according to trustee Lynn McGill.

“It’s a nice community event. You get to see people you don’t usually see,” she said.

Some tried small samples of several soups before choosing a big bowl of one variety, and some just requested their favorite, said event co-coordinator Nancy Roche.

“It’s a bigger turnout than last year so far,” Roche said, noting that many patrons were coming back for seconds. “A lot like to try a taste first and then they come back for more.” 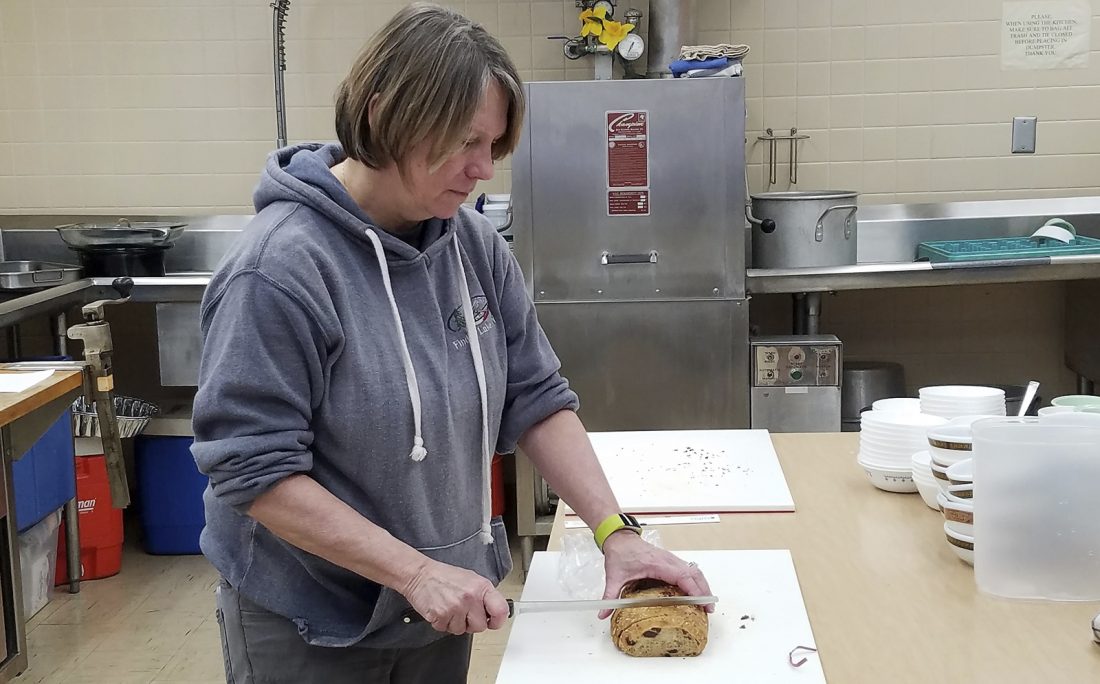 Nancy Roche, co-organizer of the fundraiser, is pictured cutting a loaf of raisin bread. Photo by David Prenatt

Library trustee Judy Hunt related a conversation she had with a couple who had attended last year’s soup lunch. They said they’ve been looking forward to it since November.

However, there were several first-timers enjoying the lunch, as well. Adam Mazur said he never knew that the library held the Soup-Fest, even though he is a regular patron.

“So far, it’s fantastic,” he said. “I’m a humongous fan of soup and the proceeds go to a great cause. It’s meeting all my expectations.”

Tim Barney of North East, Pa., was also enjoying the soup fest for the first time. “My wife saw it on the internet this morning and we thought it would be a good idea, so we came,” he said.

Library trustees and volunteers were kept busy taking orders, dishing up the soup, and washing the bowls that were purchased two years ago for use at the annual event. At the same time, they were having fun.

McGill agreed that serving at the lunch is a good experience. “It’s a lot of work, but it’s a lot of fun,” she said. “It’s so nice to see people come back year after year.”

Roche noted that the soup fest is one of the library’s premier fundraisers. While the event is free of charge, patrons gladly fill up the donation jar at the entrance.

The biggest reason for the event’s continued success may be that the soups are made by several local businesses and individuals.

“It helps that we only have to serve the soup,” she said. “The people that make the soups, that’s a big part of it.”