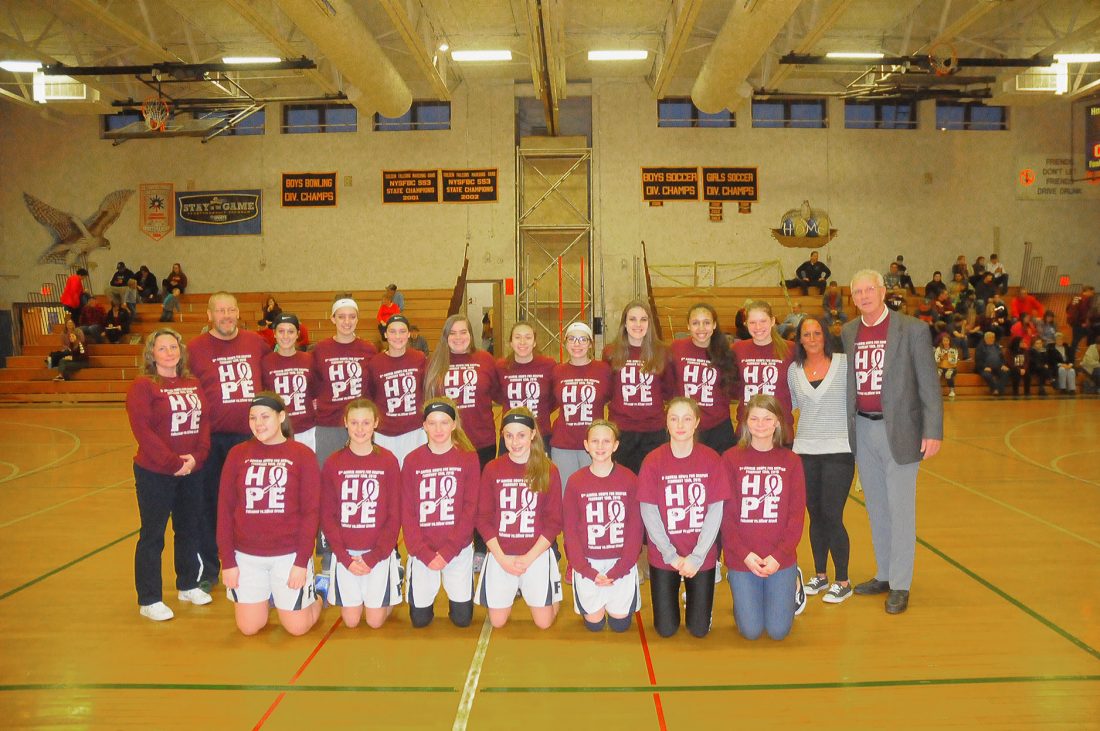 The 10th annual “Hoops for Hospice” fundraiser put on by the Falconer junior varsity girls’ basketball team will take place Tuesday in honor of a Falconer Central School graduate who died on cancer in 2013. Pictured are players from the 2019 fundraiser. P-J file photo by Scott Kindberg

“Hoops for Hospice,” an event put on by the Falconer junior varsity girls’ basketball team, returns for its 10th year on Tuesday in honor of a 1990 Falconer Central School graduate.

Heather Lefford Edborg died in 2013 after a bout with Sarcoma cancer. Edborg holds many sports records at Falconer and is known throughout the community.

The “Hoops For Hospice” event was created 10 years ago by Emily Scholeno, Falconer basketball coach, after her high school friend’s mother, Dolly Cline, passed away. Ever since, Scholeno has coached in honor of Cline during the “Hoops for Hospice” game.

Each individual Falconer player plays in honor of any person they choose to remember, but the overall proceeds are typically donated to Chautauqua Hospice and Palliative Care in memory of one person. This year, the proceeds will be in Edborg’s name.

The game’s proceeds, donations and proceeds raised through a Chinese auction and T-shirt sale will go toward Chautauqua Hospice and Palliative Care.

Anyone wishing to donate has been directed to call Scholeno at 665-6624. The junior varsity and varsity basketball games will start at 6 p.m. and 7:30 p.m., respectively.