Findley Lake resident John R. Shifler amazed children and adults alike with a display of seven model trains at the Christmas Through the Village event in Findley Lake. Below, Shifler displays a train set from around 1900. Photos by David Prenatt 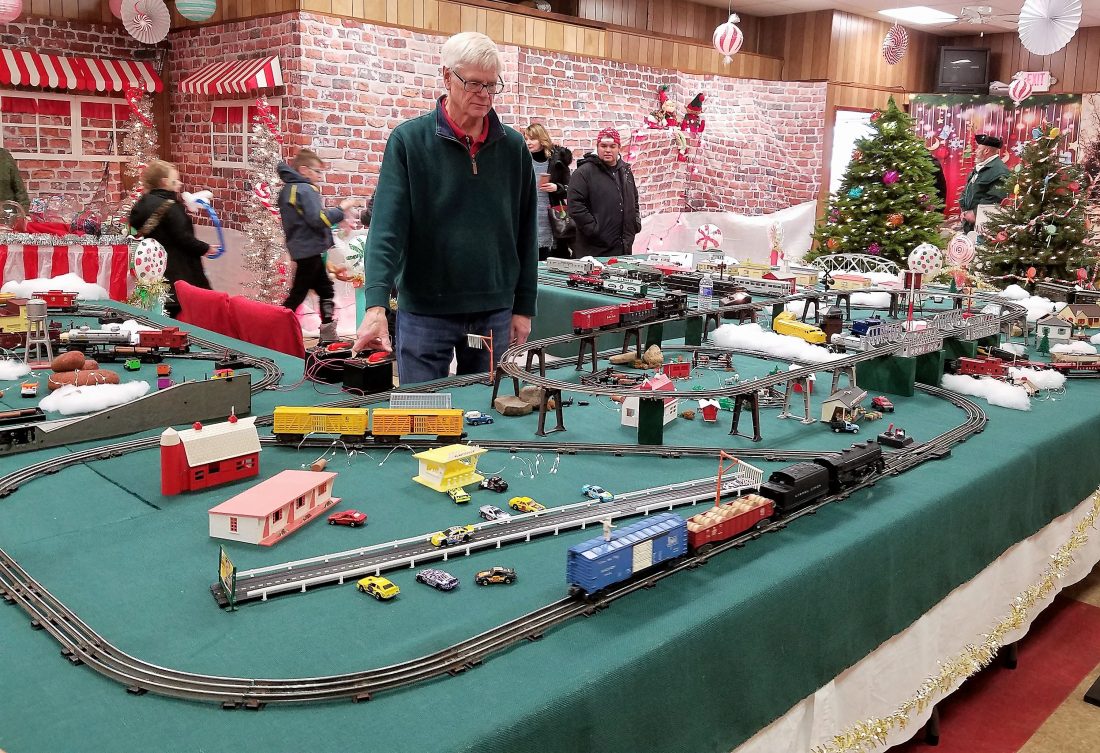 Findley Lake resident John R. Shifler amazed children and adults alike with a display of seven model trains at the Christmas Through the Village event in Findley Lake. Below, Shifler displays a train set from around 1900. Photos by David Prenatt

FINDLEY LAKE — Many writers have commented on the enduring relationship between train sets and Christmas, even though no one really knows how the pairing came to be.

In the Dec. 10, 2018, issue of Smithsonian Magazine, Jennifer Nalewicki wrote: “Ever since Lionel introduced its first electric train set in the early 1900s, model trains have become a ubiquitous part of the holidays, circling shop windows and Christmas trees in households nationwide.”

As part of the 2019 Christmas Through the Village event in Findley Lake, John R. Shifler revived this tradition in a dramatic way with a display of seven operating train sets which spanned the 20th century.

Shifler’s trains were mostly ones he had received as a boy and they had been packed in crates for nearly 40 years. One particular set, however, belonged to his grandfather, John H. Shifler, who played with it as a young boy in the early 1900s. The locomotive, two passenger cars and transformer were made by the Ives Manufacturing Co. of Bridgeport, Conn., which was bought out by Lionel in the 1920s.

Shifler said all of his childhood train sets are the O scale, which is the largest size of the common model train. While HO scale train sets are smaller and the N scale sets are miniature. However, Shifler said, the one owned by his grandfather is called a standard scale and is larger and has a wider track than any of the others. 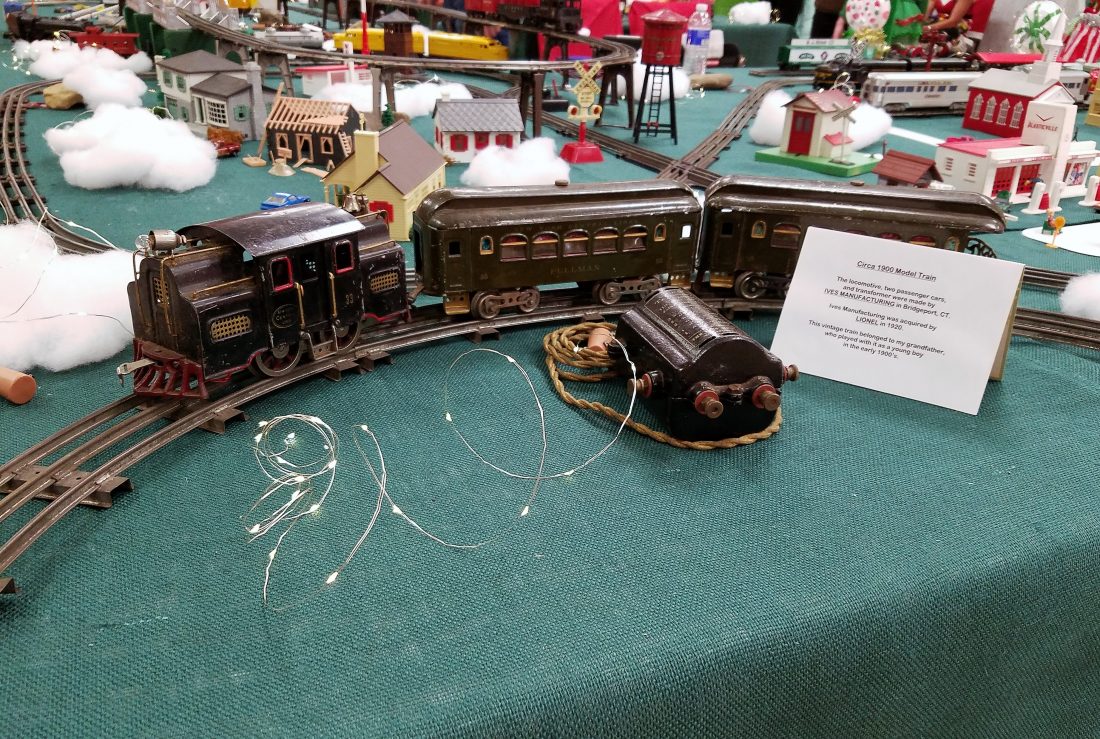 Shifler said he never lost his love of trains, but he didn’t have anywhere to set them up over the past decades. “These trains have been sitting in my garage for 40 years,” he said. “Nancy Sonney was looking for something new for Christmas Through the Village, and I said ‘I have some trains.’ This provided me with the opportunity to set them all up.”

Shifler said he was probably 5 years old when he received his first train set, which was one he had running in his display. He set up his trains every year until he was about 13 or 14, and when his parents moved to a larger house, he said he was able to set them up and leave them up for long periods of time.

Like many train enthusiasts, Shifler said the displays of his youth were fairly elaborate. “I had mountains, tunnels, lights in all the houses and several elevated tracks,” he said.

Shifler said he was delighted with the opportunity to display his trains at Christmas Through the Village.

“It was great and I had a blast,” he said. “This was one of the things on my bucket list. Before I sell them or before I die, I want to put them up at least one more time.”

Shifler said he spent a lot of time trying to make sure everything worked, so when he got to the fire hall, everything was functional. It took him all week to set up the display, he said, but the reward came when he saw the fascination that the children had with his trains.

“I thought that these young children had never seen trains like that,” he said. “They asked me questions and talked to me about them. I saw a lot of children pointing at different things and saying ‘Look at that!'”

Shifler said he doesn’t know why trains became associated with Christmas, but it just seems like a natural thing. When he was young, he said, neither the Christmas tree nor the train would be set up when he went to bed on Christmas Eve.

“When we’d get up on Christmas morning, the tree was set up and the train was running around it,” he said.