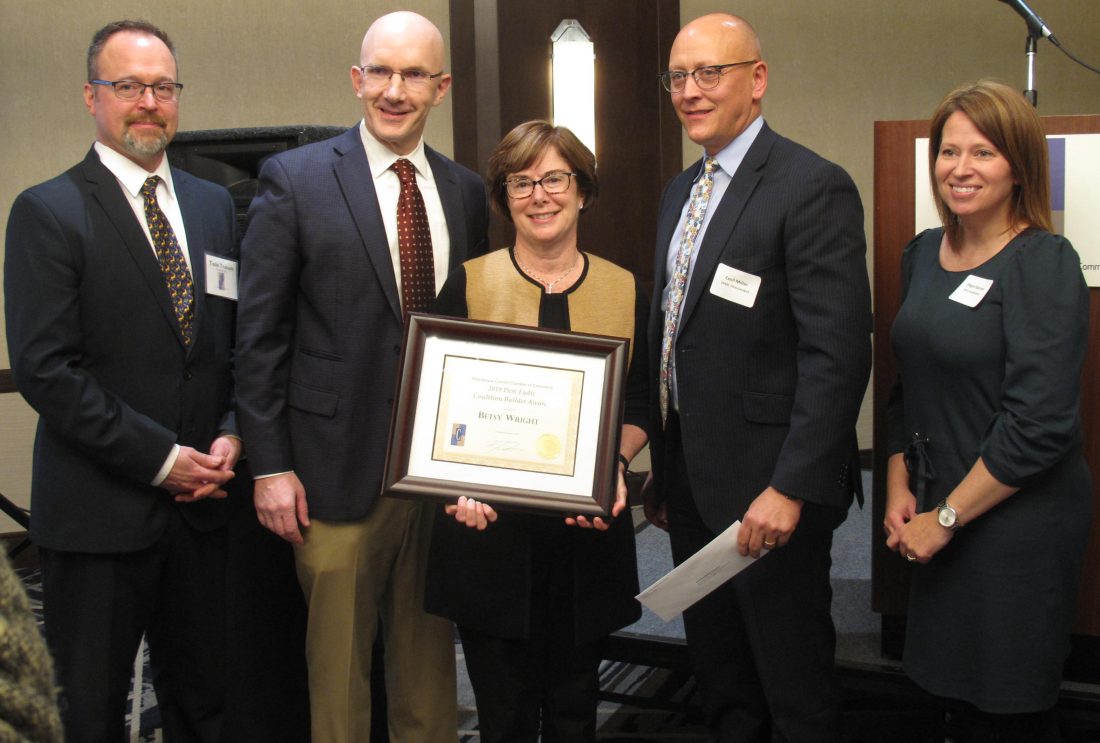 Betsy Wright, former UPMC Chautauqua president and CEO, was honored with the chamber’s Pam Lydic Coalition Builder Award for leading the community’s main health care facility through an important integration to improve the quality of medical management in the community.

Curt Anderson, chamber immediate past chairman, said Wright started at the former WCA Hospital in 1989, and in 1999 became the facility’s president. Prior to her retirement at the end of 2018, Wright led the integration of WCA Hospital with UPMC.

“Betsy has done an amazing, amazing job. She is an idol. An icon,” Anderson said.

Wright said she and other hospital officials worked on the merger with UPMC for eight to 10 years, which became official in December 2016. 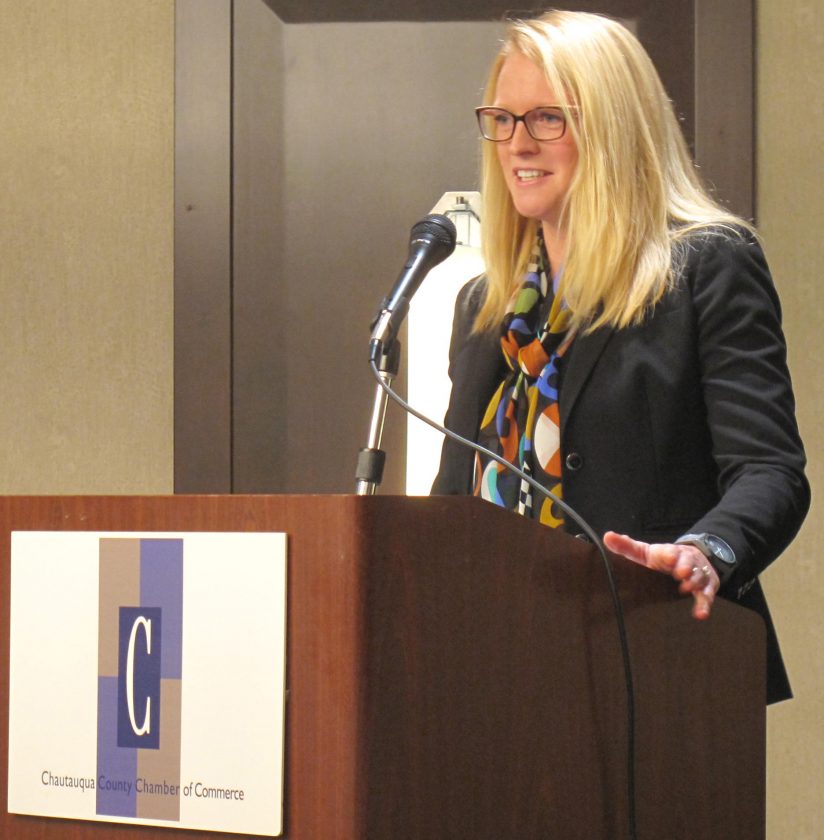 “I’m so happy we are ensured to have a viable health care facility for this community for years to come,” she said.

Along with a framed certificate recognizing Wright as the Lydic Coalition Builder Award recipient, the chamber also will donate $500 to UPMC Chautauqua and the WCA Foundation in Wright’s name.

The other highlight of the chamber’s annual meeting was Journey Gunderson, National Comedy Center executive director, who was the keynote speaker for the event, held at the DoubleTree by Hilton Jamestown hotel. Gunderson discussed the success of the National Comedy Center during its first 16 months in operation. She said more than 66,000 people have toured the international attraction, with people from all 50 states and 18 countries visiting the interactive exhibit facility.

Additional statistics Gunderson provided on the National Comedy Center since it opened included 85% of people touring the facility said they would visit again; 60% of non-area visitors stayed for two or more days in the area; 77% ate at local restaurants, while averaging the purchase of 2.6 meals; the average group size was 3.72, who spent an average of $346; and 35% visited additional attractions other than the National Comedy Center or Lucy-Desi Museum while visiting Jamestown.

“We always knew this would be a team effort,” she said.

Gunderson said that 88% of visitors to the comedy center were residents from outside of Chautauqua County, which made her both happy and sad. She said, despite the success during the first 16 months, that the facility is still in its infancy and needs the support of the local community. She asked those in attendance to continue being ambassadors, volunteers and members to continue the growth of the National Comedy Center.

“We could not do this without the local community. We never could have,” she said.

Gunderson also announced that comedy center officials plan to have 10 free showings of movies and specials on the outdoor LED screens on the outside of the facility next year. She said the movies include “Airplane,” “Toy Story,” “Ferris Bueller’s Day Off,” “Groundhog Day,” “Mamma Mia,” “Cars,” “Little Shop of Horrors” and “Hocus Pocus.” 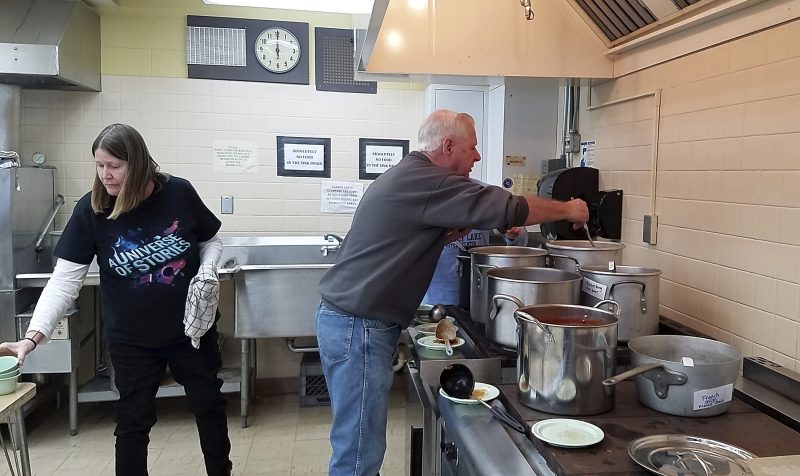