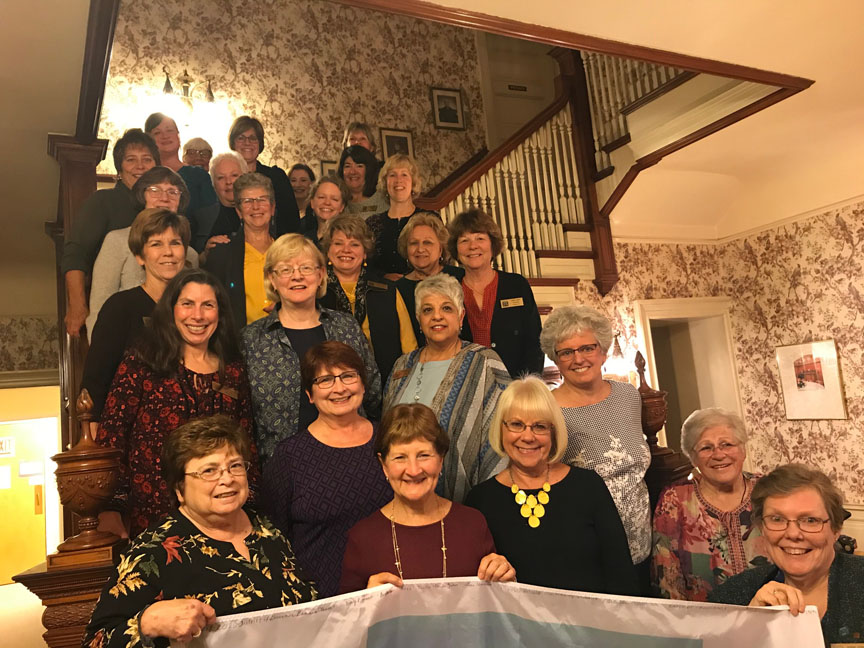 Zonta International is a worldwide organization that has empowered women and girls through service and advocacy for 100 years.

It was founded in 1919 in Buffalo by a group of forward-thinking women who were not satisfied with the predominantly social nature of many women’s organizations. Instead, Zonta’s founders envisioned a women’s organization that would advocate for laws and policies that ensure gender equality and help every woman and girl realize her full potential.

Their vision became Zonta International, an organization that has grown to more than 29,000 members in 63 countries, working together to make gender equality a reality for women and girls worldwide.

“For 100 years, Zonta’s vision has been to achieve gender equality,” said Susanne von Bassewitz, Zonta International president on the occasion of Zonta’s Centennial Anniversary. “Back then, our founders already knew that equal opportunities for women and men are necessary to build a better world. The last 100 years were marked by considerable progress but also by pushbacks. Therefore, at its centennial anniversary, Zonta members in 63 countries call upon governments and civil society to accelerate action to reach the UN’s Sustainable Development Goal #5 – gender equality — by 2030.”

Through continuous engagement over almost 10 decades, Zonta International has become a respected and reliable agent of civil society. Zonta International is a non-governmental organization with general consultative status with the Economic and Social Council of the United Nations.

Zonta International promotes and strives to protect the human rights of all women and girls and reduce the incidences of violence against them. Since 1923, Zonta has provided more than $40.9 million to empower women and expand their access to education, health care, economic opportunities and safe living conditions. Zonta’s nearly 1,200 clubs support local and regional initiatives in 63 countries worldwide.

The Zonta Club of Jamestown was founded in 1921; the 12th club chartered, and continues to focus on empowering women in the community through service and advocacy. A key focus for the Jamestown club is its donations to organizations that help women and girls. During the past year, over $6,000 was donated to such organizations. Zonta Club distributes scholarships to college bound women in southern Chautauqua County.

There are also several hands-on projects throughout the year for members such as the assembly of birthing kits for international distribution and Lily’s Hope at the Cancer Treatment Center.

Zonta Club raises the funds for these donations through its Calendars of Cash sales in the fall, Lunafest film festival in the spring, and other fundraisers throughout the year.

For more information about Zonta International visit Zonta.org. To learn more about Zonta Club of Jamestown and how to become a member, visit ZontaJamestown.org.