State Of Emergency Declared After Storm 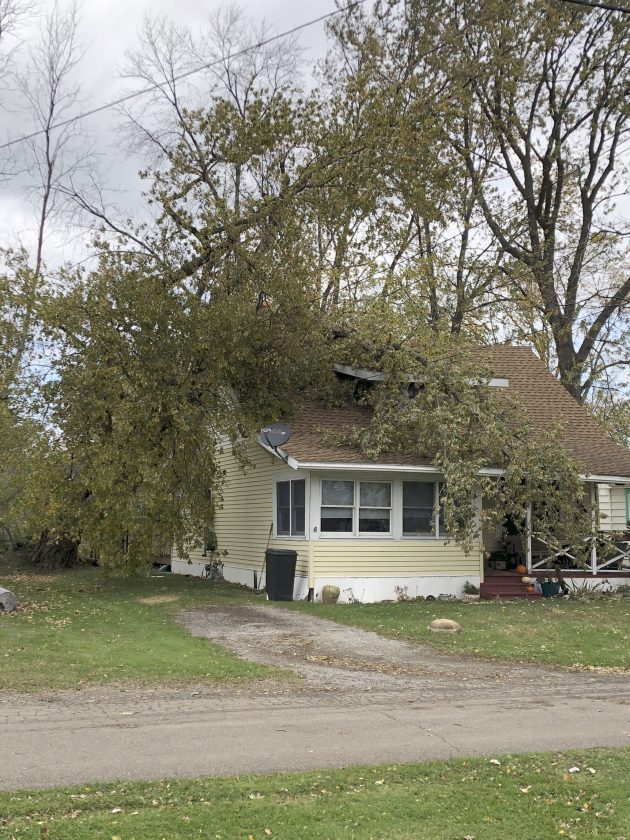 A tree fell on a house on Park Avenue in Van Buren Bay in the town of Pomfret. Photo by Gregory Bacon

DUNKIRK — Gusts topping 60 mph stirred up Lake Erie late Thursday and early Friday, apparently causing damage to the breakwall and retaining wall along Lake Front Boulevard in the city. Dunkirk’s Pier may also face some damage as debris from the waves were evident along the pavement Friday.

The structures, which took a beating earlier this week from high winds, appeared to be taking the brunt of the high wind warning. A call to Dunkirk Fire Department around 10:45 p.m. indicated the break wall problem.

Farther east, Sunset Bay was also taking a pounding. Damage and high water levels have put residents there on high alert. Throughout the early hours of Friday, emergency crews in Hanover and Silver Creek were on standby due to some needing assistance with flooding.

Downed wires and lines were reported throughout the county due to the winds, which came quickly after the Halloween evening downpours. 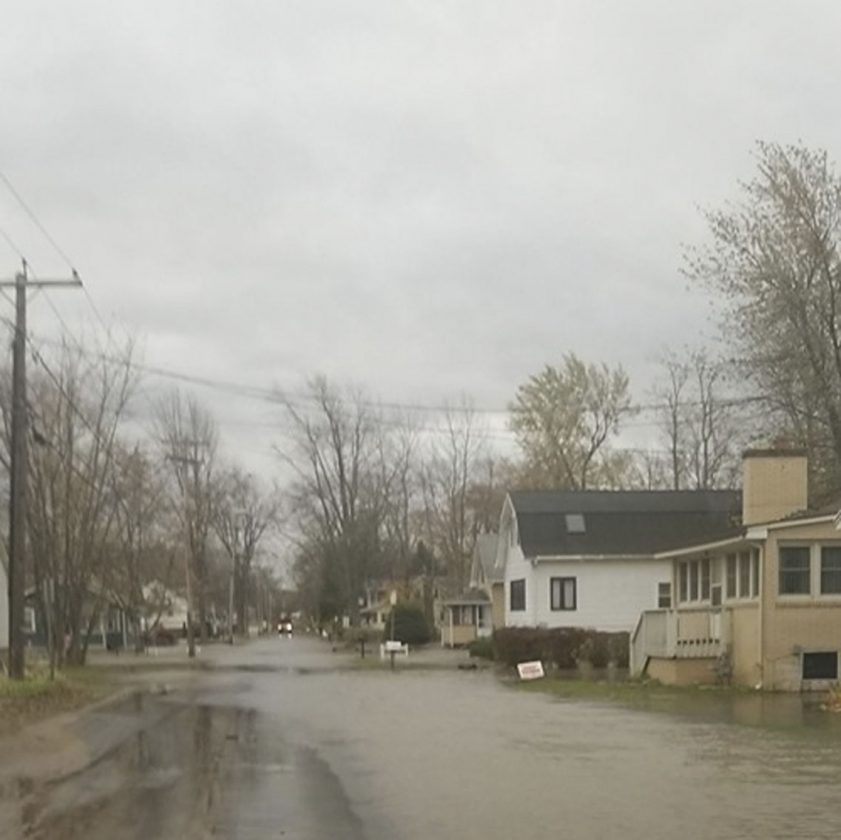 Elsewhere, icy conditions led to a tractor-trailer mishap on Route 380 and James Road at around 5 a.m. Crews were on the scene this morning in Stockton.

Officials around 7:30 a.m. announced Kabob Road between Route 380 and Waterman Road in the town of Stockton would be closed until water recedes and barricades are removed.

Friday afternoon, Chautauqua and Erie were two of 11 counties where state Gov. Andrew M. Cuomo declared a state of emergency as heavy rains and high winds have caused flooding and power outages.

The governor was deploying 200 members of the National Guard to assist localities with response and cleanup operations. The soldiers and airmen will be deployed over the next 24 hours and will be equipped with bobcats, dump trucks and front-end loaders to assist with clearing debris. The governor is also activating the State Emergency Operations Center in Albany to Level Four status and directing state agencies to continue deploying emergency response personnel equipment and personnel – most of which are already in the field. New Yorkers are advised to exercise extreme caution and only travel if necessary.

“Overnight a severe storm hit the state, bringing with it high wind gusts up to 70 miles per hour and heavy rain that caused flash flooding and widespread power outages,” Cuomo said. “(Friday) morning we did a swift water rescue in Herkimer County where a home was in danger of being swept away, taking five people out of the home including an infant. I am deploying 200 members of the National Guard to impacted areas to assist with response operations. These situations can be a matter of life and death, and I am urging all New Yorkers to exercise extreme caution and only travel if necessary.”

In Western New York, another surge of colder air could bring more lake effect snow across the higher terrain east of the lakes later tonight and Sunday morning.