Pictured are the 14 high school seniors who competed in the program, showing off their talents, skills, personalities and personal growths. P-J photo by Carly Gould

Jamestown High School student Karley Kennedy was the winner of this year’s Chautauqua Area Scholarship Program. She performed a song and dance routine “I’m Shy” from “Once Upon a Mattress” for her talent portion. P-J photo by Carly Gould 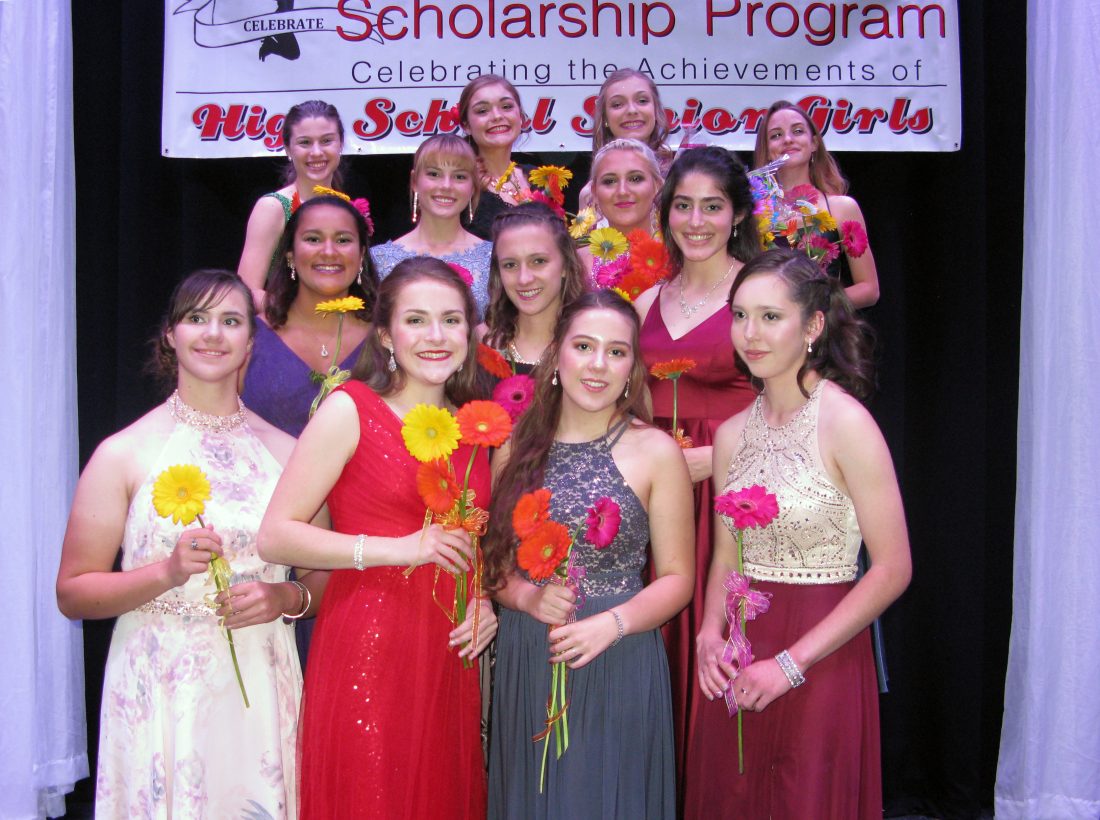 Pictured are the 14 high school seniors who competed in the program, showing off their talents, skills, personalities and personal growths. P-J photo by Carly Gould

“You will only be a high school senior once,” said Karley Kennedy, winner of this year’s Chautauqua Area Scholarship Program. “Enjoy it.”

Kennedy was one of 14 high school seniors who competed in the program, showing off their talents, skills, personalities and personal growths. Kennedy won $4,000 for the top honors in the program plus an additional $1,500 in awards in other categories, including talent, panel interview and impressions.

“I heard about the program through dance class and I just wanted to be a role model for young girls,” Kennedy said. “When I was in elementary school, I was very shy and now I’m very outgoing.”

Her talent portion, a theatrical performance of “I’m Shy” from “Once Upon a Mattress,” reflected herself, she said. The song is ironic, because the singer is not shy at all, and she said it perfectly represented her own personal growth.

The competition is not just the pageant, but also mentoring “little sisters,” months of rehearsals and interview processes. Scholastic achievement, panel interviews, talent, physical fitness and self-expression each made up 20% of the total scores. Summer Dracup from Panama High School and Brynn Pagett from Randolph Central School won the award for the scholastic achievement, Kennedy and Valerie Crouse from Randolph Central School won the panel interview category, Kennedy and Dracup won the talent portion, Pagett and Anna Tarapacki from Maple Grove High School won in physical fitness and Tarapacki and Dracup won in the self-expression category. 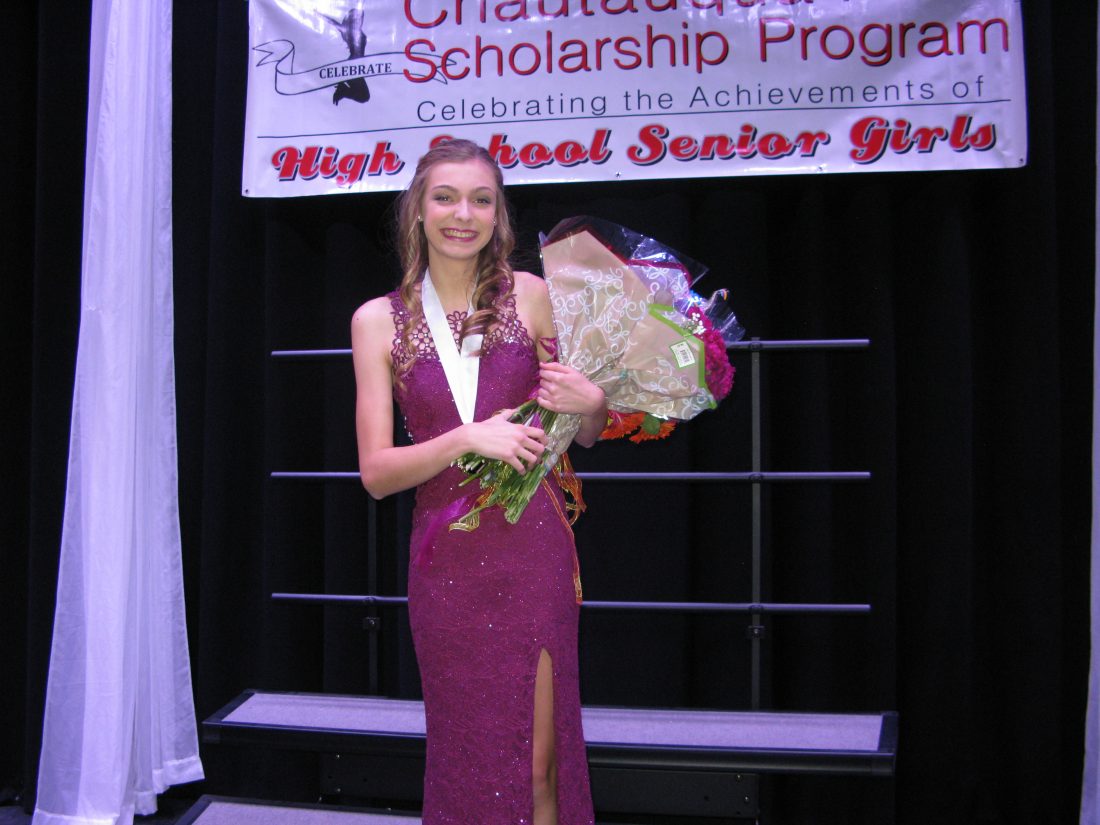 Jamestown High School student Karley Kennedy was the winner of this year’s Chautauqua Area Scholarship Program. She performed a song and dance routine “I’m Shy” from “Once Upon a Mattress” for her talent portion. P-J photo by Carly Gould

The theme for the program this year was “Light up the Night,” reflecting the light that the 14 contestants have on others and themselves.

The CASP pageant entered its fourth year, and managed to raise over $16,000 this year.

The competition had three runners up this year, with third place runner up being Chautauqua Lake High School student Logan Walczak, winning $800; Dracup winning second place and $1,000; and Pagett was the first place runner up, winning $2,000.

Sophie Schweiger, from Jamestown High School was picked by the other contestants to win the spirited award, while Courtney Grey, also from JHS, won the mentoring scholarship. Allyson Buck from JHS was the winner of the personal growth award and Tarapacki won the director’s scholarship.

“This all feels like a dream and I don’t want to wake up,” Kennedy said upon winning. “I just wanted to do the program with my friends, and it’s all so surreal and humble. I never expected to win.”

Kennedy plans to go to college to become pediatric physician assistant so she can work with children in the future. She, like the other contestants, developed a strong bond with her third-grade little sister, Cecelia Wilson, who said she would like to enter the program when she becomes a high school senior.

“I’m so excited Karley won,” Wilson said. “I wasn’t expecting it and I’m just so happy for her.”

Adam Owens, who stars in many plays and musicals in Jamestown and was the Master of Ceremonies for the pageant last year, renewed his role this year. His co-host was the winner of last year’s pageant, Elyse Jones, who had also won in the talent portion of the competition.

“I remember what it was like to be up on that stage,” Jones said. “But as I said during my time, I’ll say it again. Just be yourself. Be the best that you can be.”

She and her little sister, Gracie Watkins, performed a piano and dance number during the show this year as well.

“I would like to thank my parents, my sisters, my chaperone Mary Watson, my little sister’s family, Christine Yokum, Katie Bell (the chairwomen of the program) and all the other contestants,” Kennedy said. “(This program) means so much to me. It changes you and makes you stronger. You learn so much about yourself and all the other people around you.”