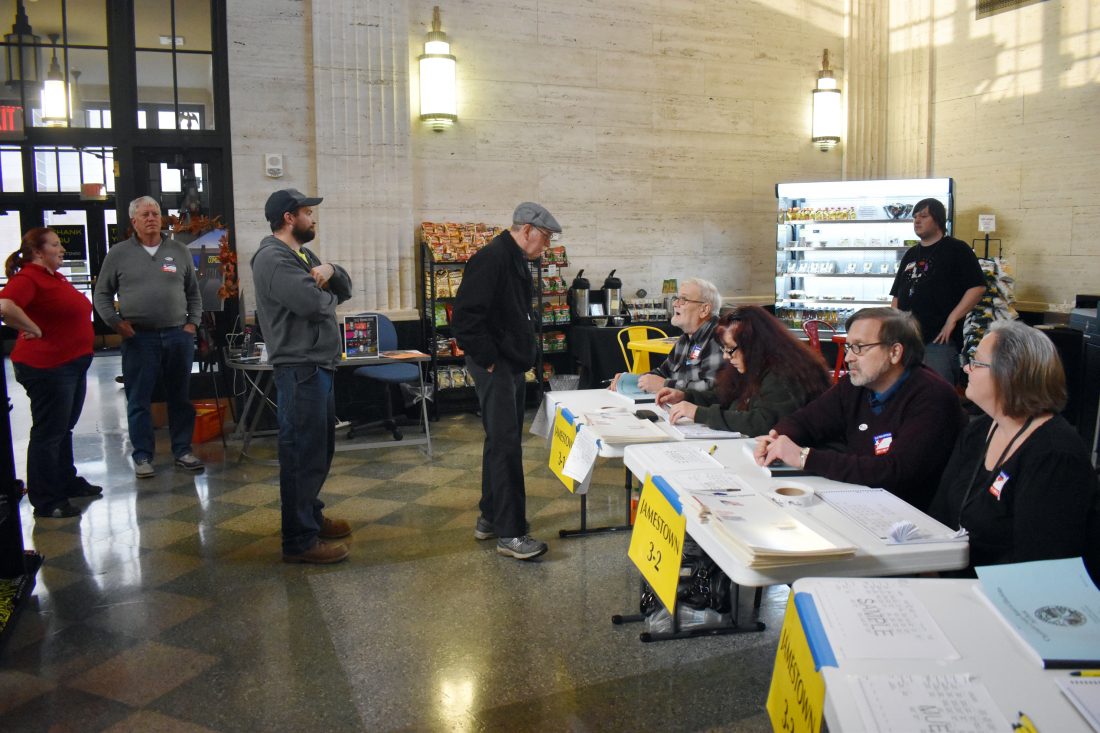 Voters are pictured in the center section of the National Comedy Center, Tuesday. P-J photo by Carly Gould

Incumbent Willie Rosas had a tough election night fight to retain his position as Dunkirk Mayor, eking out a 1,590 to 1,542 vote lead over challenger Shaun Heenan in unofficial results.

Rosas leads by 48 votes with 123 absentee ballots still to be counted.

Races for the Dunkirk City Council were won by Republican Paul VanDenVouver, 1,757 to 1,259, over Democrat Frank J. Beach for an at-large position. In Ward 1, Donald Williams Jr. was elected with 1,770 votes to Republican Dennis Welka’s 1,157 votes. Democrat Martin Bamonto was unopposed in Ward 2 and received 2,197 votes. In Ward 3, Republican James Stoyle was elected with 1,829 votes to 1,187 votes for Democrat Miriam Lugo Alfaro. Nancy J. Nichols earned the Ward 4 position with 1,610 votes over Democrat Michael Civiletto’s 1,401 votes. Mark Woods (2,475) was unopposed for Dunkirk treasurer and Thomas Mleczko (2,454) was unopposed for the City Clerk Board of Assessors.

In other town election results:

¯ Chautauqua — There were no contested races in the town of Chautauqua, with Democrats running unopposed. Don Emhardt will remain as town supervisor, receiving 722 votes. Rebecca Luba will continue as town clerk with 926 votes, Timothy Hull will serve as town justice with 694 votes, Kenneth Burnett and Scott Cummings will be on the Chautauqua Town Board with 725 and 877 votes, respectively, and Daniel Thorsell will be the highway superintendent after receiving 915 votes.

¯ Cherry Creek — William Young will remain as town supervisor after running unopposed and receiving 174 votes while Mia M. Abbey will remain as tax collector after also running unopposed and receiving 196 votes. Three candidates ran unopposed for the Cherry Creek Town Board, with Republican Bruce Hendricks leading with 129 votes. Democrats Ryan Lepp and Matthew West received 108 and 102 votes, respectively, with the race possibly to be decided by absentee ballots.

¯ Dunkirk — Running unopposed, Republicans G. Jay Bishop and Henry Walldorff were elected to the Town Board with 211 and 208 votes, respectively.

¯ Ellery — Republicans ran unopposed for all four town offices on Tuesday. Arden Johnson (792 votes) continues as town supervisor while Mark Schlemmer and Steven K. Hayes were elected to the Ellery Town Board with 786 and 816 votes, respectively. Rebecca Haines will continue as town clerk with 878 votes and Greg Hallberg will be highway superintendent with 853 votes.

¯ Ellicott — Ellery’s town supervisor will only have to run for office once every four years after a local law extending the supervisor’s term was approved, 910 to 617.

Only one race was contested, with incumbent Ellicott Town Board Katy Whitmore, a Republican, elected with 300 votes over challenger Vanessa Braun of the Working Families party with 43 votes in Ward 3. Democrat Patrick Tyler was unopposed in Ward 1 with 234 votes and Republican Daniel Heitzenrater received 396 votes in Ward 4 and Janet Bowman, a Republican, received 396 votes in Ward 2. Patrick McLaughlin was re-elected with 1,413 votes, Amy Bellardo was elected town clerk with 1,607 votes and Marilyn Gerace was elected town justice with 1,258 votes.

¯ Kiantone — There were no contested races in Kiantone. Republican Joshua Ostrander will be town supervisor after receiving 298 votes; Republican Gail Davis will be town clerk after receiving 298 votes; Republicans Timothy Kolstee (281 votes) and Valerie McDonald (267 votes) were elected to the Kiantone Town Board and Democrat Robert Carlson was elected highway superintendent with 285 votes.

¯ Propositions to increase the terms for town supervisor, town clerk and highway superintendent from two years to four years were approved by votes of 273-208, 299-205, and 306-186, respectively. Republicans ran unopposed for elected office, with Robert Yates continuing as town supervisor after receiving 424 votes, Nancy Thomas continuing as town clerk after receiving 424 votes, and Louise Ortman and Duncan McNeil being re-elected to the North Harmony Town Board with 399 and 390 votes, respectively. Dan Strickland was re-elected highway superintendent with 427 votes.

¯ Portland — Republicans Gary Miller and Patricia Farrell ran unopposed for the Portland Town Board and received 549 and 529 votes, respectively. 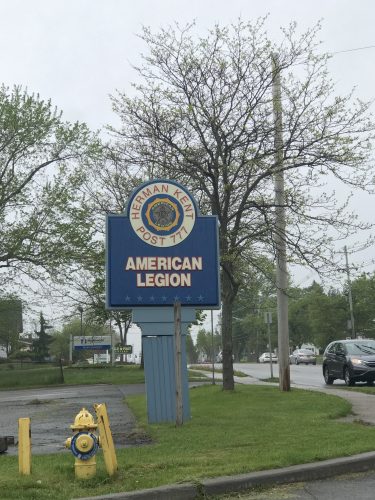