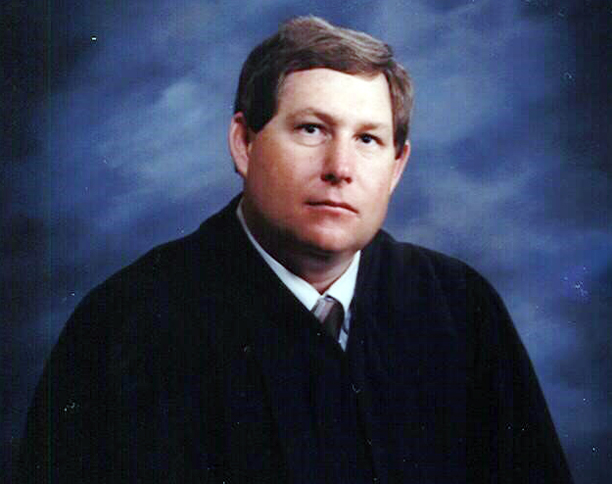 SHERMAN — About 35 Sherman area residents attended a special informational meeting in the school auditorium to discuss the proposition to reduce the number of town justices from two to one by eliminating the position of James Van Volkenburg.

At its Sept. 5 meeting, the Town Board voted to eliminate the position. Van Volkenburg, who has served as a justice for 32 years, and Justice Doug Neal were invited to be present at the meeting.

Van Volkenburg circulated a petition to put the board’s decision to a public vote. While the petition required only 25 signatures, 72 residents signed the document. The town then called the informational meeting and set a special vote for Tuesday, Nov. 19.

The vote will be held from noon-9 p.m. at the Stanley Hose Company in Sherman. The ballot states: “Shall the resolution entitled, ‘Resolution to reduce number of town justices from two to one,’ duly adopted by the Town Board of the Town of Sherman, New York, on Sept. 5, 2019, be approved?”

In his introductory address to those at the meeting, town Supervisor Mark Persons said there has been a steady decline in the number of court cases handled by the court. Furthermore, he said, much of the court work is performed by the town clerk, and improvements in the state judicial software have streamlined the process.

Persons shared data that said in 2014, there were 1,206 court cases in the town. That number declined to 559 in 2018. In the current year, there have been 417 cases to date. This reduction is due largely to the lack of construction on Interstate 86 and the relocation of the state trooper office, he said.

Van Volkenburg said he had received a letter from Persons requesting that he and Neal attend the Sept. 5 meeting. This was the first time in his 32-year career that he had been requested to attend a meeting, he said.

“However, the decision to reduce the number of justice positions from two to one was already made,” Van Volkenburg said in his speech. “The supervisor said revenue was down and one judge could handle the caseload with no increase in wages. He stated that my wages would be better spent on maintaining the cemetery.”

Persons said in his address that the town consulted attorney Joel Seachrist who advised them on the legal process of eliminating a judge’s position. The move must be made at the end of the judge’s term, he said.

“To that end, the board passed a resolution in September eliminating the Justice Court position held by James Van Volkenburg. That resolution was effective, pending the outcome of a permissive referendum, if so asked for by 25 or more petitioners,” he said.

Van Volkenburg’s wife, Rose, said that Persons stated that the town had been considering this move for two years, but waited until Van Volkenburg had successfully run for re-election.

“That’s what we asked,” she said. “Why did you let him get his name on the ballot and run when you were not going to have a position for him?”

Van Volkenburg went on to note in his speech that revenue from the justice system comes mostly from vehicle and traffic fines, but the position involves many other cases, such as landlord/tenant disputes, small claims, Child Protective Services and preliminary hearings.

Furthermore, Van Volkenburg said New York state requires “every judge to complete 12 educational hours annually along with passing state written exams to be certified. There are also the monthly magistrate meetings. Many are required to attend. As you can see, a judge puts in many hours keeping up-to-date on changes to current laws and procedures that do not produce revenue.”

Van Volkenburg said that his annual salary is $6,630. If the Town Board does decide to reinstate his position, however, his salary will drop dramatically.

“By law, when they reinstate a position, they can also set the wages,” he said. “They have done this by reducing my salary by 55% to an annual wage of $3,000. After 32 years of service to this town, this is a slap in the face. Is it legal? Yes, but morally wrong.”

Village Mayor Colleen Meeder attended the meeting. While she said she could not comment because it was conducted by another municipality, she said that Van Volkenburg’s service went far beyond revenue.

“You really cannot measure the value that Jim is to the village in dollars and dockets,” she said. “I see Jim involved in a lot of matters as a judge. There is not a direct revenue correlation.”