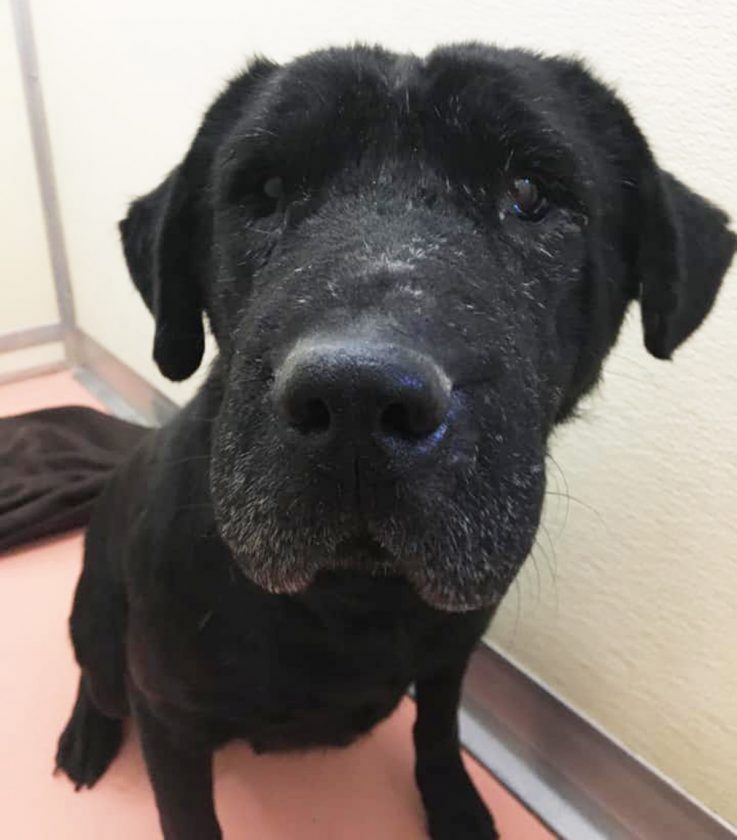 Thirty-nine dogs were recused from a property in Warren County on Friday by members of the Paws Along the River Humane Society’s Cruelty Division. Submitted photo

Numerous complaints concerning the health and living conditions of dogs at a Pittsfield Township property led to the seizure by Paws Along the River Humane Society’s Cruelty Division on Friday.

“We’re out there, answering calls, doing what we’re supposed to do,” said Karen Kolos, Paws executive director. “We’re here for the animals; they’re our number one priority.”

Charges have not yet been filed, but the situation is being investigated as a cruelty to animals violation, Kolos said.

Warrants were served at two homes on Friday, and a total of 39 dogs seized from the residences. The dogs were found without proper shelter, in need of veterinary care, and living in unsanitary conditions, according to Kolos.

No deceased animals were found in either residence. One puppy had to be taken to Kinzua Veterinary Clinic based on the condition he was found in.

“There’s a lot of issues to deal with,” Kolos said. “It was a very cold, terrible day Friday. Fighting with the weather, the cold and the sheer number of animals that had to be rescued was a lot. We’re just trying to get them settled, safe and warm.”

Eight shelter staff members and volunteers helped with Friday’s six-hour seizure. The group was assisted by the Pennsylvania State Police.

“They’re very frightened,” Kolos said of the dogs. “They were living in a pack situation so you can’t just hook them up on a leash and walk them out. Many had to be carried out because they weren’t used to leashes and collars.”

The dogs have been taken to Paws Along the River for care and rehabilitation.

“Most (of the dogs) are mixed (breed), medium to large. They range from puppies, young, and older dogs,” said Kolos. “Because there were so many living together, they had opportunity to breed with each other.”

It took the volunteers an additional seven hours to get the dogs cleaned and cared for, and help is still needed.

“We need help with laundry, dishes, and general cleaning, that’s really important,” Kolos said. “We’re overwhelmed and it’s enormous to make sure these dogs are clean and safe.”

Those wishing to volunteer may submit a volunteer application either in person at 212 Elm Street, Warren, or online at PawsAlongtheRiver.org.

Monetary donations are being asked for to provide for veterinary costs, as well as donations of wish list supplies that are always graciously welcomed to help in their care, said Kolos.

The next step will be speaking with the property owners and the district attorney, she said. An investigation is ongoing.

“This is one of the worst I’ve seen in a long time,” Kolos said, noting that the dogs rescued Friday are not yet ready for adoption and “forever homes.”